Renato Sanches slowly piecing his career back together

Renato Sanches was on top of the world when he aided Portugal to an unprecedented triumph at Euro 2016. Named young player of the tournament, the youngest of the young to win the prestigious gong, he earned a contract with perennial Bundesliga champions and Champions league contenders Bayern Munich. He aged quickly at the Allianz Arena.

Perhaps the big move from Benfica came too soon. His rapid ascent ended in a tortuously slow free-fall that included a tepid loan spell during Swansea's 2017/18 relegation season in the Premier League. Intended to revitalise his stalled career, his time at the Liberty Stadium instead resembled the Porsche Jermaine Pennant once left in a Zaragoza rail station car park for five months, later claiming he "forgot" he owned one. In 15 appearances for the Swans, Sanches did little to remind Bayern he was their property. Unfortunately, die Roten couldn't forget with the English and German press continually reminding them. His most memorable moment in a white and black kit? Mistaking an advertising hoarding for a teammate and passing the ball directly to its feet on the other side of the touchline. Erstwhile Swansea manager Carlos Carvalhal felt success went to the young star's head.

Renato has a big talent, but he has much to learn. He stopped learning when he left Benfica and went to one of the biggest clubs in the world.

Three years later, Bayern need no longer be reminded. Sanches now plays his football in Ligue 1 with Lille LOSC. The French club made him their record signing in August, shelling out €25 million to the Bavarians. In Northern France, the 22-year-old decided to learn again. Moving from Bayern Munich at his own request, the midfielder slowly rebuilds the tattered remains of his promising career.

A key figure at the base of Christophe Galtier's midfield, he no longer stares the Championship in the face. With Lille in fourth, Sanches finds himself in contention for the Champions League again. After netting three times in all competitions, fans can see why the club made him their flagship signing.

On a four-year contract, his star rises again. Lille's emergence in French Football charts a parallel trajectory. After several lean years, Les Dogues bark at the top dog's heels again. Signing Sanches was a low-risk move for the club.

Similarly, there is little pressure on the player when compared to life at Bayern. He is freer to express himself. The unstoppable runs, intricate passing and bustling tackles that propelled him to stardom at Euro 2016 now creep back into his repertoire. His confidence shines again.

Another scintillating performance against Angers last weekend capped off with a fine goal. Receiving a pass from Luiz Araujo, he then drove at his marker before unleashing a powerful drive inside Ludovic Butelle's near post. 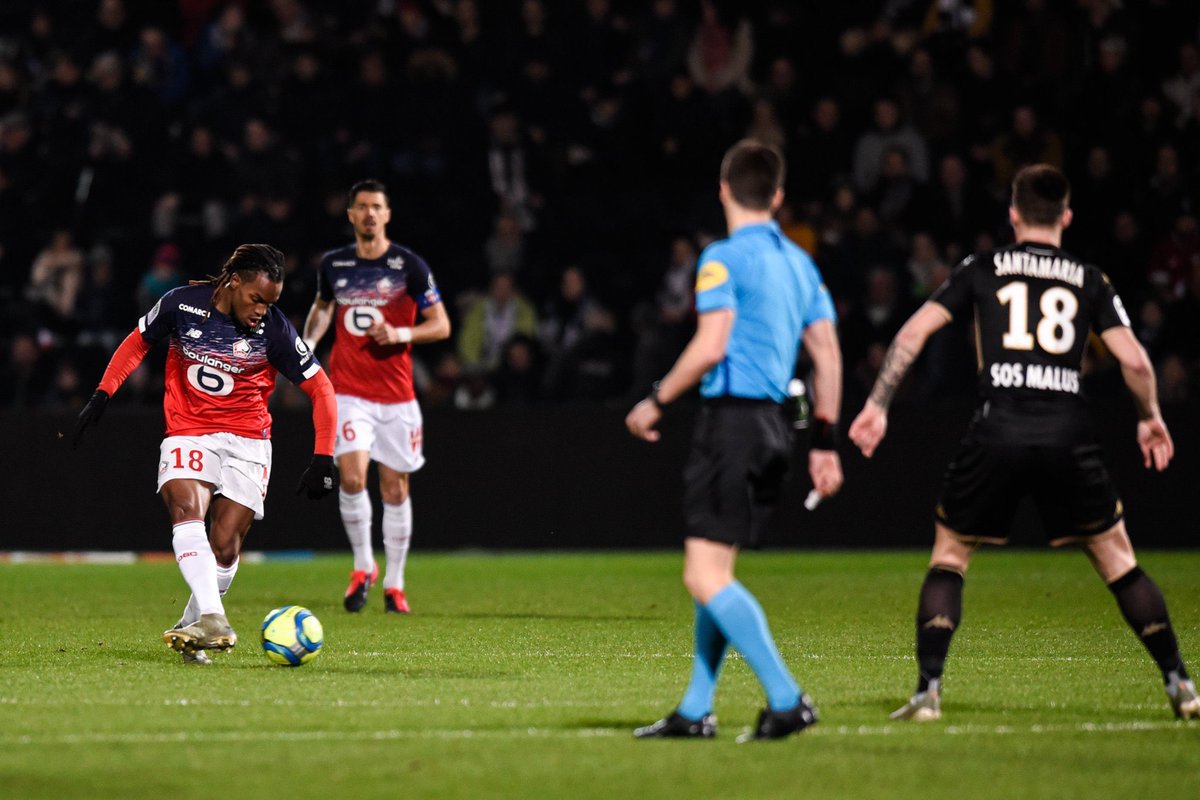 Sanches displays the consistency and focus he lacked with Bayern and Swansea. The Portuguese midfielder completes 2.5 dribbles per game, 1.4 key passes and tests the keeper with an average of 1.5 shots per game [WhoScored]. He enjoys his football again.

Now the question becomes whether Sanches can maintain his fitness and form while waging a difficult battle to force his way back in the Portugal setup for this summer's European championship. His last appearances for his country came in 2018 before unrest at club level curtailed his international career. He faces fierce competition to make Fernando Santos' squad. Players such as Bruno Fernandes, Bernardo Silva, Joao Moutinho and Ruben Neves form the bedrock in the centre of the park. It's difficult to see where Sanches fits in if he returns to the fold.

He did earn a surprise call up in September, an indication that Santos still rates him. It's just the first step, however. With the quality at the 65-year-old's disposal, Renato Sanches must not stop learning if he is to put his career permanently back on track.