Roma 4-2 Liverpool: Did you enjoy the goal fest?

Liverpool faithful were left delirious after their side reached the Champions League final for the first time since 2007. With a three-goal cushion coming into the second-leg, a place in Kyiv remained in doubt after Roma's comeback against Barcelona in the previous round. With good reason as it turned out. The Reds had to crawl over the finish line as Roma fought defiantly until the final whistle.

In the minds of many, Roma was making a thorough embarrassment of themselves in the semi-final when Roberto Firmino headed home James Milner’s cross to bring the first-leg score to 5-0 after just 68 minutes. The tie was far from over. Two more goals were scored on the night to bring the full-time score to 5-2. Roma needed three clear goals at the Stadio Olimpico to make it to Kiev. They got four but their defence leaked two.

The series gave us 13 goals, the most interesting Champions League semi-final witnessed in years. It was packed with excitement, goals, gaffes, near-misses, and errors. How could you not be entertained?

Liverpool did not make Barcelona's mistake. They attacked, albeit not as ferociously as in the first leg. Over 180 minutes, the Reds potted seven against an Italian side who had shown Barcelona the door in the previous stage; Liverpool fans celebrated two goals each from Mo Salah, Sadio Mane and Roberto Firmino. Georgino Wijnaldum provided the seventh. James Milner got in the act, too, but his 'headed' goal came at the wrong end.

Barca failed to score at the Stadio Olimpico in the quarterfinals. Liverpool had one within nine minutes. Radja Nainggolan's ill-advised blind pass allowed the Reds to counter with Sadio Mane finishing.

Roma weren't far behind. Six minutes later, a clearance hit James Milner in the face and found goal to square the game at one and make the aggregate 6-3.

On 25 minutes, Georginio Wijnaldum set the Giallorossi's final target, giving the Reds a four-goal aggregate lead. Jurgen Klopp’s side was a joy to watch soaking up Roma and assaulting Alisson Becker’s goal at will. It didn’t last the entire game though.

Il Lupi remained determined to repeat the last round's historic come-back. Eusebio di Francesco’s men kept pushing. Their reward was a respectable scoreline at the end of the encounter.

Roma gave us five goals to relish, and an own goal they can claim. In the first leg, Edin Dzeko scored a late consolation and Diego Perotti slotted home a penalty to keep Giallorossi hope alive coming into the second game. At the Olimpico, Dzeko scored again as did Nainggolan who claimed a late brace in a desperate effort to make up for his early gaffe.

The Belgian's success came too late, on 86 minutes, then four into stoppage time. Still, Roma's resolute performance ensured that the 7-6 aggregate defeat looked more like a penalty shootout loss than the whitewash they had faced at Anfield.

Standout performers over both legs

Mohamed Salah: The Egyptian was kept quiet for most of the second-leg but he dismantled the Giallorossi in the first with two goals and a couple more assists. Liverpool still had a job to do in the second leg but the critical damage had been done by their talisman.

Sadio Mane: With Salah always getting the headlines, it’s easy to forget Mane already has nine goals in ten appearances in this competition. The Senegalese got one in the first-leg and another at the Stadio Olimpico to sink Roma.

Trent Alexander-Arnold: The 19-year-old Englishman has had a brilliant campaign since Jurgen Klopp gave him an opportunity. As with Manchester City, he shone against Roma. He made an uncharacteristic error in the second leg but is the only member of the Liverpool defence who gets a mention. What do you expect when they conceded six goals over the two legs?

Radja Nainggolan: The Belgian tried to carry his team on his shoulders. He couldn’t do it with the Merseysiders' nipping at his heels. Yet, it’s impressive to note the heavily-tattooed footballer scored twice in five minutes against Liverpool. Does that mean Liverpool will have to focus on Sergio Ramos rather than Cristiano Ronaldo in the final?

Edin Dzeko: The Bosnian was potent in attack throughout the tie. The Liverpool defence struggled to contend with his slippery movement. He was rewarded with two goals, although he should have gotten more.

Patrik Schick: Here is a player who was a nuisance to Liverpool from the moment his manager sent him into the fray in the first leg. In the full 90 during the second leg, he completed five dribbles and found pockets of space to exploit the Anfield side. Schick should have scored in this tie. Had he played the entire 180, he may have, and Reds fans would be singing a different tune. 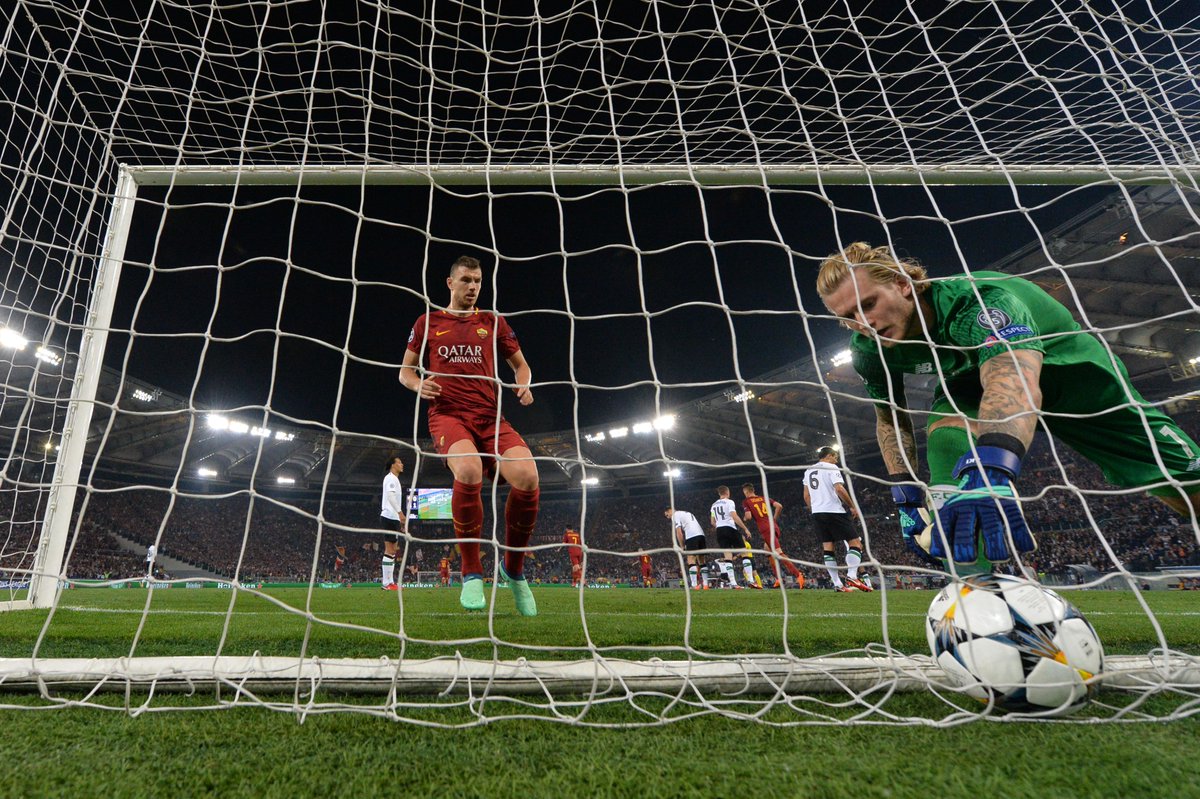