By Robert Wiltshire
British Football Dejan Lovren England Everton Fc Liverpool Merseyside Derby Opinion Premier League Ross Barkley Slider Articles
A few years ago, Ross Barkley broke onto the scene and before long everyone believed he would evolve into the next Frank Lampard or Steven Gerrard. Football fans everywhere expected him to become a fantastic creative midfielder. However, he has made no progression as a player and has done little to show why he should be in the England squad.
Last season was Barkley's best. He linked well with Romelu Lukaku and the other attackers and scored twelve goals in all competitions. Supporters of Everton and England hoped he would build on this impressive form, but he has been fairly ineffectual this season and bad habits have crept back into his game.

The Merseyside derby exposed these habits as Barkley had a day to forget. Everton fans must have been so frustrated with the high amount of poor touches he had and his failure to really test Simon Mignolet. The rest of the team were also way below par but Barkley's performance was highlighted, perhaps because of a couple of dreadful challenges he made.

The first foul on Emre Can was certainly worthy of a yellow but he received nothing for it. The next was even worse. Barkley played the ball too far in front of him and was beaten to it by Dejan Lovren. Barkley's studs landed above the defender's ankle and the way Lovren's leg bent back showed how it could have been a leg-breaking challenge. Incredibly, he was only booked for it and somehow escaped a straight red. 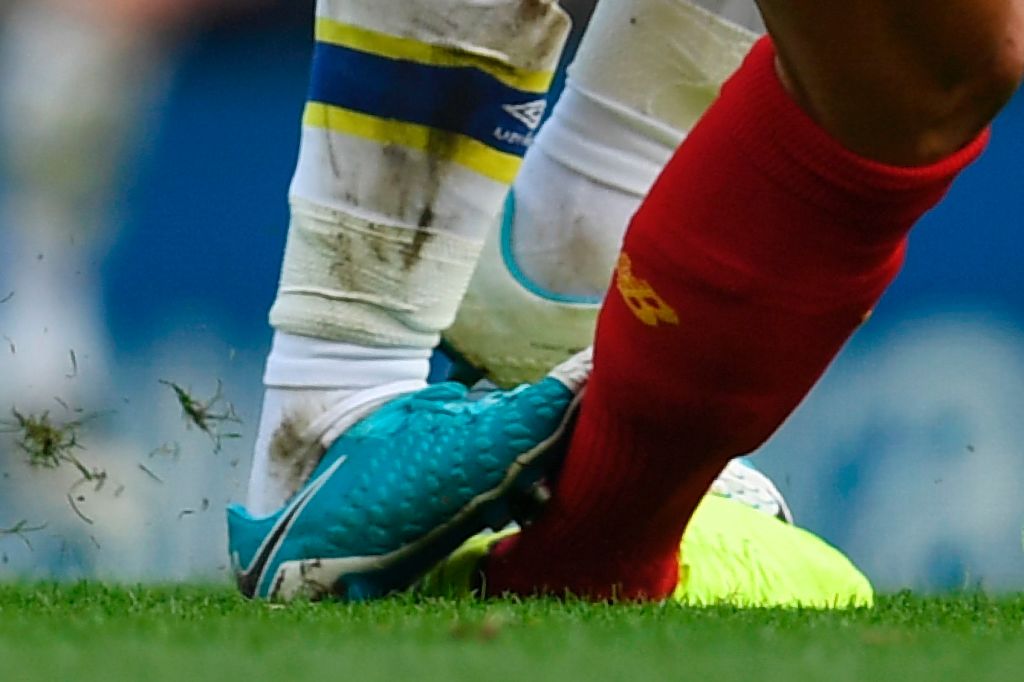 Match of the Day
BBCMOTD
Follow
Some image this...

This is Ross Barkley's challenge on Dejan Lovren that resulted in his booking https://t.co/m7L9qxjkN7 #LIVEVE https://t.co/Sq3JcG5DWC
Follow
13:43 PM - 1st Apr 17
99
134
There were very few moments in the game where he showed what he does best, turning with the ball. On occasions, Barkley is able to get out of really tight spots or breeze past defenders by turning out of trouble and using his strength on the ball to shrug off opposition players.

At times, this strength can also be his downfall. The confidence he has on the ball causes him to hold on to it for too long and he often misses the opportunity to make a killer pass. He enjoys having the ball at his feet too much and this greediness has caused him to be caught in possession countless times. It is a shame because he is a real raw talent but he decision making is atrocious and does not seem to be improving.

A number of fans and pundits have said that if he was at a better team he would be performing a lot better but I completely disagree. First of all, he has everything he needs to be successful at Everton. Behind him, defensive midfielders like Idrissa Gueye and Gareth Barry give him license to stay higher up the pitch and occupy dangerous positions. Having one of the best strikers in the division ahead of him is also a luxury and he should be making the most out of playing with Lukaku whilst the Belgian is still at the club.

Secondly, someone like Gylfi Sigurdsson proves that creative players can shine in the Premier League, even at smaller clubs. Swansea are fighting for their lives but the Icelandic man is the joint top assister in the league (on 11 with Kevin de Bruyne). For me, Everton is a perfect fit for Barkley and he has not deserved a move to a top six club. A move away could also put more pressure on him.

Maybe his decline in form comes down to pressure and the ridiculous expectations we put on young English players. In saying this, at the age of 23 he is not a young player (in football terms) anymore and hopefully he will be able to get on with playing football and benefit from not being in the media's spotlight every week. Either way, if he wants to be the main man at Everton and a regular in the England squad, he must improve drastically.