Sadio Mane is a marvel. How the Liverpool striker manages to maintain such an explicit level of consistency is best described in comics. There’s plenty to cheer from the Senegalese powerhouse. He's finally receiving recognition he’s earned, not just in his native Sedhiou, Senegal, but around the African continent and in Europe. Despite his quality, however, he just isn't Ballon d'Or material.

One look at Mane and you can tell this man means business. He’s not one to mess around on the pitch or off it. It’s all straightforward. Get in there, get the job done and get out. Such rhetoric is often found with footballers from very humble beginnings. Cristiano Ronaldo provides the best example.

Growing up in Bambali, Mane watched from impoverished surroundings as his countrymen stunned the world by reaching the World Cup quarterfinal in 2002. Undoubtedly, it represented the best way to escape poverty. Purpose found, Mane pursued his destiny with grit and unflinching determination. It wasn’t long before he secured a move abroad to play for French side Metz in 2012.

Mane didn’t linger in France. He left for Austria less than a year later to play for RB Salzburg. At Salzburg, his potential became evident to clubs around Europe. Southampton paid attention and money to bring him to England. With his immense talent on display in the Premier League, it was only a matter of time before a top side snapped him up. In one of their many South Coast raids, Liverpool poached the Senegalese sensation.

Playing at a massive club catapulted Mane’s career. The attacker helped himself by sustaining the determination and drive that brought him to Anfield in the first place. Today, Mane is caressing the football stratosphere. His achievements with Liverpool are already well documented. The 27-year-old is now a cult hero at the Kop.

It only makes sense that one conquers the small corner of his home before heading out to conquer the world but Mane had to accomplish the reverse. Since 2016, Mane was perpetually beaten to the African Footballer of the Year Awards. On the last two occasions, he finished runner-up to Liverpool teammate Mohamed Salah. He finally beat the Egyptian to the 2019 edition. 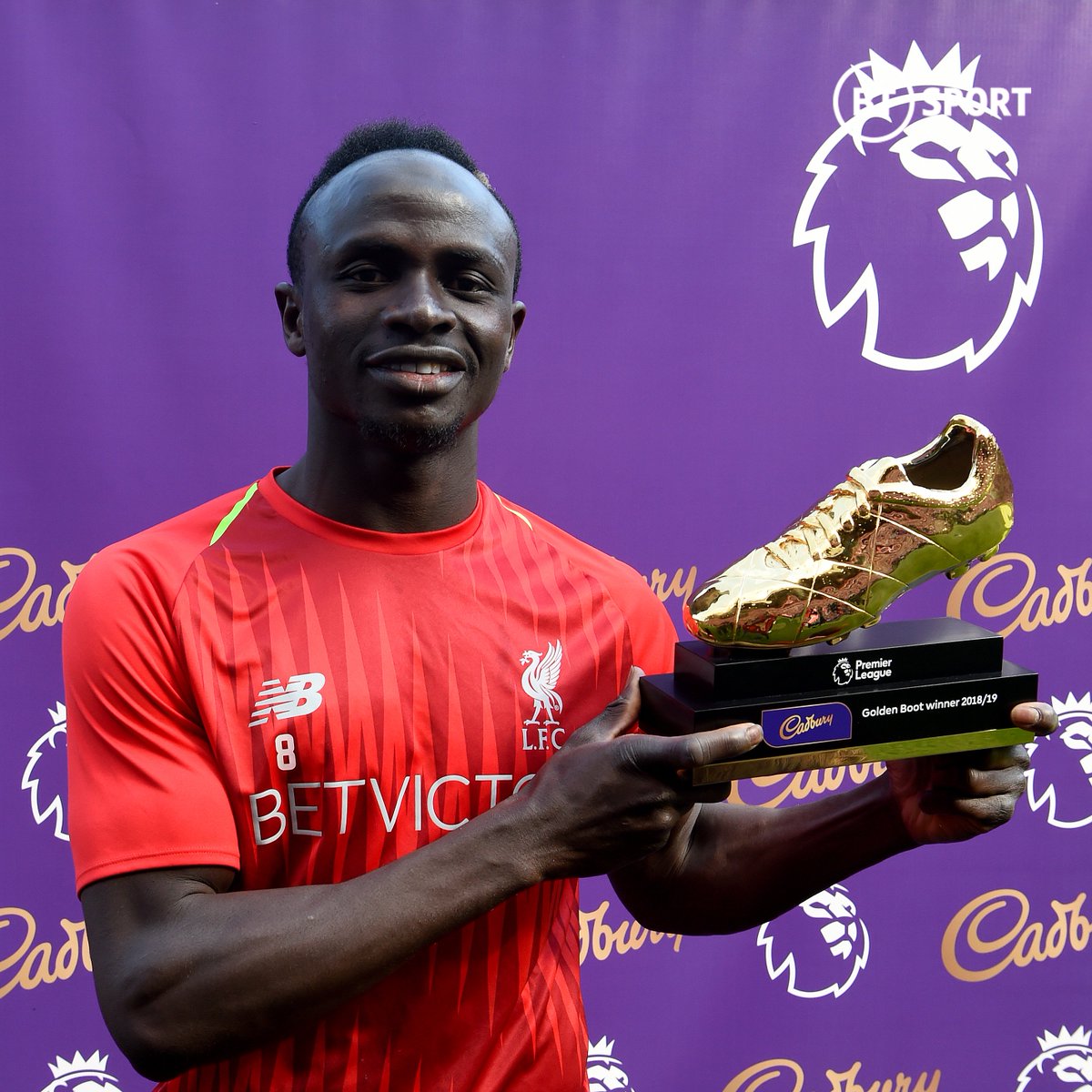 Having secured his first serious individual title, Mane can certainly aspire to many more. Nothing may stop him from winning the award as many as four times to match Samuel Eto’o and Yaya Toure. Dominating the world stage is another matter.

George Weah is the only African footballer to win the Ballon d’Or. The Liberian president claimed it in 1995 after an explosive campaign for Milan. Matching Weah’s numbers from that season [17G in all competitions, seven in the Champions League] won't be sufficient for Mane. Standards have soared. The competition is stiffer.

Mane scored 35 goals for club and country in 2019. That was only good enough to finish fourth in the Ballon d’Or voting. While teammate Virgil van Dijk's defensive influence drew the second-most votes, the two forwards who finished above Mane, Lionel Messi and Cristiano Ronaldo scored 50 and 39 goals across all competitions respectively. Consider, too, that 39 was an off year for Ronaldo. Climbing high into the 40s or 50s, especially in Jurgen Klopp's balanced system at Liverpool, is too much to ask of the Senegalese.

No African footballer finished higher than third in Ballon d’Or voting since Weah. Not the legendary Eto’o or Toure, nor Salah in the campaign when he bagged 44 goals for Liverpool. Mane is in better form than the Egyptian today but that is more a consequence of the latter's regression than the former's ascendance. Outperforming Salah is a minor step. To be taken seriously, he must outdo the likes of Neymar, Kylian Mbappe and Antoine Griezmann, not to mention Messi and Ronaldo. Who sees that happening?

Mane is a wonderful player, but the Ballon d’Or remains a pipe dream.

Should the FA scrap the EFL Cup?
By Mathew Markey

The English Football League Cup; a tournament labelled with countless aliases over the years, to the point that one could almost be forgiven for forgetting British teams only contest…