This term, Manchester United have had (more than justified) criticism heading in their direction. The Red Devils drubbed Chelsea 4-0 on opening day, though since then, things for Ole Gunnar Solskjaer went downhill quicker than an Olympic skier.

Over the last two games, United's fortunes have turned. The timely return of Anthony Martial has led to two away wins on the spin. Before that, their last victory on the road was back in March, on *that* famous night in Paris...

United's #9 has undoubtedly kick-started the 20-time Premier League champions' season, though even through the good and bad moments over the last few months there has been one constant; an ever-improving Scott McTominay.

While Jose Mourinho (rightly) receives praise for giving the then-teenager a chance during the 2016/17 term, McTominay has kicked it up a notch due to starting games with regularity. That's Solskjaer's doing and it wasn't an easy choice to make. After all, replacing two-time Premier League winner Nemanja Matic with a youngster who has played less than 50 top-flight games (at the time) was a bold decision.

Now 22, the place in the team is McTominay's to lose. At this point, the Scotland international is unquestionably amongst the first names on the team-sheet when fit. That led to some early-season frustration coming from the aforementioned Serb, but the Baby Faced Assassin's decision has been more than justified as McTominay's stock is only on the rise. As for Matic, well, it's time for me to bust out that god-awful Olympic skier analogy once again... 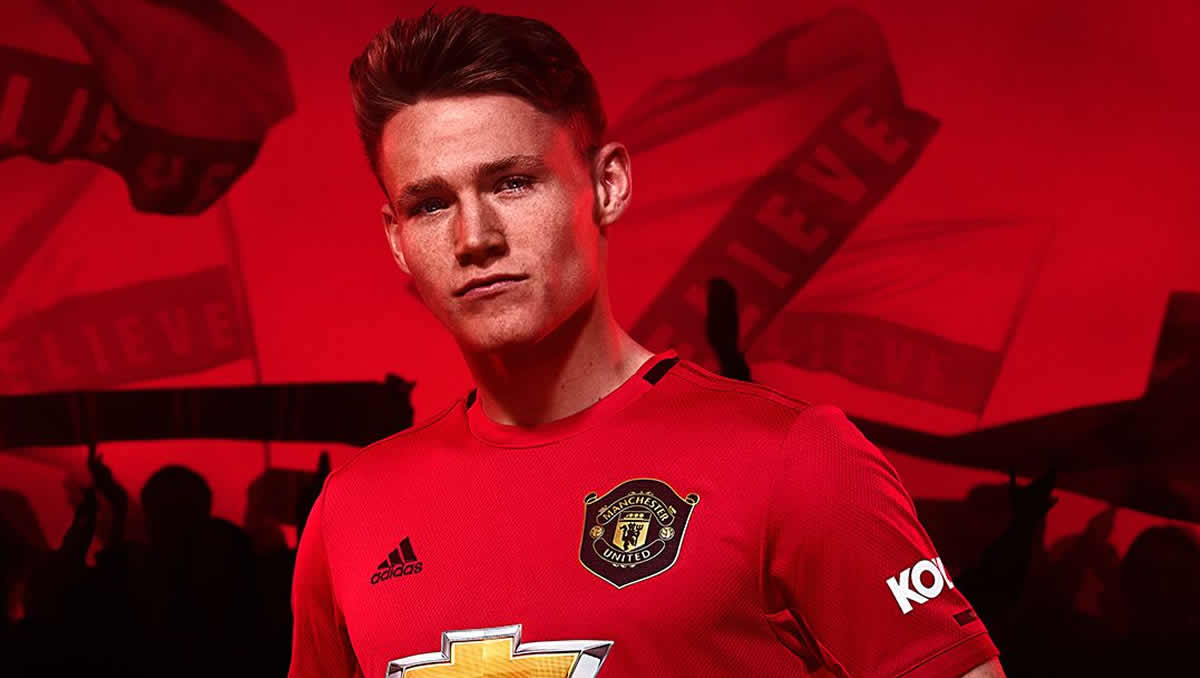 There's something special about watching academy products succeed at the club which they honed their trade. McTominay has been on United's books since the age of six. He spent fifteen years developing within the Reds' world-renowned youth system before making his first-team debut in 2017. If that doesn't convince you this young lad is committed and desired, nothing else will.

Okay, sure, McTominay's natural talents aren't at the level of, say, Paul Pogba, though sometimes that's not the be-all-end-all. You don't make it at the top-level without having ability, moreover, it's about having the right mindset first and foremost. The Lancaster-born midfielder may not be able to execute those defence-splitting passes or those inch-perfect switches of play ala his French teammate but fortunately for him, that's not what United need him for.

McTominay is in the team to bring some bite, fight and controlled aggression. The young man also shows remarkable leadership qualities for one so young - and that's perhaps why Solskjaer has been so trusting in his new on-field general.

The best thing about McTominay is that he's improving in every single aspect under the Norweigan. Although the midfielder has the utmost respect for a certain Portuguese gaffer, the proof is in the pudding. The 22-year-old has scored four career goals. All have come with Solskjaer at the helm. That's an indication that United's #39 is being given more freedom under the new regime which is benefitting both player and team endlessly.

I guess what I'm trying to say is that it's time to stop viewing McTominay as a limited footballer who's only in the team because he's one of United's own. Rather, this is one player who's come on leaps and bounds over the last twelve months - and credit for that has to go to Solskajer.