It must have been heartbreaking for Semi Ajayi to watch Rotherham United suffer relegation last term - despite having arguably the best season in his career. The 26-year-old shone brightly in both midfield and defence for the Millers and won the club’s Away Player of the Season award in the end as an appreciation of his efforts.

But he was too good to go down with the club. Having come so close to playing Premier League football when he made the substitutes bench four times for Arsenal under Arsene Wenger in the 2014/15 campaign, it was time to pursue the dream rather than fall deeper into the abyss.

The Baggies have been seeking a way back to the big time since suffering relegation from the English top-flight in 2018. After an unsuccessful attempt under Darren Moore who led the side to a fourth-place finish in the Championship last term and failure to make it through the playoffs under caretaker manager James Shan, it was time to go big.

The club made a bold move for Slaven Bilic last summer who was out of work at the time after leaving Saudi Professional League side Al-Ittihad. Having managed the Croatian national team and some relatively big club sides in Europe like Lokomotiv Moscow and Besiktas, the Croat could have easily turned down a Championship side to wait for a more juicy offer. Except that he didn’t...

In fact, the 51-year-old was happy to take the job. Most of the club's fans would be happier now that he did. The general expectation was that a manager of such pedigree will lead the club back to the top flight. So far, he has not disappointed. West Brom occupies top spot in the Championship table. Barring any unforeseen collapse in the remaining 16 games of the campaign, the club should grace the Premier League next term. 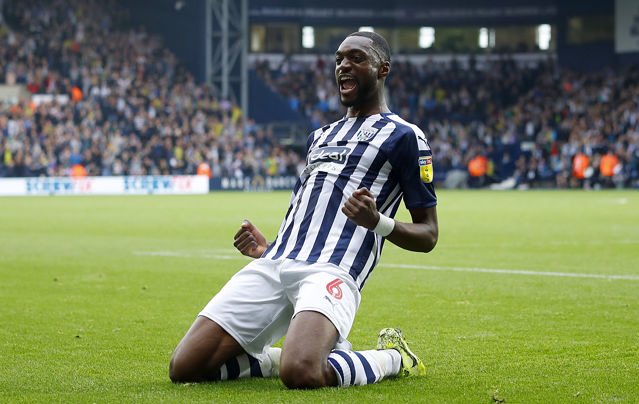 For only £1.5m from Rotherham, what a bargain and what a defender!

Boasting a squad full of talent and experience, the team has maintained a strong showing since the season began. Seasoned Premier League campaigners like Jake Livermore, Matt Philips, Kieran Gibbs, Hal Robson-Kanu and Ahmed Hegazi provide the needed belief and leadership to the side on and off the pitch. Former Southampton forward Charlie Austin leads the club's scoring charts with eight strikes.  Philip and Robson-Kanu have each added seven.

But midfielder-turned centre-back Ajayi has been the surprise package. The Nigerian international is not only excelling at his new-found job at the back but is also providing important goals. Having also won Rotherham's award for the Goal of the Season last term, he is poised to keep up the good work. He netted in West Brom's last game against Luton taking his tally for the campaign to five. He says he wants to eclipse last season's personal best of eight in the division and nine in all competitions.

It's now clear that the Albion can count on him to deliver on both sides of the pitch. Unlike second-placed Leeds who capitulated in the latter stages of last season despite being in pole position to gain promotion, Bilic's side looks ready to complete the job. Although the team has been inconsistent in the last month and a half winning just one Championship game in seven, the problem is a shared one in the division. Second-placed Leeds lost at home to relegation candidates Wigan last week. Marcelo Bielsa has it all to do to avoid the kind of capitulation his team suffered in 2018/19.

With other teams like Fulham, Nottingham Forest and Brentford in hot pursuit, the battle for automatic promotion will be intense in the coming weeks and months. At the moment, the top six sides are separated by six points, meaning there's room for overtaking. But Bilic can rest assured that with players like Ajayi and the aforementioned giving their best, promotion is sure...