Can Keita Balde cash in at the AFCON?

Footballers are a bit like Joseph from the Bible. The odds of realising their dream might be long but they persevere despite the obstacles in their path. As well, most wear shirts of many colours along the way.

Keita Balde kitted up for four clubs in his youth career alone. He made the transition to the senior squad at Lazio and has since played for Monaco and Inter. On the international side, he's represented Catalonia and Senegal. Just 24, the talented striker struggles with consistency but often flashes the promise of a bright future.

During last summer's World Cup in Russia, Aliou Cisse used him sparingly despite the hype surrounding the youngster. He only featured for 80 of a possible 270 minutes. He had few opportunities to prove himself a viable partner for Sadio Mane.

Disappointed pundits criticized Cisse for keeping the forward under wraps. His football is entertaining. The Monaco man has dribbling skills, pace and finishing ability. He can play in any part of the attack due to his versatility. Why keep such quality on the bench?

That question isn't being asked at the AFCON yet. Cisse started Keita against Tanzania in the opening match. The on-loan Nerazzurri scored just before the half-hour to open his and Senegal's account. Although right-footed, he has power in the left as well, driving his shot past Aisha Manula in the Tanzanian goal. In the second half, Keita took the corner that led to the second goal.

The second match is a much sterner test, coming against Riyad Mahrez and Algeria. The Desert Foxes are expected to contest group honours with the Teranga Lions. It will be interesting to see whether the boss intends to rotate him out of the lineup or play him alongside Sadio Mane who was held out of the team in the first match? 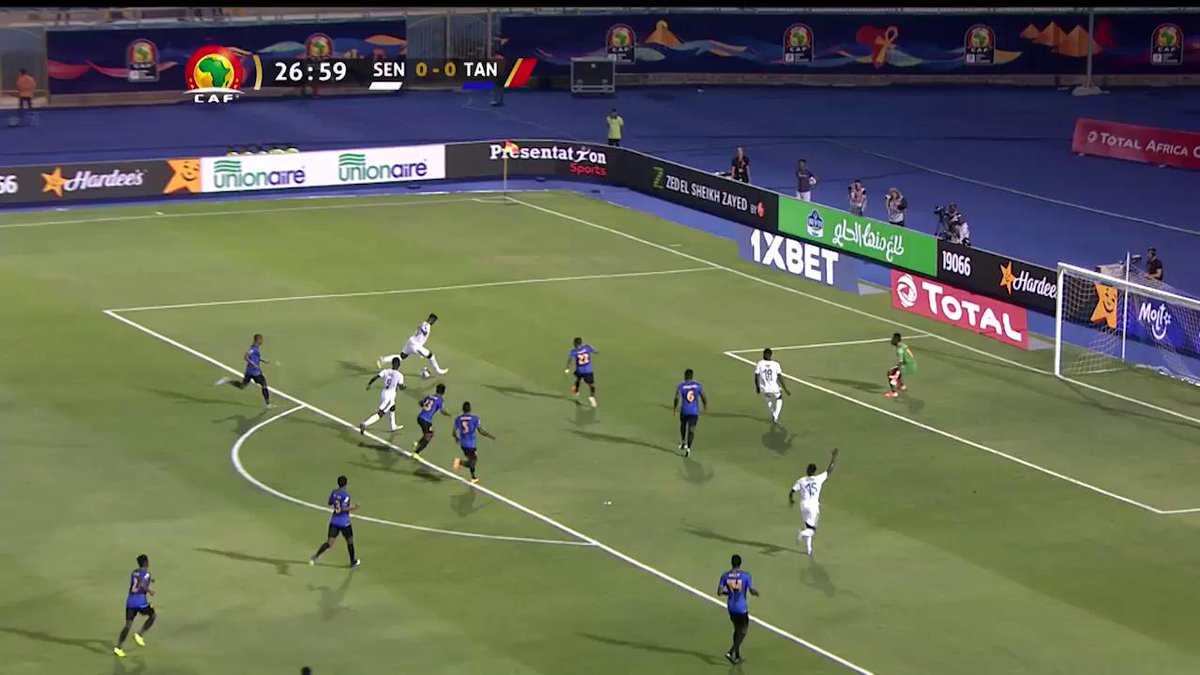 Keita Balde's strike has given the #TerangaLions the advantage at the break. Will they hold on for victory or can Tanzania overturn the deficit? https://t.co/O4DaJiKbXt
Follow
18:48 PM - 23rd Jun 19
30
127

Thus far, the rumour mill hasn't linked Keita to any big teams. After scoring only five goals in 23 appearances for Inter this past season, that's understandable. When you factor in his three assists in a meagre 883 minutes in Serie A, however, you realise he was involved in a goal every 110 minutes for the Beneamata. If Cisse offers minutes and the youngster takes advantage, interest will grow quickly. The Teranga Lions rank among the strongest teams in the competition. Their top players will attract attention.

Inter have a new manager in Antonio Conte. His plans are unknown. Keita's performance at the AFCON must impress the former Chelsea and Juventus coach as he will be coming to pre-season training late.

Good wingers are already scarce in the game. Those who show talent are in high demand. Paris Saint-Germain is about to lose Neymar. That's an opportunity for Keita, too, if he can impress in Egypt. He represents a value buy and the Parisians are up against Financial Fair Play with their purchases of the Brazilian and Kylian Mbappe. As a direct replacement, he may be the ideal choice.

Arsenal is another potential suitor. The Gunners desperately need wide players. Although they've been linked to Crystal Palace's Wilfred Zaha, nothing has come of it as yet. Crystal Palace has just sold right-back Aaron Wan-Bissaka to Manchester United. They will be loath to let their other top star go for anything less than top dollar. As well, the Ivorian wants to play Champions League football, making a deal even more costly for the Gunners, who can't provide it. As a younger, cheaper option, Keita may soon draw their attention, especially if he outperforms the Palace star in the AFCON.

If Aliou Cisse puts Mane and Keita on the pitch together with success, it will be another feather in the promising star's cap. Proving he can work with world-class teammates opens the doors to all the top clubs. Given the chance, he can write his own ticket.