Arsene Wenger built a reputation for giving young players a chance during his Arsenal heydays. The likes of Alexandr Hleb, Alex Song, Theo Walcott and the popular Cesc Fabregas all made their name as youngsters filing out for the Gunners. Unfortunately, so many others were not kept long enough to blossom. Like Serge Gnabry.

The German began his career with hometown club Stuttgart before joining Arsenal in 2012. He made his professional debut with the London side. After suffering a severe injury against Bayern Munich in the Champions League and struggling to nail down a place in the first team upon recovery, he returned to his homeland, sold to Werder Bremen for a mere £4.25 million in 2016.

Lacking any assurance of sufficient playing time, Gnabry initiated the sale. Wenger's reluctance had something to do with the player's failed loan to West Brom. Tony Pulis afforded the youngster 12 minutes of Premier League football at the Hawthorns, telling the Express and Star that Gnabry wasn't "at the level to play" in the top flight.

The Welshman's shortsightedness influenced Wenger to forget why he had brought the player to the Emirates and allow him to leave. Hindsight now reveals patience and playing time were more advisable remedies. Gnabry finished joint top scorer for Germany at the 2016 Olympics, returning to the club with a silver medal. Wenger chose to overlook the performance. 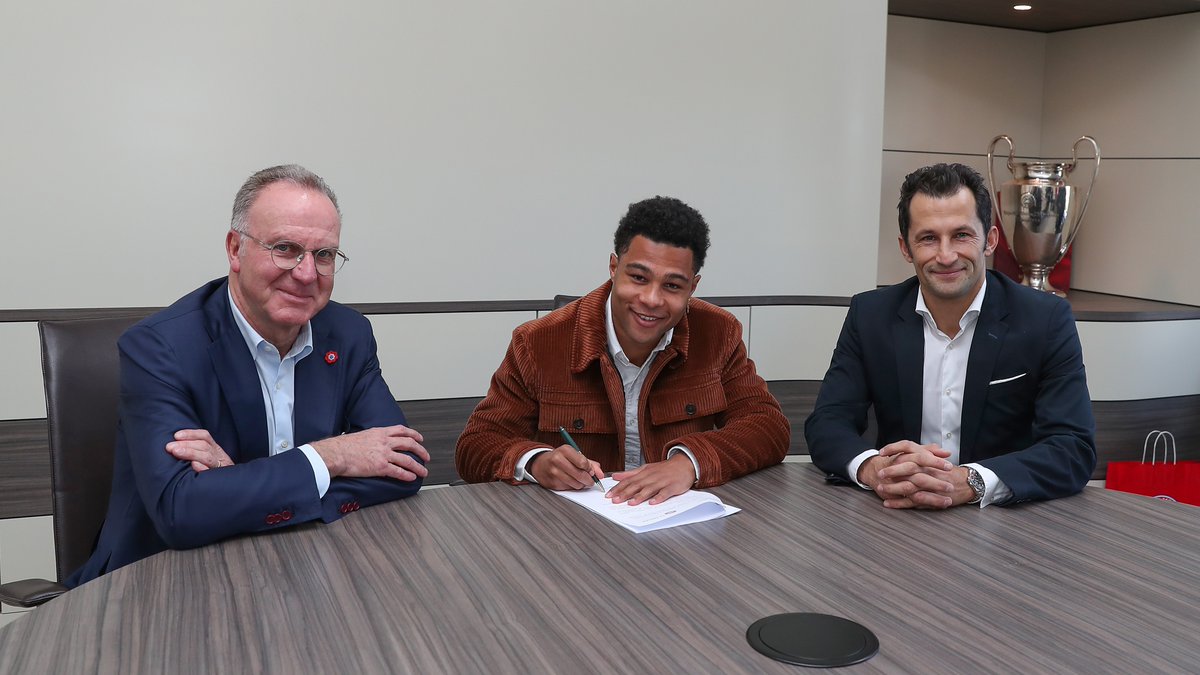 Squawka Football
Squawka
Follow
Only Robert Lewandowski (27) has scored more goals for Bayern Munich in all competitions this season than Serge Gnabry (8).

Gnabry took his opportunity for a fresh start with both hands, shining brightly for Bremen after being afforded regular playing time. He became the first player in green and white to score 10 away goals in a campaign in more than a decade. His form helped the club finish eighth in the Bundesliga. Bayern Munich, top dogs in the division, picked up the scent of opportunity. Never ones to pass up the best emerging stars in the league, Bayern secured his signature in 2017. Initially loaned to Hoffenheim, he posted double figures in goals, netting 10 times in 22 appearances. There would be no further loans. The Allianz Arena beckoned.

Now a mainstay in Niko Kovac’s team, he isn't a prolific scorer but remains integral to die Roten's attacking play. After contributing eight goals and two assists in 21 outings, the reigning Bundesliga champions rewarded him with a new deal running through 2023. Arjen Robben and Franck Ribery announced their intent to retire at season's end. At 23, Gnabry, along with Kingsley Coman, represents a vital part of the club’s future.

One can only wonder how important he might have been to Arsenal had Wenger elected to keep him at the club. For a side that has struggled to finish in the top four in the last two seasons, the winger would have provided much-needed quality upfront. A front three consisting of Pierre-Emerick Aubameyang, Alexandre Lacazette, and Serge Gnabry would be stronger than that which currently exists. Unai Emery wouldn't be so concerned with his attack if he had the German in his squad.

Arsenal can only dream about what might have been.