Sergino Dest is now a famous name in modern football. his name is synonymous with courage and confidence. He is the young man who chose to represent the United States of America over the Netherlands on the international stage.

Amsterdam born and bred, Dest's father is American. He joined the Ajax academy in 2012 when he was 12. Six years later, he was promoted to Jong Ajax from the U19s, making 24 appearances for the rest of the season and catching the KNVB's attention. Since the Dutch failed to make it to the U20 or U17 levels for the World Cup, Dest played with the US, helping the Yanks reach the 2019 U20 World Cup final. Arguably the best right-back in the tournament, he earned high praise.

Dest's senior club debut came against Eredivisie title rivals PSV Eindhoven in a 2-0 Johan Cruijff Shield win. Ajax revealed their confidence in the youngster by shipping off Rasmus Kristensen to Red Bull Salzburg in the summer. So far this season, Dest claims starts in seven of 14 Eredivisie and three of four Champions League games during which he's provided five assists and edged ahead of Noussair Mazraoui in Erik ten Hag's pecking order.

The manager can call on Hakim Ziyech and David Neres on the right-wing. Both like to drift centrally, opening space for the 19-year-old to fill. Quick and skilled in possession, Dest's overlapping runs are often unmarked with defenders distracted by Ziyech or Neres' insurgency. Ajax's attacking output depends on players recognising where and when space will open. 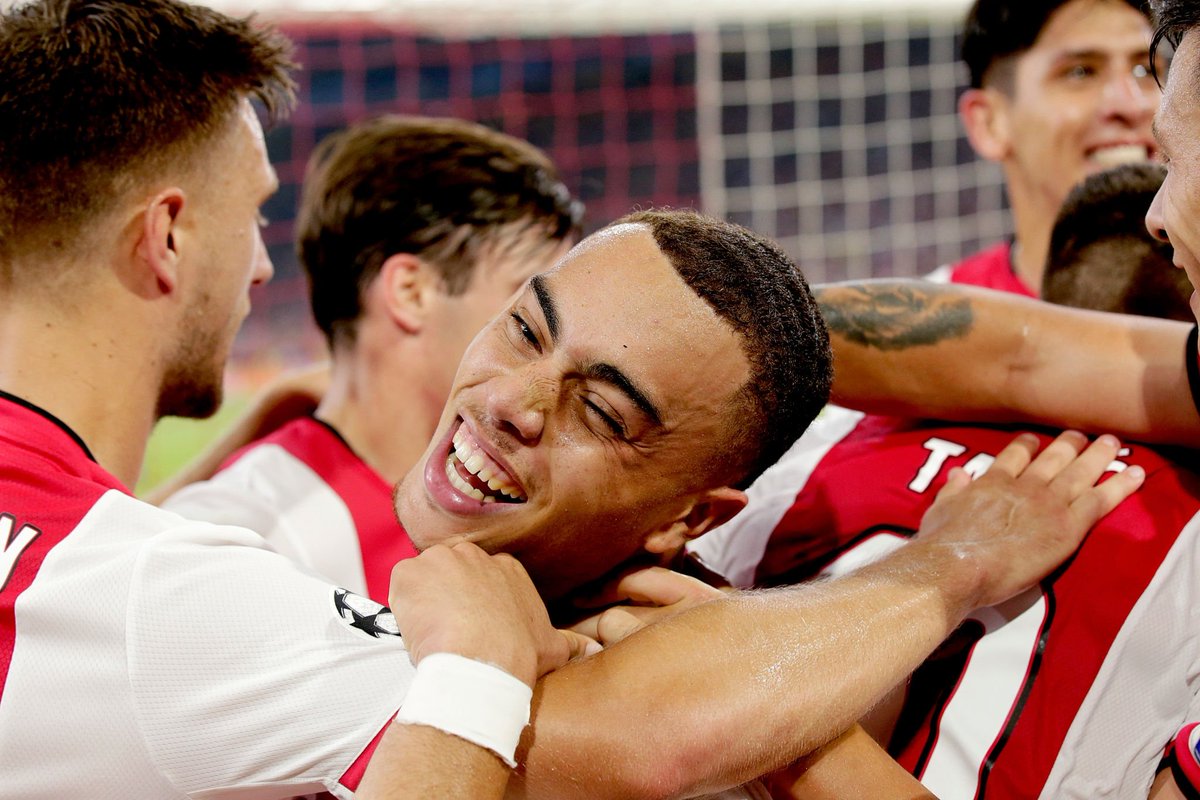 Scouted Football
ScoutedFtbl
Follow
It's already been a milestone year for Dest on domestic and international stages.

When Ajax initiates an attack, Dest always makes himself available. His natural attacking instincts and ability to play short passes contribute to the Lancers' creativity. His close control enables him to penetrate deep down the flank and spray in low, accurate crosses.  With him and Nicolas Tagliafico on the wings, Ajax forwards are never starved for service.

A winger in the youth setup, his defending is subpar. When Ajax are hit on the counter, you can expect the ball to be played to the left more often than not. Against Heracles after the international break, he came off the bench when Mazraoui picked up a knock. In his short time on the pitch, he committed two defensive errors, one leading to a goal. He also struck a shot that caromed in off an unwitting Klaas Jan Huntelaar's feet for an assist.

Ten Haag faces a challenge in teaching the American international to defend. The question is how much of Dest's offensive output will be sacrificed to his defensive responsibilities? Alternatively, Ten Hag can drop Lisandro Martinez from holding midfield into a three-man backline between Daley Blind and Joel Veltman so that Dest needn't be so concerned about leaving space behind. After losing Frenkie de Jong and Matthijs De Ligt in the summer, that might be the more viable option. Ajax is not such a threat playing up the middle this season.

Still shy of his 20th birthday, Dest made his full international debut for the USMNT in last week's 4-1 CONCACAF Nations League win against Canada. He picked up another assist by pinballing the ball into the goal off teammate Jordan Morris' boot. Defensively, he kept Alphonso Davies in check, denying the Bayern Munich winger any opportunities and forcing Canada manager John Herdman to switch Davies to the other flank. He made good on a bold, pre-game statement that he wouldn't allow the Canadians to make inroads from his side of the pitch.

Dest is a fantastic prospect, a box office name when you go to the market looking for a young fullback. Already on Barcelona's radar, many fans believe he could make a difference with the Catalan club. He's already stated his preference for La Liga over the Premier League but he's not going to leave the Dutch side any time soon. The 19-year-old recently signed a contract that binds him to the club until 2022 and why not? With the focus on his development, Ajax is the perfect club for him at this stage.