Many eyes are on the new Serie A season. There's intrigue as to how it will take shape. There's expectation it will be more competitive.

The last eight Scudettos have been won by Juventus. During that time, no real challenger has emerged. This season could be different. Top Serie A rivals have improved their squads. AC Milan, Roma, and Lazio are all gradually building. If pulling off an upset is too soon for those, two stronger contenders are lining up. Internazionale currently top the table after starting with two victories. Napoli, sitting tenth at present, will also be a major threat.

Inter have a manager capable of topping Serie A. Antonio Conte has three titles from his time as Juventus boss. He's backed up by a strong Nerazzurri spine. Centre-backs Diego Godin and Milan Skriniar form a formidable partnership. Midfielders Marcelo Brozovic and Stefano Sensi provide endeavor along with wit. Romelu Lukaku, who's already notched two goals since joining, can be one of the division's deadliest strikers.

Napoli have their own stars. Defence is secure with Kalidou Koulibaly and Kostas Manolas at the heart. Creativity and goals are supplied by Hirving Lozano, Lorenzo Insigne and Dries Mertens. All three have opened their accounts this campaign. Gli Azzurri's talent is in exceptional hands. Few managers possess a CV like Carlo Ancellotti. As well as winning three domestic leagues, he's conquered Europe three times.

Juventus, then, are in for a bumpy ride. However, it's not one which should frighten them. Instead, the Old Lady must take inspiration from it. A real title race is good all round. For Serie A enthusiasts, having three genuine scudetto hopefuls makes things more compelling. For Juve, increased competition can improve their sharpness in the Champions League, a trophy they last won 23 years ago.

The fact three top managers are currently at Juventus, Inter and Napoli adds to the drama. All former Chelsea bosses, Maurizio Sarri, Conte and Ancelotti are tactical masterminds. Each aims to build a side strong enough to become champions this season, but only one can succeed. 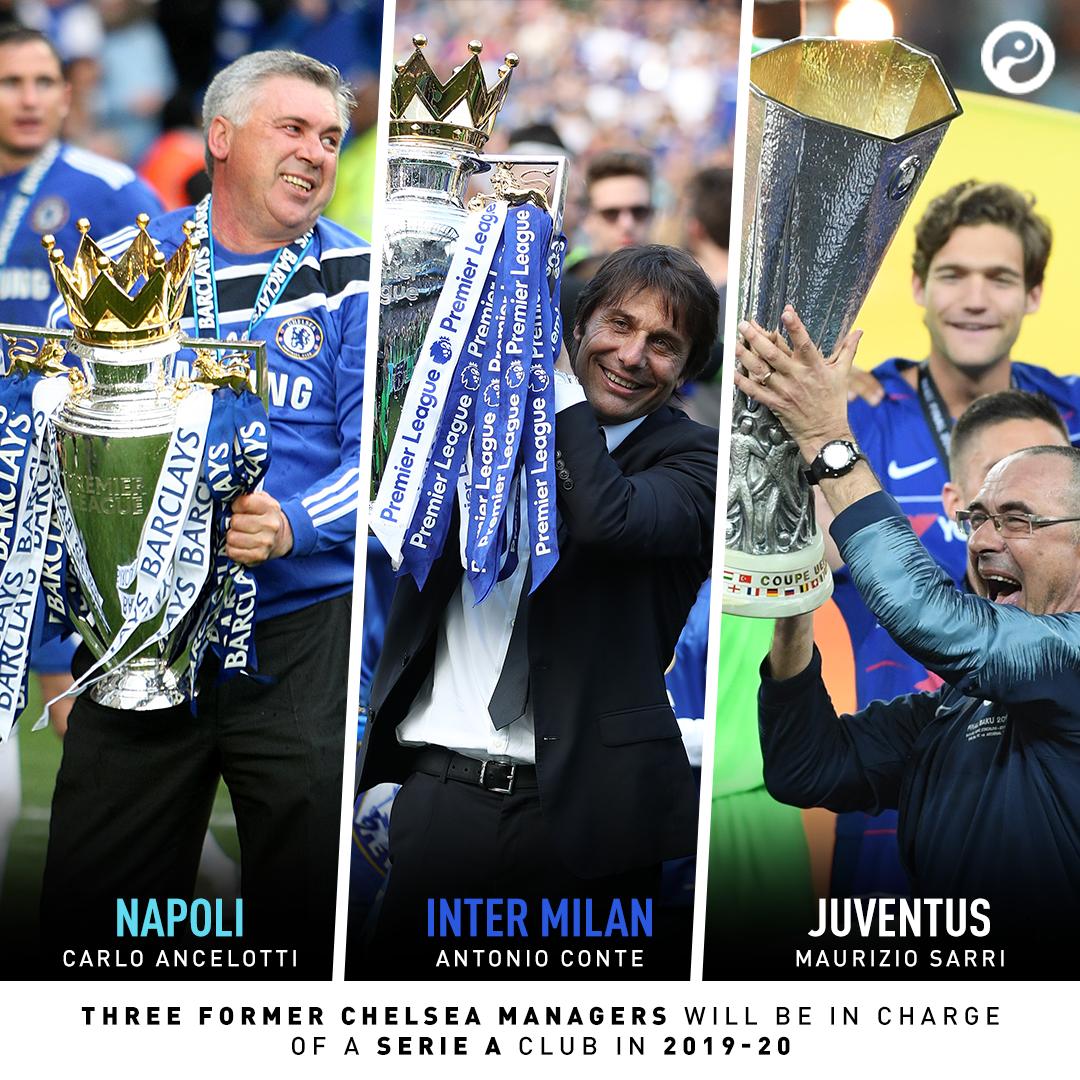 Can Sarri imprint Sarriball onto Juve's players to win his first-ever league title? Or will Ancelotti continue to build on his relative success at Napoli to secure the scudetto? Or can Conte gel Inter so he comes out on top again in Italy?

Of Europe's top five leagues, Serie A is the one to watch. The Premier League will offer nothing new as Manchester City and Liverpool remain too strong. La Liga has the same old contenders in Barcelona, Real Madrid and Atletico. The Bundesliga contains a challenger in Borussia Dortmund but Bayern Munich is still the dominant force. Ligue 1 will continue to be at the mercy of Paris Saint-Germain.

Serie A, meanwhile, is set for its most enthralling season in the last decade. Juventus better be fully prepared. If not, either Inter or Napoli will steal their crown.