The seven best African stars from the Premier League this season

Manchester United were one of the toughest teams defensively in the league last season. Despite winning a meagre 18 games, the Red Devils conceded just 29 goals, only bettered by Tottenham. And it didn't come to many as a surprise that United's defensive doggedness and stability came to the fore following the arrival of Eric Bailly in the summer. Known for his athleticism, physicality and technical abilities, Bailly showed no sign of naivety in his debut season. Rather, he seemed to be tailor-made for the English top flight.

Everyone knew the greatest task for Leicester City ahead of the start of the campaign was finding a suitable replacement for midfield powerhouse, N'Golo Kante, who had moved to Chelsea. And indeed, without the Frenchman, the Foxes started the season like rabbits caught in headlights, lacking direction and purpose. Then came Wilfred Ndidi, a young Nigerian midfielder signed in January from Genk. Although there wasn't much correlation as regards their playing style, however, the 20-year-old somehow, managed to restore the much-needed steel lacking in the middle. Unlike Kante, who wins possession by chasing opponents around, octopus-like Ndidi, was all arms and legs, with a lanky, striding presence covering ground equally yet effectively with fewer steps.

Clearly, Kante was the best midfielder in the country the last term. The reigning PFA Player of the Year was on his own when it came to dislodging opposition play while setting the tone for his teammates to attack. He was so good that even Everton midfielder, Idrissa Gueye, rated him as "the best midfielder in the world right now". However, stats revealed otherwise.  In fact, it was the Senegalese star who to some extent was superior in two key areas; interceptions and blocks.

There's been this lingering debate about Wilfred Zaha's technical prowess and ability to impress with the ball at his feet. Once again, that argument resurfaced ahead of the start of the campaign. Zaha, who had endured a dreadful two years in Manchester and a less colourful first season after rejoining Crystal Palace, was desperate to change that perception. And against all odds, he managed to achieve just that. The winger who recently switched allegiance to the Ivory Coast was Palace's most consistent and creative performers of the campaign.  Evidently, his skill and sheer ability was why he suffered the most fouls and successful take-ons in the league. 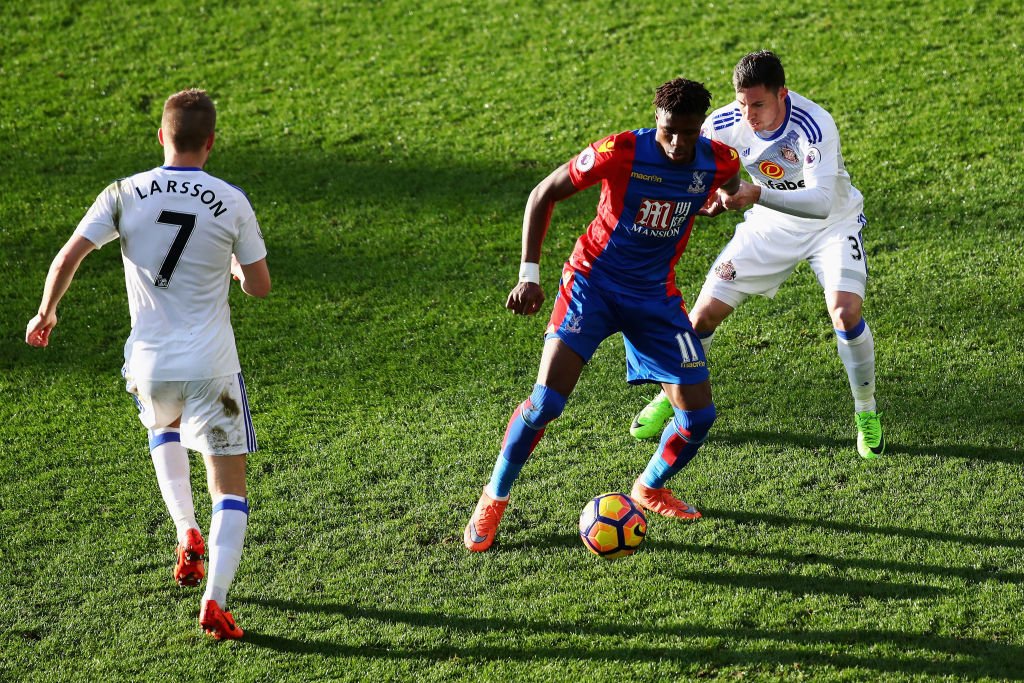 Squawka Football
Squawka
Follow
Wilfried Zaha completed more take-ons (144) than any other player in the Premier League this season.

Victor Wanyama has been some signing for Tottenham. The colossal Kenyan, who joined from Southampton, was monumental for Mauricio Pochettino's men; providing power, athleticism and dynamism in a midfield that had been sorely lacking prior to his arrival. His unrivalled work rate, discipline and technical abilities were pivotal in shielding Spurs' defence. That's not just all. He also managed to add goalscoring, the extra ingredient lacking in his game all this while.

Victor Moses is certainly one of the success stories of the season. Signed by Chelsea in 2012, the 26-year-old winger somewhat turned into a nomad; jumping from one club to another in search of regular playing time. However, the coming of Antonio Conte, who not only tweaked the Blues playing style but instilled an all-new confidence, obviously bucked that trend. Moses, capped 27 times by Nigeria, became reborn and indispensable in an unfamiliar wing-back role where he featured 34 times as the Blues swept everyone aside en route to clinching the title.

The only African who somehow got into the PFA Team of the Year, Sadio Mane earns his spot as the continent's best performer last season. Just like Bailly, Ndidi, and Wanyama, Mane settled superbly at his new club, Liverpool after joining from Southampton. Not only did he set the ball rolling instantly by scoring on his debut against Arsenal, he maintained that form, notching 13 goals and six assists in 26 games. Though his season was abruptly cut short by injury, yet, he finished the season as the Reds top scorers which landed him the club's Player of the Year award.

Is Jack really Back?
By Carlos S. Amanya

For many Arsenal fans the question is was he ever really here? Until this season, it's been that long since Jack Wilshere has been a firing Gunner. Wilshere has spent…

The football world trembled as PSG paid Neymar's hefty 300 million euros release clause to see the Brazilian move to the French capital. After a decade of being the biggest shark…

At Gold Cup, rich get richer
By Martin Palazzotto

Last week, CONCACAF's disciplinary committee forfeited French Guiana's result against Honduras and banned Florent Malouda from the tournament for playing in the Gold Cup while ineligible.…