It's mathematically impossible for Sevilla to finish in La Liga's Champions League places this season. They are still in this year's competition, however. With those two motivational thoughts, Sevilla pushed unstoppable Barcelona to their limits. After a scintillating start, Vincenzo Montella’s men took a deserved lead in the 36th minute with a close-range Franco Vasquez effort. That lead shockingly doubled just after the break through Luis Muriel in the 50th minute.

Here are three talking points from Barcelona’s 2-2 draw with Sevilla.

Despite possessing all the potential in the world, Ousmane Dembele is yet to have a good performance in a Barcelona shirt. Down the right flank, the Frenchman failed to showcase his blistering pace and dribbling wizardry to any great effect. He was substituted in the 57th minute for the second best player in the world.

In his ineffective cameo on the pitch, the 20-year-old only completed three dribbles, made 11 passes, and was dispossessed four times. That’s simply not good enough for a £135.5 million star. Such performances will only further dampen Ernesto Valverde’s trust in the youngster. In Messi’s absence, Dembele had the perfect chance to show why he can carry Barca into the next generation. Instead, he fuelled the fire over his exit rumours.

Before signing for Udinese, nearly every major team in the world had the Colombian on their scouting radar. Rather underwhelmingly, the 26-year-old never signed for an elite club. Some players need time. He’s now beginning to showcase his talent at Sevilla. This season, Muriel has directly contributed to seven goals in 14 starts. That’s impressive for a ‘flop’.

Against Barcelona, the Colombian had a coming of age performance. He tore Gerard Pique and Samuel Umtitti to shreds all game. Muriel’s movement left the defensive duo reeling at times. Constantly spinning away, the 26-year-old translated his impressive movement into a goal in the 50th minute, putting what he thought was the final nail in Barca’s coffin. 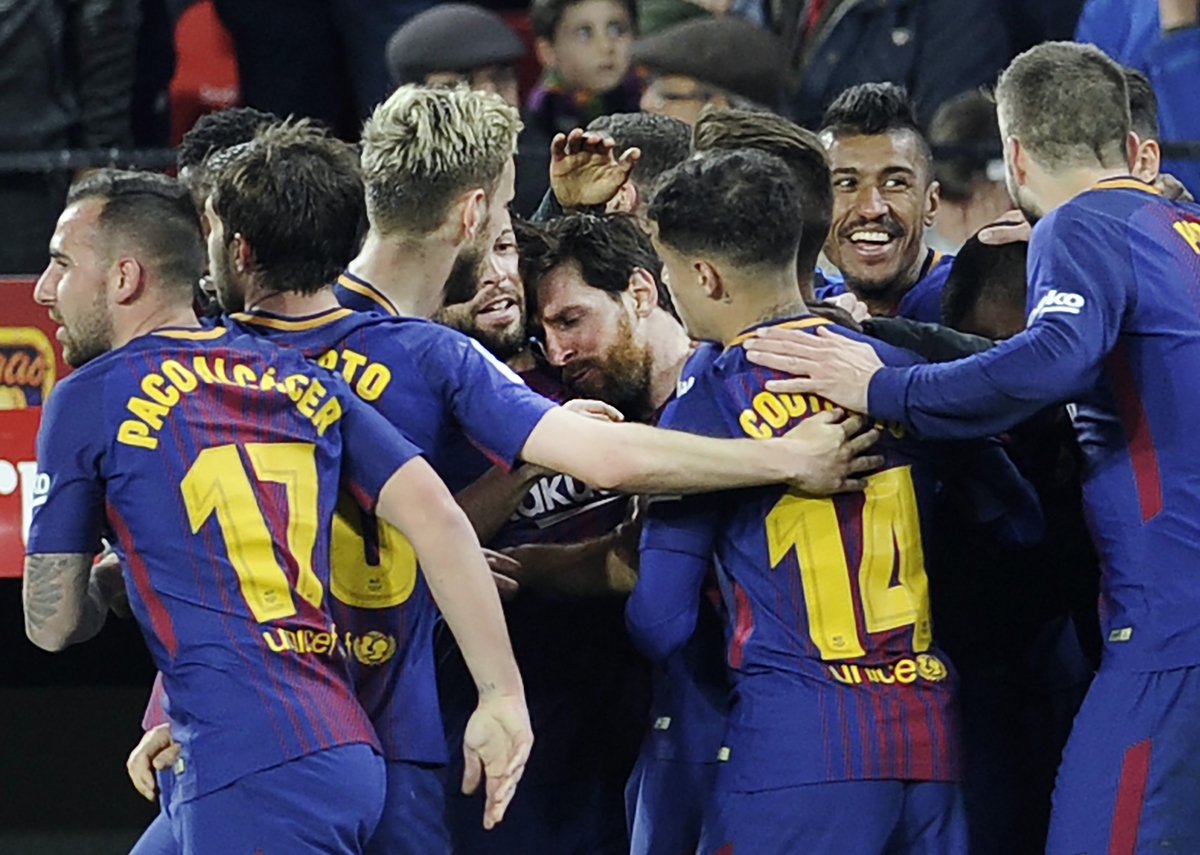 In anticipation of the Champions League showdown with Roma on Wednesday, Ernesto Valverde made the brave decision to drop Lionel Messi Saturday. Such is the Argentinian's influence that whenever he misses a game, Barcelona struggles despite the other half-dozen world-class players at their disposal. In a season where the 30-year-old has directly contributed 27 goals in 28 appearances, Messi was always going to be called upon when the Catalonians went 2-0 down.

The five-time Ballon d’Or winner came on just before the hour to try and save the day. He needed almost all the remaining time, but as he's done so often, Lionel Messi spared his team’s blushes. In a short cameo, Messi rallied the troops, increased the pressure on Sevilla, then scored a spectacular equaliser. The 30-year-old completed three dribbles and 20 passes, attempted four shots, and scored in little more than a half-hour. (WhoScored).