Sheffield United v West Brom: Who will head into the festive period full of cheer?

Death, taxes and an unpredictable season of Championship football: three of life's certainties.

Since August, seven teams have perched atop the league table. Two are set to meet tonight in a match that could decide who heads into the festive period laden with confidence, certainty being even rarer in football than life.

Sheffield United and West Bromwich Albion travelled divergent trajectories in recent years. Three years ago, the Blades were languishing in League One's mid-table while their opponents were living high off Richard Scudamore's hog in the Premier League. Now they meet halfway, with both sides firmly in the Championship promotion mix.

On the Wilder side

United continue to excel this season under former player and lifelong supporter Chris Wilder. Following a respectable 10th-place finish last season, shrewd additions were made over the summer. The Blades responded, hitting the next level and sitting in third place.

With a meagre budget at his disposal, Wilder performs miracles at Bramall Lane, prioritising squad togetherness over all else. His cohesive philosophy pays dividends for the Blades, making them a formidable outfit against all odds.

Meanwhile, West Brom must be pleased with their first season in the Championship since 2010. Manager Darren Moore deserves plaudits for the way his side performs, firing on all cylinders as the division’s top scorers at 44 goals.

Their defensive record hinders further progression. They've conceded 30 goals, more than any other side in the top seven. That said, this season could easily have been so much worse for the Baggies. Adapting to Championship life following a miserable top-flight campaign is notoriously difficult. What's that you say, Sunderland?

This will be the first meeting between the sides since January 2010. Albion ran out 3-1 victors then. Their most notable meeting in recent memory came eight years earlier in the infamous ‘Battle of Bramall Lane’. West Brom claimed a 3-0 victory, but only after the match was abandoned with Sheffield United reduced to six men following two injuries and three red cards.

Matters should proceed with greater civility this time around. Jake Livermore owns the only red card between the two sides all season. The Bramall Lane regulars should still expect high levels of drama, though. Both bosses emphasise attacking play.

Lay of the land

The bulk of Albion’s goals come from Dwight Gayle (10), Jay Rodriguez (10) and Harvey Barnes (8). Matt Phillips pitches in with five goals and five assists from the wing. Moore’s side earned their reputation as a highly productive counterattacking unit, notching 13 markers on the break this season. 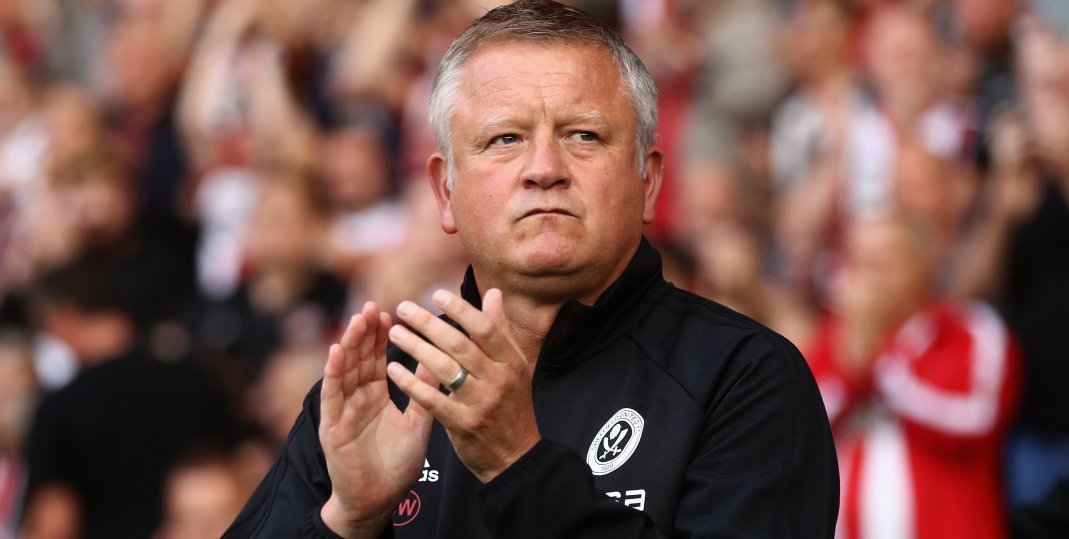 Sheffield United are up to third.

The Blades don't boast such an impressive goal tally (34) but Wilder’s philosophy is still very much evident. He routinely sets his side up in an attacking 3-5-2 formation, benefitting frontmen Billy Sharp and David McGoldrick. With 11 and five goals respectively, the duo represents nearly half the team's production. Brighton loanee Oliver Norwood has also been a pivotal cog in Wilder’s machine. His passing creates chances galore for United.

In Wilder’s unorthodox set-up, attacking moves are often spearheaded from deep with the defensive trio of John Egan, Jack O’Connell and Chris Basham encouraged to get forward often. It will be intriguing to see how this system plays out on Friday against Albion’s counter-attacking threat.

Both sides will view Friday night as one of their biggest games of the season. A United win moves them within two points of the automatic promotion places. An Albion victory leapfrogs them over their hosts into third.

A big match on the edge of the holiday fixture rush sets each side up for success or failure. Momentum is everything. Both sides desperately want it to carry them through. Neither needs additional pressure to bog them down. This one will be interesting in and of itself, more so because it could have lasting effects on both clubs.

Ben, 21, is currently living in London studying for a Sports Journalism MA. He is a proud Welshman and passionate Swansea City fan. Now most regularly found at a non-league game on a Saturday afternoon.

Can Hull City halt their Championship slide?
By Harry Mail