Can Shinji Kagawa put Real Zaragoza on the map?

Shinji Kagawa joined Real Zaragoza from Borussia Dortmund earlier this month. It had become apparent that the Japan icon was no longer needed - while leaving the German club was best for all involved. The 30-year-old now seeks to reinvent himself in Spain.

In the 2010/2011 season, when Jurgen Klopp's spirited Dortmund side beat Bayern Munich to the Bundesliga and repeated the feat the following year, Kagawa was instrumental. The attacking midfielder was an integral part of a dynamic frontline that included Mario Gotze, Marco Reus and Robert Lewandowski. Many would argue Kagawa was the glue that made Dortmund stick.

After an underwhelming two years away with Manchester United, Kagawa returned to Dortmund. Back in Germany, the now 30-year-old re-established himself as a first-team regular, chalking up 38 appearances in his second debut season. He would do even better the following campaign, scoring nine goals and setting up a further seven.

Kagawa was beginning to look more like his former self and the spell at United became a distant memory. Unfortunately, that was as good as it got for him at the Westfalonstadion. Over the next two years, Kagawa would fall down the pecking order and play fewer minutes. The writing was on the wall...

His move to Zaragoza comes after spending the second half of the 2018/19 season on loan with Besiktas. He had a fine time in Turkey, averaging just under a goal or an assist per game [91.5 minutes]. It makes you wonder the Turkish Super Lig side didn't acquire him on a permanent basis - not that Zaragoza would mind.

The Spanish side pulled off a coup landing Kagawa amidst interest from West Ham and Fenerbache. Zaragoza finished 15th in the Segunda Division last season - their sixth spell in Spain's second tier, hence why it was a real shock to hear the attacking midfielder select that move despite a vast array of opportunities. 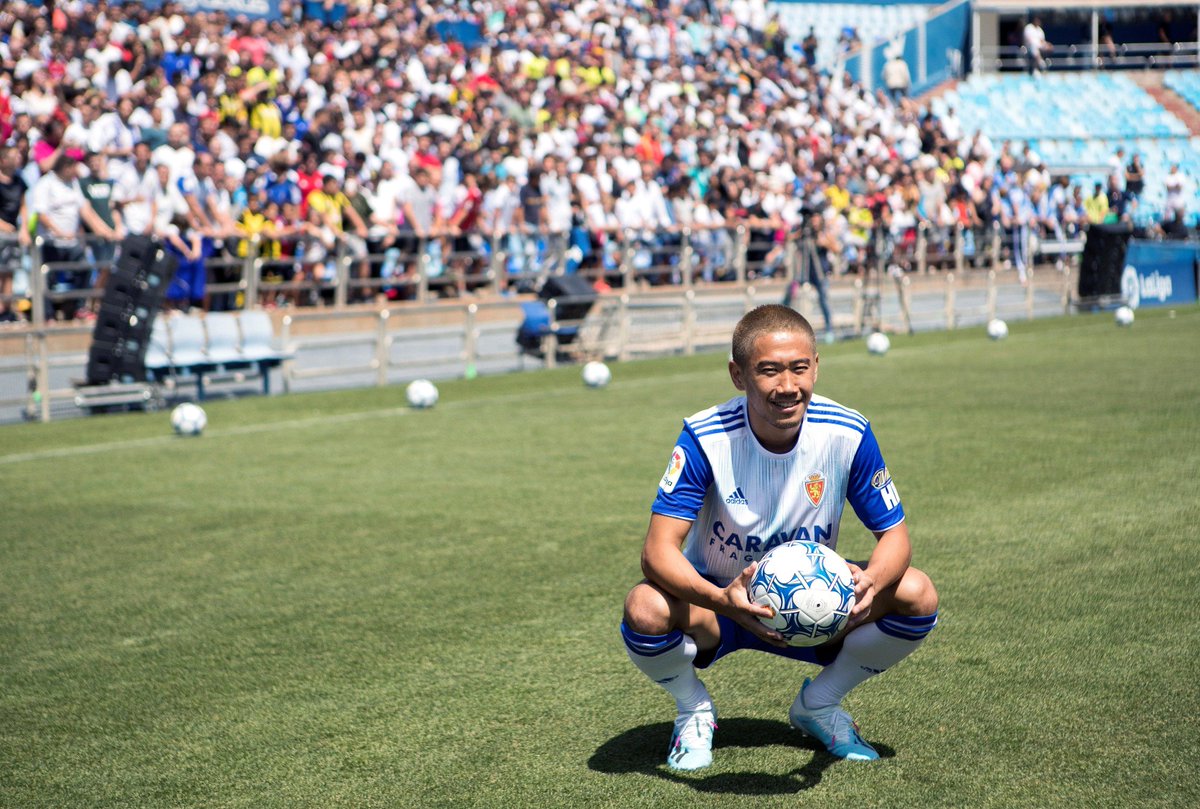 This past week saw Zaragoza start their campaign with a comfortable 2-0 over Tenerife with manager Victor Fernandez giving an indication as to how he plans to utilise Kagawa throughout the campaign. The Japanese started the game in the hole behind the main striker in a 4-2-3-1 formation; a role that suits him well. One where he can affect play through his creative genius and not worry too much about tracking back if he loses possession.

Granted, Kagawa may be past his best but he still has plenty to offer. He was never exceptionally quick. He didn't need to be since his excellent reading of the game already placed him a step ahead of pretty much everyone else. That gift, coupled with majestic dribbling skill and end product, makes Kagawa difficult to deal with if you're an opposing defender. Now with Fernandez set to build his team around the Japanese, he has the platform to thrive.

There is real optimism in Zaragoza that this could be the year they gain promotion back to La Liga. Fernandez, now in his third spell at the club after coming in midway through last season, is a man that knows the club really well and has the trust of the supporters.

Zaragoza has lost a couple of quality players in the market as Marc Gual and Alvaro Vazquez both returned to their respective clubs after spending last year on loan at La Romareda. But largely, Los Manos have kept the same side from last season. Their objective remains clear; earn promotion. Kagawa coming in at €3million represents their biggest buy. Needless to say, all eyes will be on him to see if he can help lift his new side to great heights.

Some are of the opinion that Kagawa is finished at the top level. Football in the Segunda Division hardly qualifies as an elite football competition, but a good showing in Zaragoza colours would go some way in silencing his ever-growing doubters...