Is Shkodran Mustafi nearing the end at Arsenal?

Since joining Arsenal, Shkodran Mustafi has morphed into a figure of derision for fans and pundits alike. The German centre-back failed to impress once again this season. Is it time for the Gunners to cut their losses?

Mustafi signed for Arsenal from Valencia in summer 2016. Commanding a fee touching on £37 million, which remains the north London club’s highest amount ever splashed out on a defender, he was expected to hit the ground running. His performance left a lot to be desired, though.

Three years on and nothing much has changed. If anything Mustafi’s reputation further declined. During this Premier League season, his propensity for diving into challenges and at times lackadaisical attitude proved harmful in Arsenal’s top-four quest.

The Gunners ended the campaign in fifth position, totalling 70 points. Securing a Champions League spot via the domestic route was always a tough ask considering both the strength of competition and Arsenal’s shortcomings. As with last season, their defence proved the main issue. They were breached 51 times in 38 matches. Compare that to Manchester City’s 23 goals conceded, Liverpool’s 22, as well as Chelsea’s and Tottenham’s 39, it’s clear Unai Emery’s side have a big gap to bridge. Changes in personnel are required.

With the summer transfer window near to hitting full swing, Arsenal have been linked to several centre backs. Samuel Umtiti, the biggest name on their reported shopping list, would no doubt be an excellent addition. The Frenchman has shown his credentials for both Barcelona and France in the last few years. However, he’s fallen down Blaugrana’s pecking order more recently. Any potential move would depend on his valuation, as the Gunners are extremely unlikely to break the bank. In fact, their budget will reportedly only be £40 million should they lose the Europa League final to Chelsea. 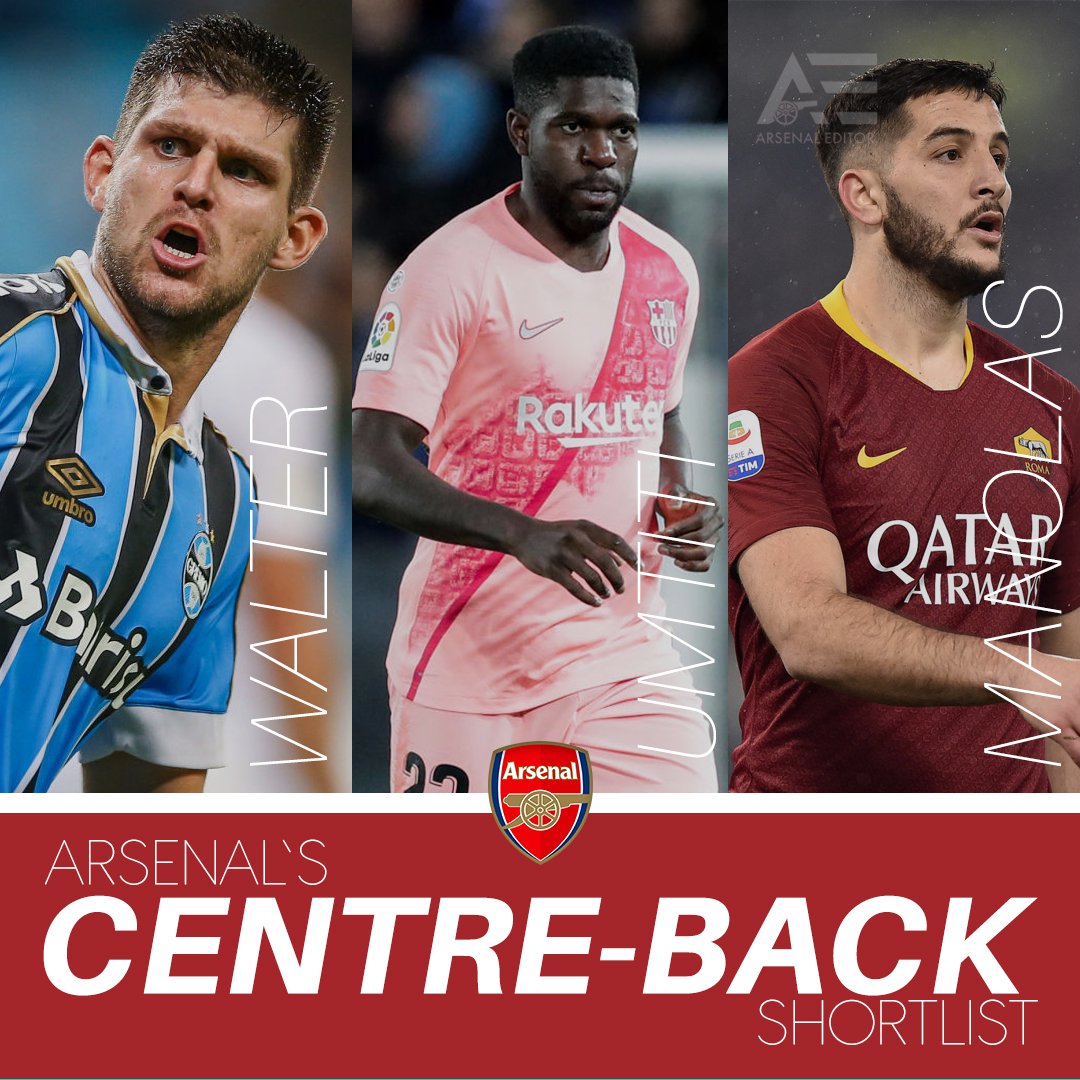 Roma’s Kostas Manolas has been strongly linked, too, with recent reports suggesting Arsenal may trigger his £31-million release clause. The Greek defender, who made UEFA’s top 50 footballers in 2018, would bring some much-needed stability to the Gunners’ backline. His ability as an all-round centre-back could be just what Emery is looking for.

Should Arsenal bolster their central defence, where does that leave Mustafi? Laurent Koscielny and Sokratis Papastathopoulos are both likely to be ahead of him next season. Even if Emery utilises three centre backs, a system he reverted to this campaign, the German would still have to compete with the ever-dependable Nacho Monreal and youngster Rob Holding for a starting place. That’s before taking into consideration any new arrivals.

Mustafi seems to have a lifeline away from Arsenal. Recent reports link AC Milan with the 27-year-old, either for a £17 million fee or on a loan deal. The opportunity to represent the Rossoneri, a side still fighting for Champions League football next season, would tempt most players. Alternatively, returning to his home country could be a possibility. Although a transfer to one of the two German giants, Bayern Munich and Borussia Dortmund, is almost impossible due to Mustafi’s inconsistent form, joining a Bundesliga team with Europe on the horizon would perhaps suit both parties. Bayer Leverkusen, Borussia Monchengladbach, and Wolfsburg all fit the bill.

Mustafi played 31 league games this season, the most of all the Gunners’ defenders. Furthermore, after his poor performance during a damaging 3-2 home defeat to Crystal Palace, Emery had this to say on him: ‘’Sometimes he can play very well. I prefer to talk about consistency in the season.’’ Was that a manager’s refusal to publicly criticise his player, or something more? 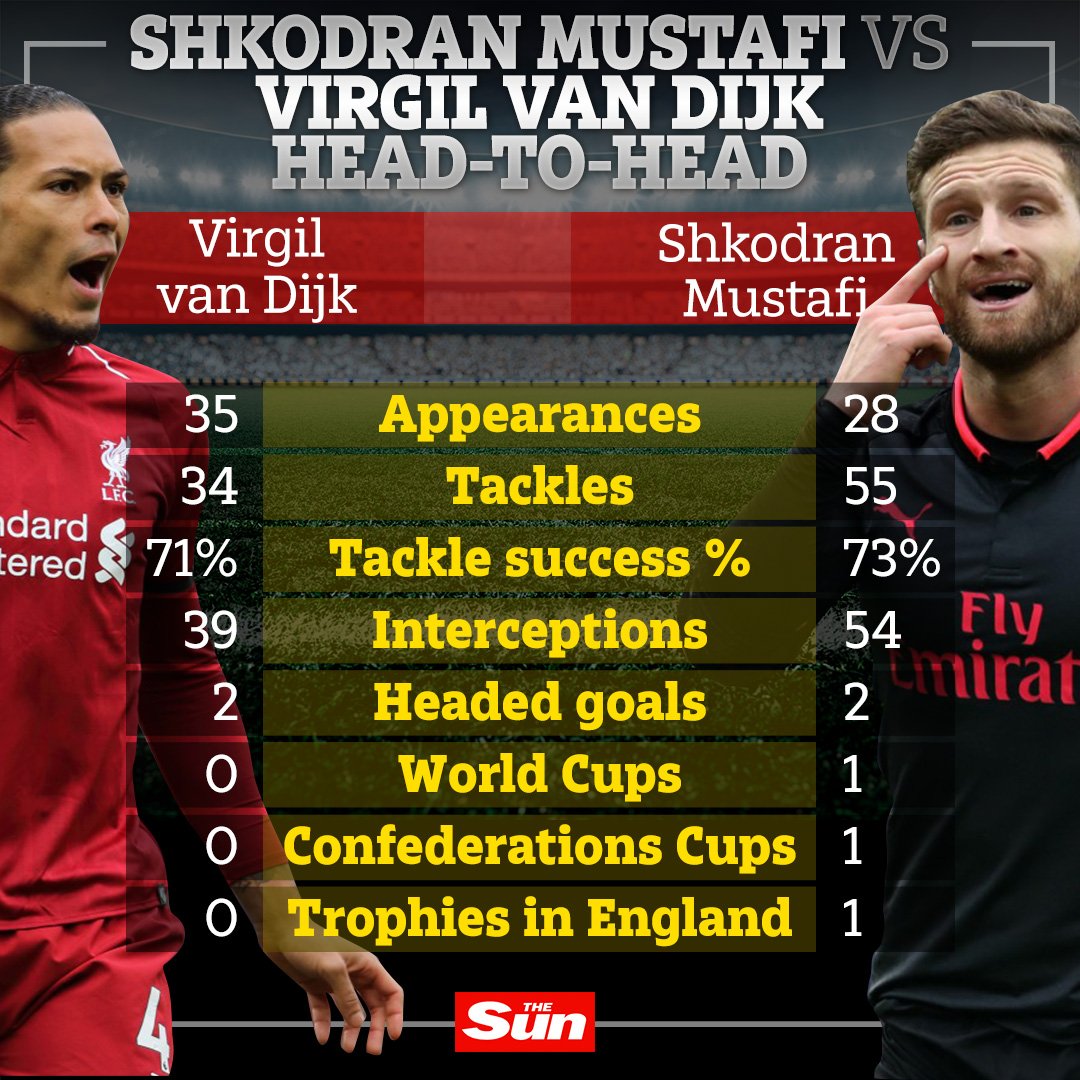 Coming at it from another angle, Emery has already demonstrated his ruthless nature while at the Emirates by disposing of several first-teamers, including Jack Wilshere and Aaron Ramsey. Mustafi has had a relatively disappointing three years in England. He failed to act as the defensive leader in Koscielny’s long absence through injury this campaign. Having shown few signs of reviving his career, a move away this summer is what’s best for both the player and Arsenal.