Should Barca return for Cristhian Stuani?

It has been a difficult campaign for FC Barcelona. The club has been rolling from one problem into another since the campaign kicked-off. The row between Lionel Messi and sporting director, Eric Abidal, dominated the newspaper headlines this week and further highlighted that all isn't well in the Blaugrana camp. That is just a part of the wider problem.

The appointment of Quique Setien hasn't produced the desired effect. Barca remains in the same spot, if not worse than they were under Ernesto Valverde. Results are uninspiring. Setien's men struggled to earn narrow victories against Granada and Levante. They also suffered against third-division side, FC Ibiza in the Copa Del Rey. Two late efforts from Antoine Griezmann spared their blushes in the 2-1 victory.

The Blaugrana are already losing the La Liga title race to Real Madrid. They conceded the top spot following the recent 2-0 defeat to Valencia, allowing Los Blancos to climb to the summit of the table. With 22 games already played in the Spanish top flight and Zinedine Zidane's men rising in momentum, Barca needs to wake up quickly and steady their sinking ship if they want to keep hold of their domestic dominance.

Amongst the most important things the club must do as soon as possible is to find a solution to the absence of key figures. The Catalans lost Luis Suarez to injury last month. Ousmane Dembele also joined the treatment table and both players are expected to miss the remainder of the season. That leaves Barca without depth in attack.

There were rumours linking the club with moves for players like Lautaro Martinez, Dries Mertens, Pierre-Emerick Aubameyang and Harry Kane during the winter transfer window - but no major additions landed at Camp Nou. Although the window has been shut, RFEF regulations allow the Blaugrana to sign a player from within Spain to cover up for their injured stars. They are already looking at a number of possible options. 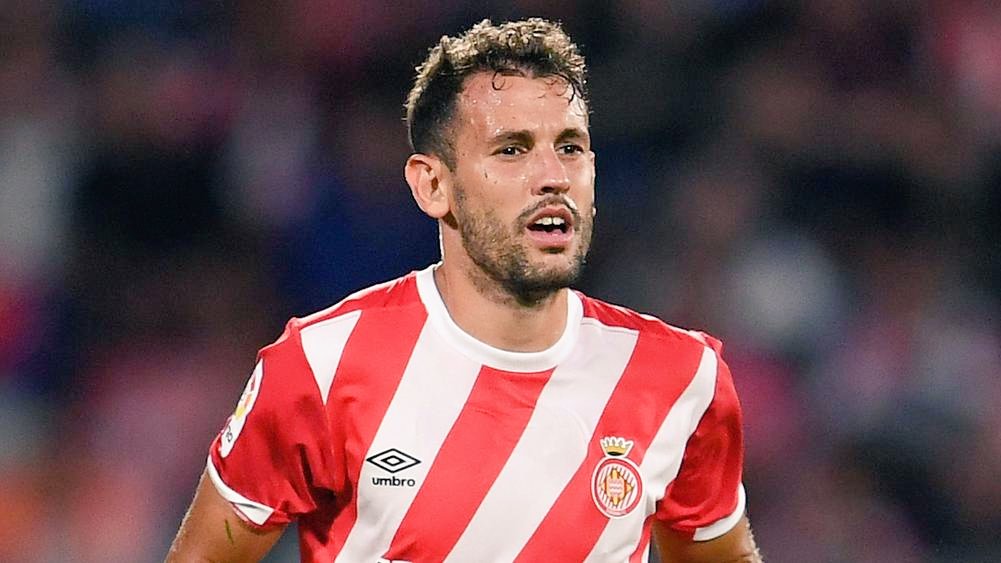 Girona forward, Cristhian Stuani appears among the reported candidates Barca are targetting to strengthen their attack once again. That should come as no surprise. The club has been keeping tabs on the Uruguayan attacker for a while. He was heavily linked with a move to Camp Nou in January last year but the Blaugrana eventually didn't get the deal done. Kevin Prince Boateng was signed on loan from Sassuolo instead. For several reasons, a return for the striker makes sense.

First and foremost, Stuani has proven himself as a lethal finisher in front of goal; the type that Barca need right now. There's an urgent need to get someone to ease Messi of the goalscoring burden and the Uruguayan has shown within the past few seasons that he would be up to the task.

He has scored over 20 goals in every season he's spent with Girona since leaving Middlesborough for the Catalan outfit in July 2017. He bagged 21 goals in 33 appearances for the club in the 2017/2018 campaign and 20 goals from 34 appearances last season. Following Girona's relegation to the second division this term, he has scored 20 goals from 22 appearances to keep his fire burning. At a club like Barca where he'd have better teammates and a pro-attacking system, his numbers are highly likely to increase.

The Uruguayan would be well-suited to the Blaugrana system. Stuani is comfortable with possession, can drift to the wings at necessary moments and also has a good dribbling skill to go with his clinical finishing ability. Moreover, after spending two years in La Liga and another one in the Segunda division, he's had enough experience of Spanish football. That would help him to adapt quickly at Camp Nou.

As per reports, Stuani would cost Barca just £21million, which could be lowered via negotiations. Coupling his age (33) with his transfer fee, the striker represents a decent short-term option the club could acquire without affecting its plans for getting a candid long-term replacement for Luis Suarez in the summer.