Should Barcelona welcome back Pedro?

It's normal that a club with Barcelona's stature is able to attract superstars from all over the globe. While talks in regards to a Neymar return are still rumbling on, another former player has joined the train. Chelsea forward, Pedro Rodriguez is apparently considering a return to Catalonia. That brings to mind only positive memories of the Spaniard running out on the hallowed Camp Nou turf.

Pedro was one of the top figures during Barca's golden era under Pep Guardiola. Alongside La Masia graduates such as Lionel Messi, Sergio Busquets, Andres Iniesta, and Gerard Pique, the winger quickly rose to prominence and became a prized asset for the club.

He enjoyed a trophy-laden spell with Barcelona. Three Champions League trophies and five La Liga titles were added to his cabinet. The winger bagged 99 goals and 62 assists for the club in 321 appearances across all competitions during his seven-year stint. He could've achieved more but Barca's investment in better attackers served as a major stumbling block.

The introduction of Neymar and Luis Suarez into the Blaugrana's attack forced Pedro out of the starting lineup. After claiming a historic treble with the team in 2015, the now 32-year-old decided it was time to move on. He eventually joined Chelsea in a deal worth €30million.

We can all agree that his time in the Blue jersey has been remarkable. Pedro has won three titles since he switched to London. He's also bagged 42 goals and 27 assists for the Stamford Bridge outfit across all competitions. However, it doesn't look like he'll be able to further add to those numbers.

Frank Lampard has started a new era at Chelsea. The manager is giving more attention to the young players in the team. At 32, Pedro doesn't make the cut. He is clearly out of Lampard's plans. A look into the stats sheds more light on this claim.

The Spaniard has started just four games in the Premier League this season. His two appearances in the Champions League have also come from the bench. Overall, he's recorded just 554 minutes out of a possible 2700 in all competitions. He's now surplus to requirements. 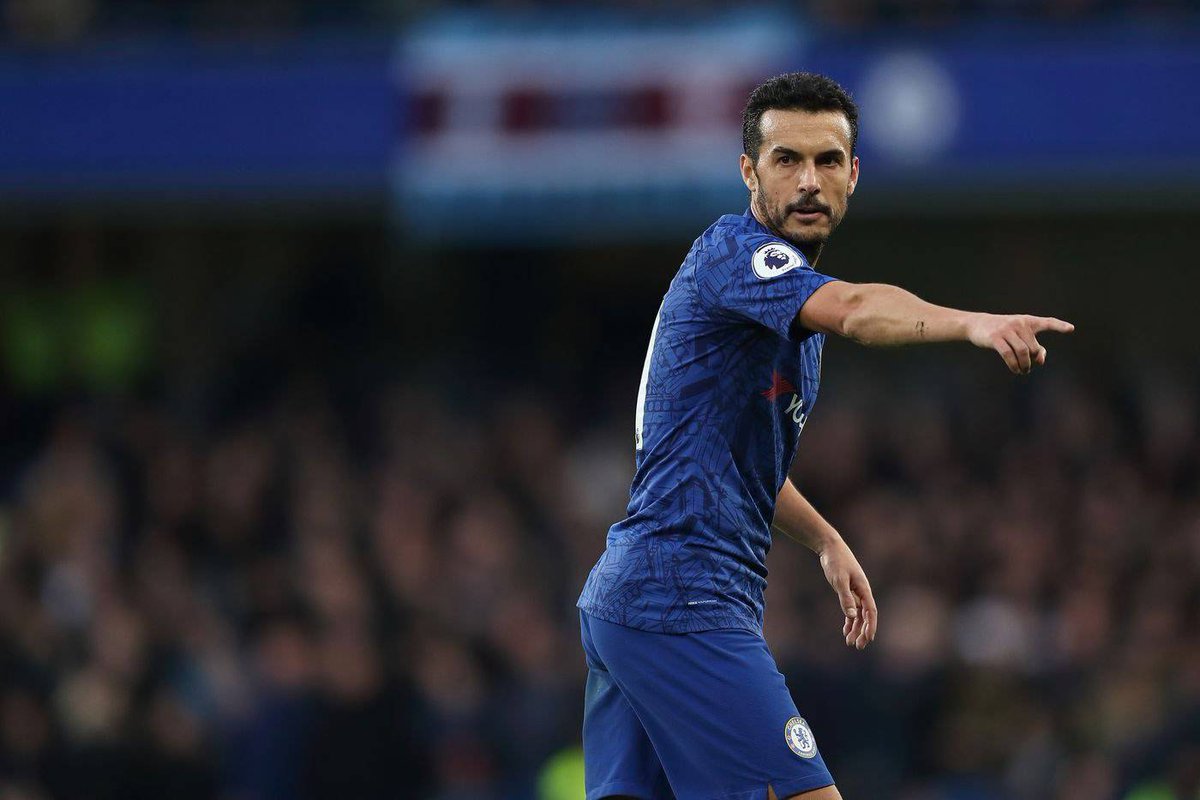 It appears Pedro knows he has reached the end of the road at Stamford Bridge. The attacker recently admitted he could soon part ways with the Blues. He also added that he'd cherish a return to the club that gave him his big breakthrough. At this stage of his career, going back to his boyhood side is certainly an interesting option. However, whether Barca needs him is another question...

The Blaugrana already have a world-class attacking unit consisting of Messi, Suarez, and Antoine Griezmann. The likes of Ousmane Dembele, Ansu Fati and Carles Perez are also fighting for minutes.

Moreover, recalling that Philippe Coutinho is only on loan at Bayern Munich, coupled with constant Neymar talk, the prospect of signing Pedro doesn't make much sense.

The Spaniard's best days are behind him. Unless you are Messi or Ronaldo, there isn't much you can offer at that stage of your career. With the Champions League trophy in sight, Barcelona can't afford to sign players who cannot be trusted to deliver consistently on the biggest stage.

Notwithstanding, Pedro could still be a decent short-term option for the Catalan giants. He is already familiar with the club's tactics and also has a good connection with the key figures in the team. Reuniting with the attacker could play into Los Blaugrana's favour. He could help to bring back the spice into the team when he links up with his old friends.

His contract with Chelsea will be up at the end of the term. Barca could get him at no cost. With that in mind, it's a risk, but one worth taking. Whether the Blaugrana will approve the attacker's return remains to be seen. If it doesn't work out, Pedro won't be left without options. He could follow the likes of Iniesta and Sergi Samper to Japan. He could also join Inter Milan if he desires a different challenge.​..