Should Brighton be seriously worried about relegation this season?

Brighton are bottom of the form table and are the only team in the top four tiers of English football yet to pick up three points in 2019. The last time the Seagulls won a Premier League game (a 1-0 win against Everton on December 29th), they were 11 points clear of the relegation zone, that gap has now been cut to just two points, leaving Chris Hughton’s men suddenly looking over their shoulder.

The latest defeat was a 2-1 loss against Leicester City at the King Power Stadium on Tuesday night. Davy Propper’s first goal for the club was not enough for them to take anything from the game. In his post-match interview, Hughton spoke about the need for results.

It's only us who can turn things around,

We can't keep speaking about character after every game, we need to make sure we get results. It doesn't matter how the results come. Sometimes you need a bit of fortune, resilience and grit.

We weren't going to go through the season without having a difficult period and it's still in our hands. We have a good opportunity at home to Huddersfield on Saturday to start picking up points.

With both Huddersfield and Fulham cut adrift at the bottom of the table, there is, realistically, just one relegation place left. Cardiff City is the team who currently occupy that third and final unwanted spot. But there could be as many as six teams, up to Newcastle United in 13th position, who will be wary of replacing the Bluebirds at the end of the season.

Brighton’s form and subsequent fall down the table will be worrying for both fans and players. The defence will need to be tightened up, having conceded two or more goals in four of their last five games, including shipping four against Fulham in January. On the flip side, The Seagulls are still creating chances to get something from games. In their last two outings (against Burnley and Leicester) they forced both Tom Heaton and Kasper Schmeichel into good saves. Top scorer Glenn Murray would also have expected to do better with two opportunities in the midweek loss against the Foxes. If Albion continue to create the same amount of chances, you would expect someone with the finishing prowess of Murray to hit more than he will miss during the remainder of the season. 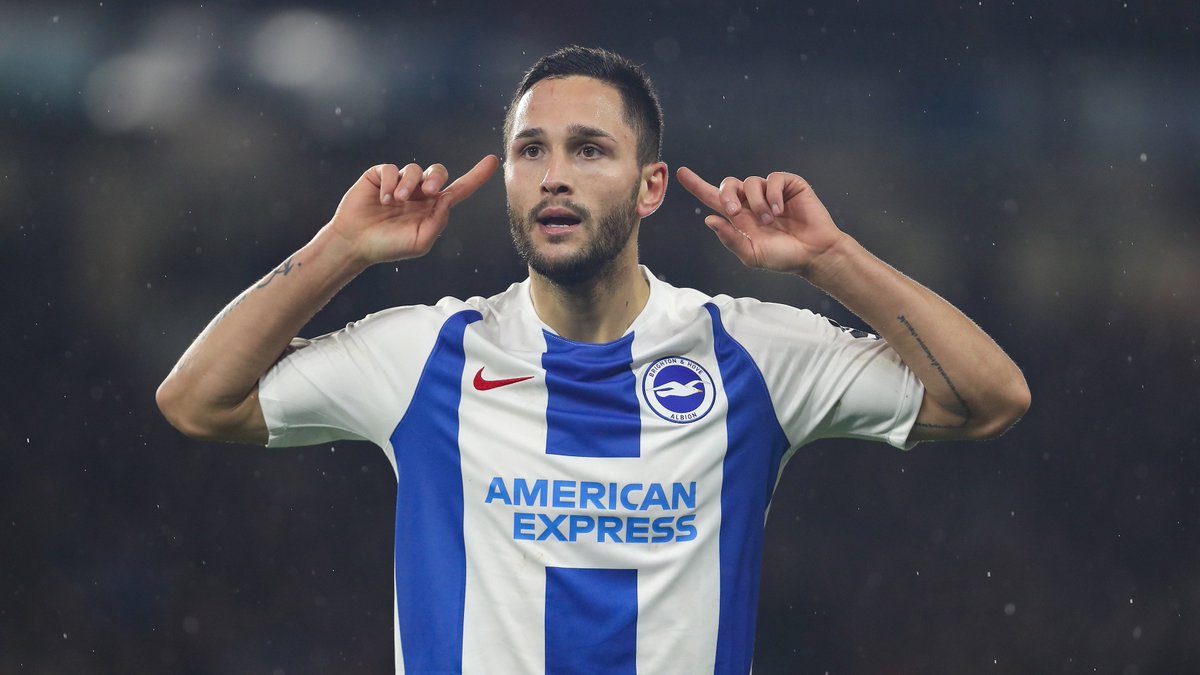 Brighton’s next three league games will tell us if they should be worried. Bottom of the table Huddersfield visit the AMEX Stadium on Saturday, before a trip to Crystal Palace and a home game versus Southampton sandwich the club’s FA Cup Quarter-Final game against Millwall. All the teams in the League games are also teams fighting for their Premier League status, positive results could lift the Albion to virtual safety, leaving the others scrapping below them. On the other hand, if Brighton’s form continues, and they fail to pick up a win, then it will be a nervy end of the season for the fans, especially considering that their last two matches are against Arsenal and Manchester City. There is also a rearranged game against Chelsea too, which could be either a good or bad thing depending on which Chelsea turns up.

Of the teams looking over their shoulder, Brighton does possess one weapon in their armoury that others would want. Murray’s next strike will be his 100th league goal for the club. The 35-year-old has been an ever reliable goal-getter in the blue and white. He scored 12 in the Premier League last season, and is just two short of that this term. If he can find his scoring boots again, then the striker should be able to fire the Seagulls back up the table and away from danger.

Duffy is just four games short of 100 appearances for Brighton, and perhaps surprisingly for a central defender, he is second in the club’s goalscoring charts so far this season with 5 goals. The 27-year-old has been an ever-present over the last two Premier League seasons and has formed a formidable partnership with fellow defender Lewis Dunk. If Duffy can help keep things tight at the back as well as continuing to contribute at the other end of the pitch then Brighton will be a Premier League club again next season.

Knockaert is inconsistent, so much so that he has been in and out of Chris Hughton’s starting eleven for much of this season. However, when he is on it, he is a dangerous player for the opposition. A first start in eight games came against his former club Leicester, and the winger took the chance with both hands, causing the Foxes problems down the right side of the field all night. He came close to drawing the Seagulls level by forcing goalkeeper Schmeichel into a fine save in the first half. If the Frenchman can maintain the form that he showed midweek then he could just provide a spark that Brighton have been searching for over the last couple of months.