Victor Moses is reportedly on his way back to Chelsea from Fenerbahce. Frank Lampard is understood to be clearing the path, and heck, who wouldn't under such conditions? Still handicapped in the transfer market, loan returns are the only realistic options for the Blues.

Moses wouldn't have thought his season would take an early, dramatic twist - particularly as the previous campaign ended in a rather disappointing manner. Although it wasn't exactly colourful, there was a sprinkle of class here and there during individual moments of brilliance.

The 28-year-old buried four goals and assisted one as the Yellow Canaries leapt from the relegation zone to finish in a respectable sixth. Moses was Ersun Yanal's go-to guy in attack - though an injury shifted that title to someone else.

With the compliment of a full preseason under his belt, Moses sorts to reclaim his manager's trust. He did, at least in the season’s first hour against Gazisehir Gaziantep FK. The Chelsea loanee scored and assisted. Fenerbahce was cruising to a 5-0 victory. Then, injury struck again. The Nigerian would be ruled out for over two months.

There was another twist on his way to recovery. At his parent club, reports surfaced that Chelsea wanted him back. Turkish sports daily, Fanatik, claims Lampard is keen on his former teammate and may expedite his return to Stamford Bridge in January.

Moses made his long-awaited return from injury against Konyaspor. He featured for 81 minutes as Fenerbahce won 5-1. The Nigerian's display didn't exactly reflect a player who missed seven matches recently.  He was the missing livewire in the final third. Starting on the left, Moses drifted inwards to his right and occasionally tried his luck from range. He was full of energy, pace and hunger. The Nigerian lacked end product, however, failing to contribute a goal or an assist.

Throughout his career, Moses proved to be dedicated, committed and hardworking. His work-rate is unrivalled. Physically strong, fast, technically gifted with quick feet, the Nigerian can beat any player on his day. Beside occasional bit of flair, though, Moses is futile in the attack. 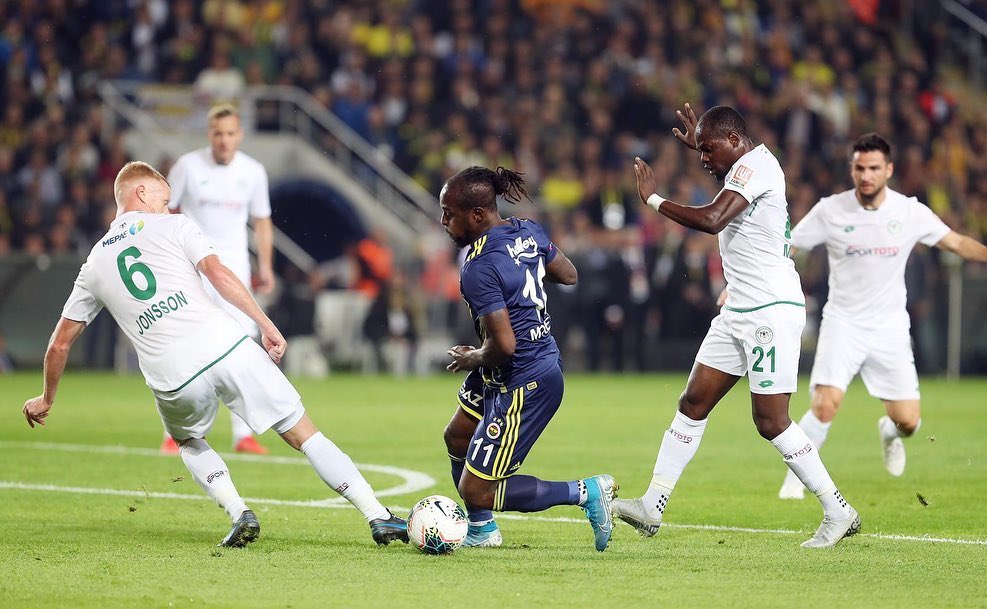 With recent reports of a Chelsea Reunion for the Nigerian winger, do you think Victor Moses will have a better career if he returns to Chelsea or stays in Turkey??

Moses' productivity in the final third is mediocre while his decision-making often comes into question. He has only netted 20 goals in the Premier League, with 18 assists. That’s not a great return for a player who has been in the top flight of English football since the 2009/10 season.

In Lampard's new, young-looking squad this campaign, it's difficult to see where the former Crystal Palace man now fits in. The Blues boss has kept faith in youth and is being rewarded. His team is more clinical in both defence and attack and I'm not sure in which position Moses can make an impact at Stamford Bridge.

Chelsea is fourth in the Premier League, top of their Champions League group and determined to make it eight wins on the bounce when they host Manchester United in the fourth round of the Carabao Cup today. The exuberance of Tammy Abraham, Mason Mount, Christian Pulisic and Callum Hudson-Odoi produced 23 league goals – the joint third-best in the division.

Lampard would definitely be uptight about his defence. The Blues conceded 16 – the joint-worst of teams not in the relegation zone. The Englishman's experiential backline hasn't quite clicked like the attack. The usually dependable Cesar Azpilicueta switched in and out of form.

This is where Moses would have possibly capitalised, especially with Davide Zappacosta out on loan at AS Roma and youngster Reece James not ready. But the Nigerian isn't comfortable in defence despite experience as a wing-back. His positioning isn't great while he is weak at tackling and marking.

Verdict: Although partly borne out of necessity, Lampard's faith in youth is no vanity project. Why fork out around £4million-per-year on a mere spectator?