Should Chelsea swoop for Victor Osimhen?

Frank Lampard's reign as Chelsea manager didn't start on a bright note. After losing the UEFA Super Cup to Liverpool, the former midfield maestro oversaw a 4-0 defeat to Manchester United in the opening match of the new Premier League campaign. But the team quickly bounced back to record just one loss in the next 11 league games, holding down a top-four spot as a result. Chelsea fans began to dream of bigger things for the Stamford Bridge outfit.

But a recent run of poor results has put paid to those dreams. Losing occasionally is understandable. But four defeats in the last five league games have shown all is not well with the Blues. The main problems are both in defence and attack. The centre-back partnership of Fikayo Tomori and Kurt Zouma has been excellent at times. Yet, in the big games, it has always come up short. This has led to the team leaking goals and losing valuable points.

However, a lack of goals up top has been an another alarming issue. Although Lampard has three strikers at his disposal, only Tammy Abraham appears to be performing to the required standard. The 22-year-old has rewarded his manager's confidence with 11 goals in 16 league appearances. Olivier Giroud and Michy Batshuayi come in once in a while to see out games and none has been able to make a case for a starting berth. While the Belgian has found the back of the net once in 11 substitute appearances, the Frenchman is yet to record his first league goal.

It's no surprise then, that Giroud is on the verge of leaving the club in January. Batshuayi may have to follow suit, too. With Euro 2020 on the horizon, regular first-team football should be a priority for the former Marseille man - as it is for his older teammate. That opens the door for Lampard to bring in a new striker to provide another option for goals. 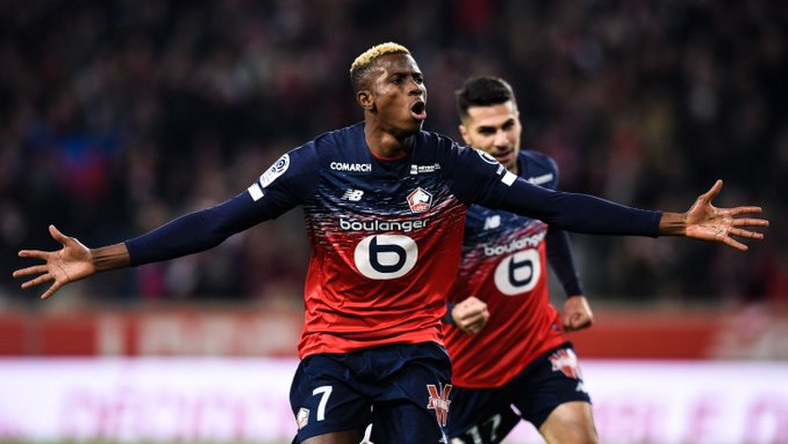 Favouring youthful players whom he can easily shape to play his style, Lampard may need to look in the direction of Victor Osimhen. The young Nigerian striker was acquired by Lille in the summer as a replacement for Nicolas Pepe. But while the Ivorian has failed to shine since moving to Arsenal, Osimhen has been a revelation at Lille.

Like Chelsea, the Ligue 1 side is fighting for a slot in next season's Champions League. Osimhen's 10 goals in 18 outings have put the side in strong contention to hit the target at the end of the season. But for the former U17 World Cup Golden Boot winner, that may be the best to aim for with the French side. Finishing last in their Champions League group without even qualifying for the Europa League this term suggests Osimhen may need a bigger club to reach his full potential.

Chelsea is a club in need. After losing Eden Hazard to Real Madrid, the team is now struggling to keep up with the top dogs in the division. Liverpool and Manchester City have been joined by Leicester City in the title race, but with consistency, Chelsea can easily join the party. Perhaps, just like Hazard, another man from Lille, could help spark the London side back to life as a title challenger.

Osimhen appears ready for the step up and could provide competition for Tammy Abraham in the Chelsea attack for years to come. Both men can also play together with one acting as a second striker when there's an urgent need for goals. Full of energy and the desire for success, the duo could make the difference for Lampard's side.

So moving for the young centre-forward to strengthen the team's attack could make the difference in the team moving forward. Valued at £27million at the moment, this may be the best time to secure his services. Already an important member of the Nigerian national team, he can only rise higher as develops at club level.