On 24 October 2015, Leicester City laboured to a one-nil victory over Crystal Palace. It was Matchday 10 in the Premier League and the Foxes were seated fifth. The bookmakers had them 5000-1 to win the league. That was a profitable bet to make. At season’s end, Leicester won the title with a game to spare. Four years to the day later, Leicester rained fire and brimstone on Southampton to pick up an easy win on Matchday 10 of the 2019/20 campaign. The victory ensured the Foxes remained third. Once again, few are taking Leicester’s title credentials seriously.

Things have changed considerably at the King Power since Leicester won the title in 2016. Five different managers took charge either temporarily or permanently following Claudio Ranieri’s emotional farewell. Still, some things refuse to change, like Jamie Vardy latching on to a diagonal cross and firing home with aplomb.

The fifth manager in that succession deserves a boatload of credit for Leicester's start to the campaign. In spring, Rodgers left a cosy gig at Celtic where trebles, let alone titles, were almost guaranteed. Choosing Leicester was a step down from both the Scottish Champions and Liverpool but still a level above Swansea and Reading.

Despite personal tragedy at the King Power, the Srivaddhanaprabha family still have a taste for competition. They backed their new manager in the transfer market, giving him the freedom to express his philosophy. Results arrived quicker than anyone expected. Leicester are playing breathtaking football again. 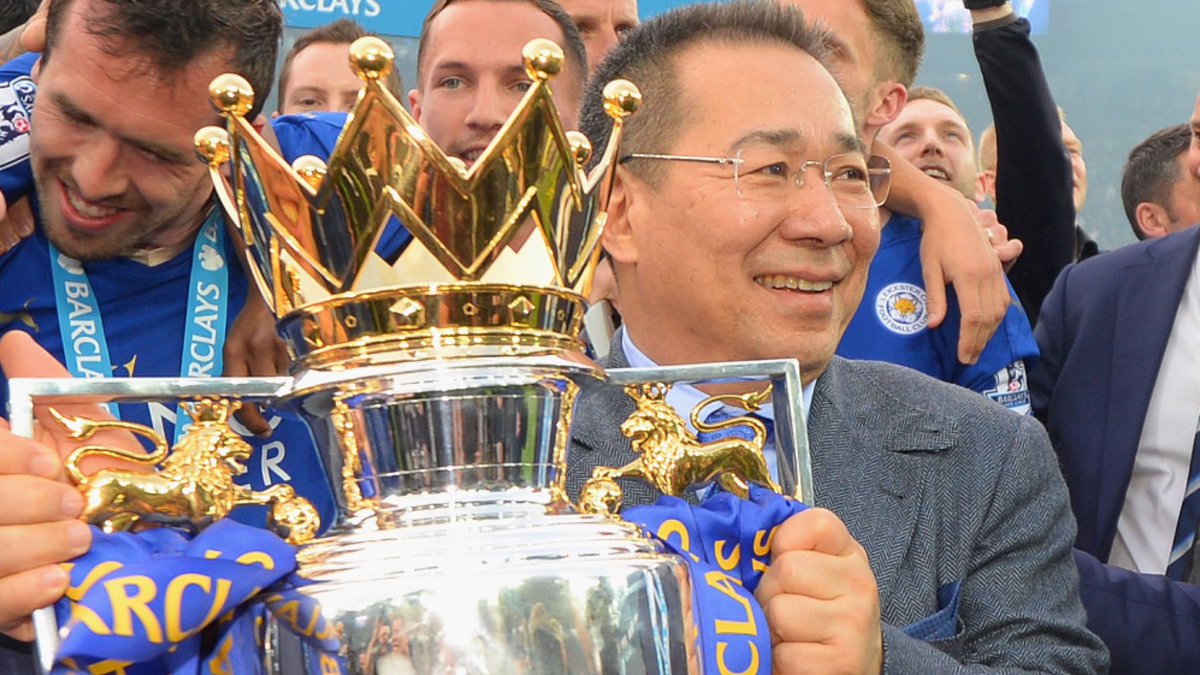 SPORTbible
sportbible
Follow
Vichai Srivaddhanaprabha bought a struggling Leicester in 2010 and cleared all their debts of almost £100 million.

Srivaddhanaprabha would not only pump money into the football club, but his generosity towards the city of Leicester was nothing short of incredible... https://t.co/krmJTvaWYZ
Follow
11:40 AM - 27th Oct 19
2326
13536

Save for Steven Gerrard's infamous slip at Anfield five years ago, Rodgers would’ve been a title winner in the English topflight. While we can agree Liverpool’s a much bigger club than Leicester; the Foxes know what it feels like to win in the Premier League era. If the feat can be repeated, you wouldn’t put it past the Irishman.

The value of Rodgers' supporting staff is understated. They contribute in no small measure. Former Premier League winner Kolo Toure helps him handle first-team duties while the boss hails the work of assistants Chris Davies and Glen Driscoll [fitness coach].

On paper, Leicester don't match up with Liverpool and Manchester City. No one thought they had any business in the top six in 2015/16 either. Belief and commitment often compensate for a lack of talent.

Take Vardy. How does the 32-year-old keep scoring? An unheralded late bloomer, his blazing speed fuelled their title run. Now he must pick his spots but has picked them well enough for nine goals in ten appearances, including that fine hat-trick at Southampton. Since Rodgers joined Leicester, no player has scored more League goals than Vardy's 19.

It's not just about the old man, however. Ben Chilwell is one to talk about. The left-back stands out for Leicester, outperforming Liverpool’s Andrew Robertson. Both have three assists but Chilwell has buried one himself. With Ricardo Pereira on the other flank, Leicester's full-backs rival the Reds. Meanwhile, Caglar Soyuncu has been such a beast in central defence, no one misses Harry Maguire.

In midfield, Ndidi commands all the respect a defensive midfielder can get in England. Further up the pitch, Youri Tielemans is favourably competing for the signing of the season alongside Ayoze Perez. Both have been a breath of fresh air.

With the spirit in this Leicester side, why can't they challenge for the title?