The Premier League continues with all the thrills, disappointments and excitement. Liverpool set the pace with a massive 22-point advantage over Manchester City. Unless you're expecting too much from Ole Gunnar Solksjaer, Manchester United are doing alright for themselves of late as well. Of late being the operative term.

Fifth on 42 points, the Red Devils put up convincing displays against top sides but struggled against weaker clubs who compressed into low blocks United could not penetrate. After signing Bruno Fernandes in January, Solksjaer's men are now cracking opponents' shells like peanuts. Three points behind Chelsea, Champions League football in 2020/21 is suddenly a real possibility. If Manchester City's European ban is upheld, catching the Blues may not be necessary. Rather, they'll just need to hold off the hot pursuit which includes Wolves, level on points, Tottenham and Sheffield United who are two adrift and Burnley, Arsenal and Everton, all within five.

Despite losing Marcus Rashford for the campaign, Fernandes works well with Anthony Martial. He creates chances for Daniel James and Juan Mata too. While those haven't paid dividends, confused defenders suddenly needing to keep track of all the attacking options find themselves leaving Fred and Scott McTominay unaccounted to their regret. Even so, Solskjaer could do with more effective options in attack. One player notably ineffective in league play is Jesse Lingard.

After successive loan spells, he became a first-teamer under Louis van Gaal then thrived when Jose Mourinho arrived. His rampaging runs, creativity, and sense for the big moment left many tipping him as the next big star at Old Trafford. Then 2019 came and went with virtually nothing to show from the 26-year-old. He scored in the Europa League group stage match v Astana in Kazakhstan but his last goal in the Premier League came in the 3-1 victory over Arsenal on 25 January 2019. He scored in the FA Cup against Tranmere Rovers a year and a day later but his top-flight drought continues. His two goals and two assists in 34 appearances across all competitions this term come in Cup or Europa League play. He struggles to match last season's paltry return of five goals and three assists from 36 matches. While it's encouraging that he set up Fred with a goal against Club Brugge last week, it's fair to say Lingard is more liability than asset. 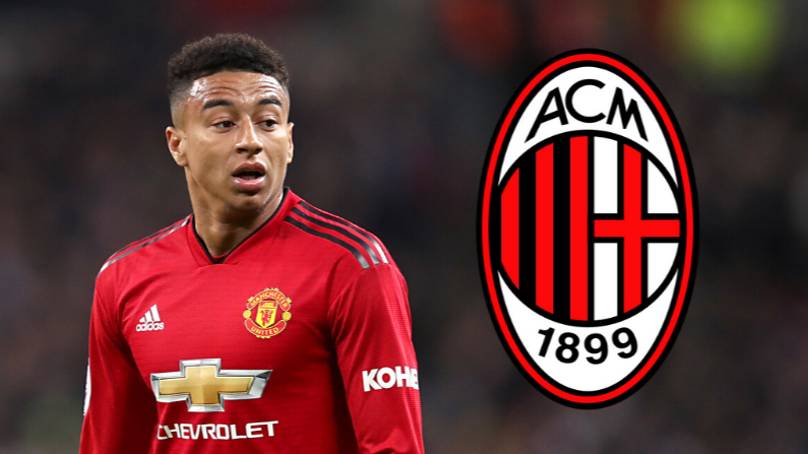 SPORTbible
sportbible
Follow
Jesse Lingard is set for a move away from Manchester United and is being offered to AC Milan. 🔴⚫

Manchester United's rebuild appears to be heading in the right direction. Harry Maguire and Aaron Wan-Bissaka provided a solid defensive foundation. Luke Shaw's move to left-centre-back in a three-man setup adds to that. McTominay continues to be a revelation as a holding midfielder but full-time under Solskjaer. The Norwegian also tapped into Fred's top form, something Jose Mourinho couldn't or couldn't be bothered to do.

In attack, Daniel James production tailed off following a brilliant start but he still works hard off the ball. He lacks confidence when finishing. But if the Welshman's self-esteem is running low, Lingard's disappeared into a black hole. With the squad's form surging, cutting ties with the erstwhile English international may be best for everyone. His departure would reduce the wage bill and create space in the squad. The club can bring in a new player and continue with the rebuilding project. United desperately need a dangerous right-winger. Borussia Dortmund's Jadon Sancho is the top target.

Meanwhile, Lingard can make a fresh start with a new club. Now 27, he still has some years left to spend at the top. New surroundings may benefit him as they have Romelu Lukaku and Chris Smalling in Serie A. AC Milan, Napoli and Roma are reportedly interested in his services. Atletico Madrid and Leicester City. Mid-table Premier League clubs ought to be intrigued as well. Crystal Palace could use some energy in attacking midfield. Watford is another possibility.

Recently, Lingard switched agents, signing with Mino Raiola. While the Italian is known for maximising his clients' income, he typically does so through player movement. At this point, however, Lingard has a great deal to prove. He might be best advised to worry less about wages and more about the right opportunity to kickstart his career.