Stockport-born Phil Foden is Manchester City's crowning jewel. For a club who have been by far and away England's most successful over the last few years, developing players from their academy was the last step. It's what separates the excellent and world-class - just look at what Liverpool, Manchester United and FC Barcelona have managed to achieve by unlocking the untapped potential of young up-and-comers who are 'one of their own'.

Since watching Foden on pre-season tour back in July 2017, you knew City had something special. He slotted seamlessly into a team containing magicians like David Silva and Kevin de Bruyne. Immediately, the talented teenager look right at home rubbing shoulders with the best in the business.

Fast-forward two-and-a-half years and Foden has certainly improved - though perhaps not at the rate many Blues fans would have hoped. Sure, Foden has played over fifty times for City, though the lions share of those have come as a substitute when games are already over. Take this season, which has been the 19-year-old's best in terms of numbers, as an example...

Foden has featured in 23 games, which on the face of it looks pretty decent. He's scored three and assisted six, then you look at the minutes played... Twelve of those appearances have come in the Premier League - totalling a mere 259 minutes. He has made two starts which simply isn't enough if you're looking to grow as a footballer.

The competition at City has only gotten fiercer since Foden made his debut in the 2017/18 term. Riyad Mahrez and Bernardo Silva have both been added, while Ilkay Gundogan has wholly improved under the tutelage of Pep Guardiola. That leaves Foden at a career crossroads...

Does the young attacker stick or twist? There are positives and negatives to both and make no mistake about it, this is a tough decision to make at this stage of such a young yet promising career. 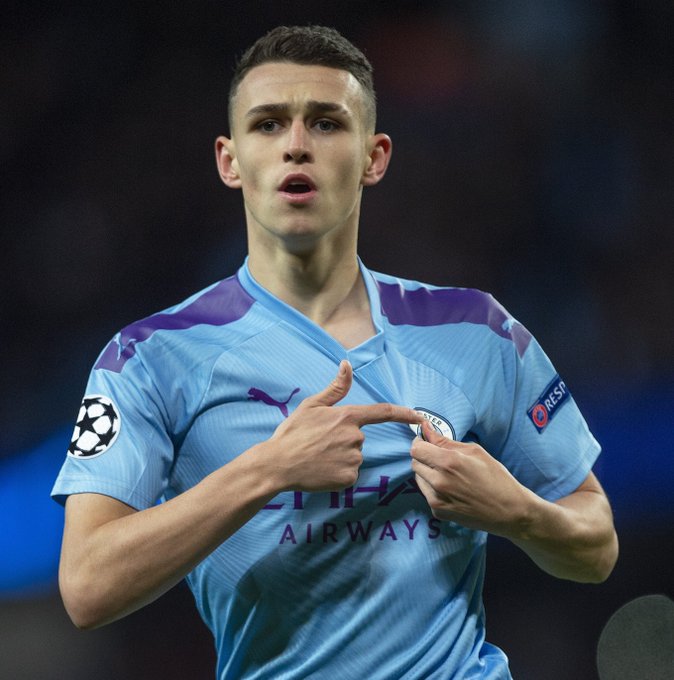 You have to understand that Foden is probably looking across the city at Mason Greenwood with a bit of envy, though the situations are completely different. United's squad is injury hit so Ole Gunnar Solskjaer's hand was forced somewhat, while the competition at Old Trafford is nowhere near as fierce. Liverpool's Trent Alexander-Arnold is another example, but wholly more fitting. Liverpool, like City, are enjoying a period of sustained success. The difference? The Anfield club has had decades to build up from the bottom. City are still relatively new to all this.

Jadon Sancho is the prime comparison. He left Manchester City for Borussia Dortmund. Just a couple of years later, the winger is on the brink of superstardom while commanding a nine-figure price-tag. That's what regular football can do for Foden, with Sancho proving that sometimes it does pay to move completely out of your comfort zone rather than moving to another club in England.

The temptation is there, make no mistake about it. That said, the ball is still in City's court. Foden is under contract until 2024 and they don't need the money. It'd take the player to kick up a fuss in a major way in order to force through a move. He's not the type of player to do that under any circumstances. Plus, why would he want to leave the club he supported as a boy? He's literally living his dream.

David Silva's role in this story is crucial. Perhaps it's the all-important factor. The 34-year-old is set to leave City at this season's end, opening up a door that Foden must leap through. The Englishman's minutes will increase quite drastically in 2020/21 and the youngster has to recognise that and remain patient.

In the end, home is where the heart is. Foden is comfortable at Manchester City. He's young enough but talented enough to understand that his minutes from this point forward will only trend upwards. All things considered, the smart decision is to stay put at Eastlands and continue to learn from arguably the best manager in the game.