Yeah. I couldn’t believe it either. I remember watching my first ever match in Japan. Sanfrecce Hiroshima took on Jubilo Iwata, who was at that point home to Jay Bothroyd. I watched a frail away team crumble as they lost 3-0, but I did see a decent former England international play well with the scraps his team gave him.

Bothroyd found himself in Japan after a long career in England (and Perugia in Italy) which saw him play for the likes of Coventry City, Wolverhampton Wanderers and of course that fabled run with Cardiff City. Despite no remarkable honors in England, the striker did make notable history nonetheless. Whilst in the Welsh capital he became the club’s first player to be called up to the national England squad; at the same time becoming one of the very few players to be included whilst playing in the second tier.

The call-up came due to his amount of goals in the championship that season, an impressive 18; which made him amongst the top scorers throughout the season. He became no stranger to history-making and as well, adversity. He left Cardiff on unamicable terms after their season ended with defeat in the playoffs that season. Claiming he couldn’t continue his career there. The same happened at QPR, he didn’t impress anyone. Not to mention the feud he created with Owls fans whilst he was on loan at Sheffield Wednesday.

He’s now plying his trade with Consadole Sapporo. The J1 team is a plucky outfit based in the northern island region of Hokkaido, where it gets very cold. Colder and Icier than his relationship with the Hillsborough faithful, now that’s freezing. He dons the Dennis the Menace style kit with strength; as he’s one of their more potent goal forces.

So how can this rogue from Islington hope to change the ways of the Land of the Rising Sun? Well… the 36-year-old actually wants to indulge in Japanese culture. He’s here and he wants to get along and live his life here. A big part of living in Japan is doing things the Japanese way. Other cultures and practices are most certainly welcome, but the native way is vitally important. The Arsenal youth product realises that and makes an effort to submerge into the local customs. His Instagram certainly suggests it. He’s trying the local food, visiting landmarks of the country – he’s even playing one of the nation’s favorite pastimes; Golf.

Ah, that’s where our story hits the touch paper. Bothroyd likes a round or two of golf; and in the scenic prefecture of Hokkaido, who can blame him? Breathe in the cool crisp natural air and watch the world go by as you strike a little white ball across the fair. Sounds great. Except for the striker… he was denied entry.

Yep. A man who had played at the highest level of football, for England, was denied entry to a suburban golf club in Japan. Maybe they didn’t know who he was. The golf club in question had a muddle of information floating around. Their website in English suggested that foreigners needed a club member to accompany them if they wanted to use the facility. Whilst the Japanese site implied that they could use it if they were a resident of Japan – which he is. Yet, was still turned away by the staff.

Altogether an unusual situation for all involved; having spoken to many Japanese nationals since the events last week. All of which were surprised and felt that this isn’t the Hokkaido nor the Japan they know. Soccer fans in the country spoke at length about how outdated this rule is; and that nobody should be treated like this – getting behind Bothroyd in the process.

One week passed, with seemingly little activity from the forward. That was until this morning… he had been in touch with the golf club’s officials who had met him personally. The news: the golf club renewed it’s policy and has relaxed the rules on foreign clients using the facilities. The ex-Cardiff hero uploaded a much more upbeat tweet this morning; with him explaining the changes (in English and Japanese). Oh and also a picture of him and seemingly the head honcho of the golf club grins all round.

Whilst this should have happened in the first place, it’s good that Bothroyd took the time to question and challenge the stigma he faced as a foreigner. He’s done so and made a bigger change than he could have ever imagined when he first moved to the country. Not all superheroes wear capes, some wear Red and Black stripes, in Japan. 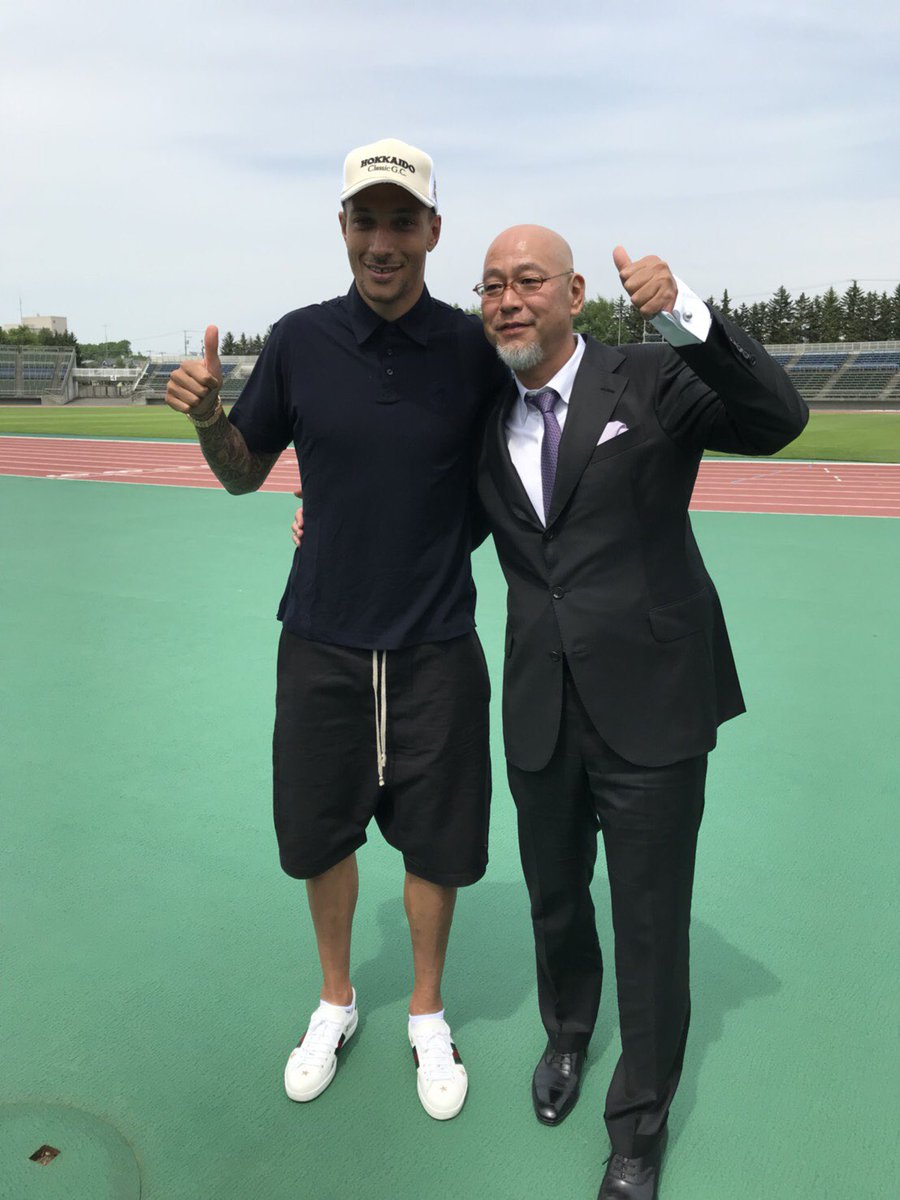