Should Spurs shop for another striker?

Tottenham Hotspur’s honeymoon period under Jose Mourinho is over. The free-wheeling romp through the first five matches ended with them stuck in a muddy track. With just one win in their last five games, the reality of the Special One's defensive tactics sets in. Mauricio Pochettino’s failures wasn’t a glitch in the system after all. Real problems exist. One of the most glaring is their inability to finish chances.

Spurs now have breathing room to fix their problems, with comfortable fixtures lined up. The question is, which problem to resolve first?

Granted, there’s an immediate need for stronger defenders to stop conceding sloppy goals. That being said, they can’t win matches without a reliable scorer. Harry Kane’s out till April. Son is a diligent centre-forward but doesn't fit Mourinho's vision for a number nine. Lucas Moura can work magic when running at defenders but lacks the size and strength to separate from them in more static situations within the box.

If the Lily Whites are to compete on all fronts without their captain, they need a striker to fill his void. Of course, a like for like replacement is out of the question. One doesn't exist. The England captain’s bailed them out of trouble on a regular basis. Not only does he net important strikes, he drops deep to link up and create. Perhaps the closest rival to him is Liverpool's Roberto Firmino, the man who scored the game's only goal. But the Brazilian is neither available nor as prolific.

There is too much to play for before Kane returns. The Champions League looms. Eighth and nine points behind fourth-place Chelsea in the Premier League, hopes for a place in next year's competition fade. They can’t afford to be left further behind. Daniel Levy must whip out the chequebook.

January isn’t the fondest hunting ground. After watching winter signings like Fernando Torres and Andy Carroll fall flat in past years, there’s reason for caution. The Lily Whites need a swoop on the order of Arsenal's for Pierre-Emerick Aubameyang if they are to recover. Krzysztof Piatek is on the market. Following Zlatan Ibrahimovic’s return to Milan, the young Pole's time with the Rossoneri may be ending. Spurs need an alternative to Kane, someone more instinctive inside the area and less likely to drop deep to create chances. Piatek is a capable finisher when given sufficient support. 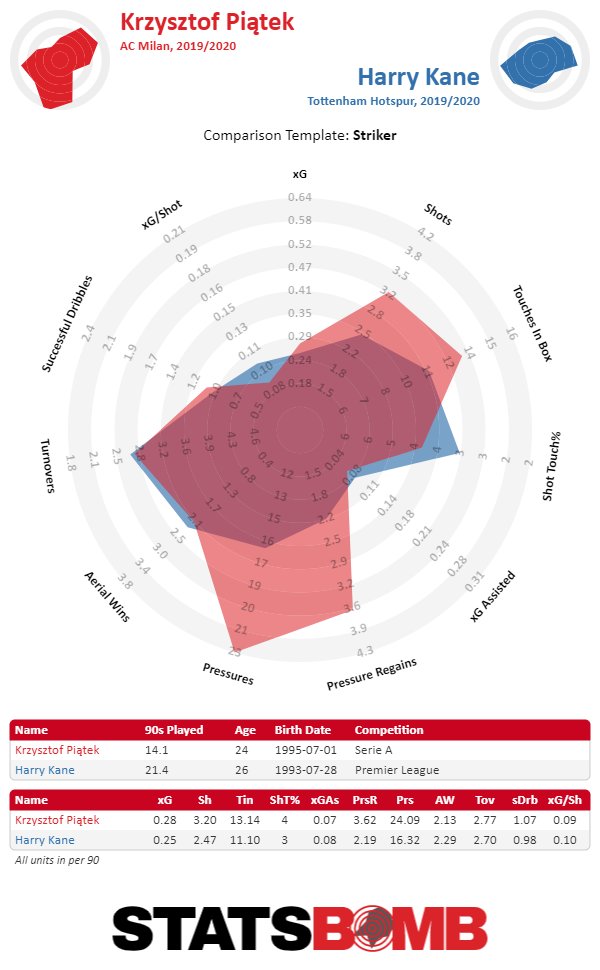 With the creativity in Spurs midfield, with or without Christian Eriksen, Piatek would find such support in North London, much as he did when at Genoa. In turn, Tottenham would benefit from a proven finisher. Strong in the air, accurate with his close-range finishing, possessing a sudden burst of pace, he’d be the impactful centre-forward needed to bring back the fireworks.

The bigger gamble is Olivier Giroud. The Frenchman is out in the cold at Stamford Bridge. Joining Spurs would be a distinctive accomplishment. The only other player to feature for London's top three clubs, Arsenal, Chelsea and Tottenham, is William Gallas. Legendary striker Clive Allen was on the books at all three sides but never featured for the Gunners.

Like Fernando Llorente before him, the 33-year-old is a strictly short-term target although he offers similar qualities. His holding play would allow Spurs wide men and attacking midfielders to overlap into the box and he is an aerial and goal-area presence who would surely finish the sumptuous cross Serge Aurier provided for Lo Celso. Even better, he trumps Llorente with his Premier League experience. The Frenchman boasts 78 Premier League goals and 32 assists. A one year deal shouldn’t harm anyone.

An experienced presence would also help Troy Parrott’s growth. The 17-year-old’s success attracts interest all around but the Lily Whites won't surrender their crown jewel easily. It’s understandable for Mourinho to be more cautious with the striker than he is with Japhet Tanganga. Along with his inexperience, Parrot lacks the physicality to deal with Premier League defenders. The pressure of replacing Harry Kane, even for a short spell, could derail his progress.

One goal in their last two games exposes Spurs need for a Kane stand-in. If Levy fails to invest in a credible option, Mourinho's notorious third-year implosion may happen in his third month.