The stats that defined the embarrassing Arsenal defeat to Bayern Munich

By Kingsley Ukpai
Arjen Robben Arsenal Arsene Wenger Bayern Munich Champions League Opinion Slider Articles
Last night was a night of gloom for the Arsenal faithful worldwide. Their team were made to look like non-league minnows who won the lottery to play in the Champions League. Bayern Munich simply capitalised on the frailty of Arsenal, to inflict the most embarrassing defeat in history.

The Champions League round of 16 fixture between Arsenal and Bayern Munich is one that went sideways in a twinkle of an eye for the team from London. The game at the Allianz Arena certainly swung in the visitors favour when Alexis Sanchez followed up his missed penalty to slot home after Arjen Robben had cut inside and curled in a trademark goal.

Fast forward to the second leg played last night; Wenger's side was again brilliant in the opening stages. Granit Xhaka and Aaron Ramsey had succeeded in limiting the influence of Thiago Alcantara and Arturo Vidal on the game. Theo Walcott and Alexis Sanchez seemed comfortable operating on either side of the flanks supported by the bursting pace and direct play from Alex Oxlade-Chamberlin. Soon enough, in the 20th minute, Theo Walcott burst through the byline and blasted high into the top corner – a million possibilities must've started playing in the mind of Arsenal fans.

However, in a sad twist of fate, Laurent Koscielny barged into Robert Lewandowski in the penalty area and the referee pointed to the spot and sent off Koscielny after first issuing him a yellow card. Once again, with Koscielny gone, the floodgates were flung wide open and Arsenal began shipping goals in embarrassing fashion – we all know the eventual score-line.

Here are a few stats that put the embarrassing defeat into perspective.

Arsenal has not been able to negotiate the round of 16 in seven consecutive attempts. Honestly, football has changed a lot since Arsenal last reached the Champion League quarter-finals. Nicklas Bendtner was still a 'thing' (who wanted to be the world best footballer) and clubs like Rostov and RB Leipzig were just recently formed. 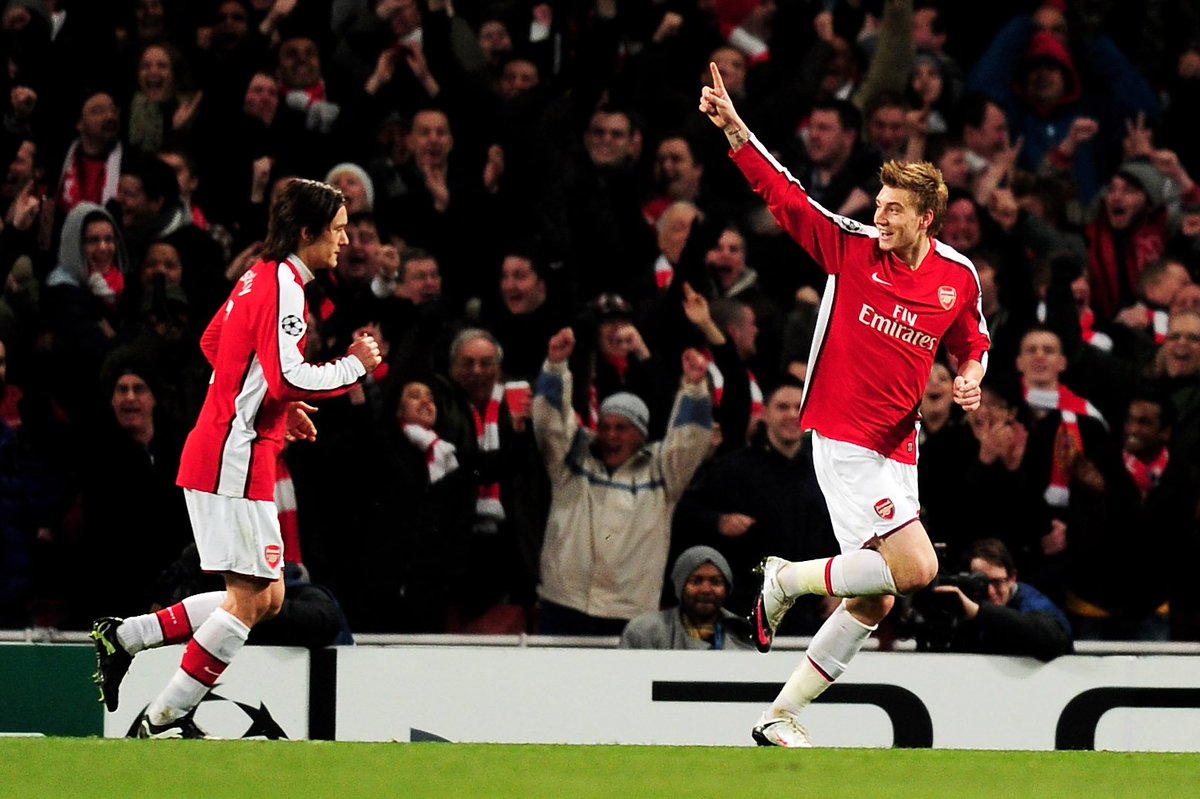 • Inter won the treble
• It was RB Leipzig's first ever season
• Bendtner scored a hat-trick vs. Porto https://t.co/F90tcaU9VM
Follow
06:21 AM - 8th Mar 17
384
293
Arsene Wenger had been rather unlucky to be paired against super powers like Bayern Munich, Barcelona, AC Milan and Monaco, all of whom proved too much for the Gunners to handle.

OptaJoe
OptaJoe
Follow
7 - Arsenal have been eliminated from the last 16 stage of the Champions League in each of the last seven seasons. Familiarity.
Follow
21:36 PM - 7th Mar 17
967
495

If you thought Chelsea did not exist since 2004, think again. Last night's 5-1 defeat at the Emirates is the biggest home defeat suffered by the Gunners since Chelsea thrashed them 5-0 at Highbury in the league cup in 1998.

Arjen Robben can't leave Arsenal alone, can he? The bald-headed attacker loves his customers from London. During his time with Chelsea, he was a predator in London derbies against Arsenal and now as Bayern player, phew…

Scoring in both legs of the tie against Arsenal means the Dutchman has now started a streak of some sort.

It's not just Arjen Robben that loves to find the net against Arsenal, but the entire Bayern Munich team. Aside from Barcelona's love affair with the Celtic goal; Bayern's love for putting it past Arsenal is quite unrivalled.

5 – The Gunners can't stop seeing red in the Champions League

It was the case again that an Arsenal player would be sent off in a Champions League match. Cast your mind back to notable red cards such as Lehmann against Barcelona in the Champions League final in 2006; Van Persie against the same opponents in 2011; Szczesny against Bayern Munich in 2014 and well, Koscielny last night.

6 – No Premier League team has ever been battered this much