Swansea City host Southampton at the Liberty Stadium. The two teams are in serious relegation trouble, yet both remain confident of retaining Premier League status. Victory in tonight’s encounter would be a huge stride for either side.

In the last game, Swansea slumped to a 1-0 defeat away at Bournemouth. Ryan Fraser’s 17th-minute goal sent the Swans into the relegation places. Southampton overtook the Welsh outfit, jumping up to 17th position. The Saints, however, missed a great opportunity to put clear daylight between the bottom three on Saturday evening. Having taken a 56th minute lead away at Everton through Nathan Redmond, they were agonisingly pegged back six minutes into added time.

The weekend’s results left Swansea and Southampton level on 33 points. Each side has two matches remaining.

There is no such luck for Stoke City. The Potters were the first team relegated in the English top-flight this campaign, losing 2-1 at home to Crystal Palace. West Bromwich Albion’s fate looks sealed, too. Despite a remarkable revival under Darren Moore, the Baggies require a miracle to survive.

It leaves Swansea, Southampton, and Huddersfield Town fighting to avoid the last portal into the Championship.

Huddersfield earned a surprise point away at champions Manchester City on Sunday afternoon. The Terriers are now three points above the drop zone, although their goal differential (-29) doesn’t stack up to that of the Saints (-19) or the Swans (-26). Furthermore, David Wagner’s side play top-four-chasing Chelsea at Stamford Bridge followed by a home contest against Arsenal in their final two games. The Gunners could put on a show in Arsene Wenger’s farewell outing.

If there’s a winner between Swansea and Southampton, Huddersfield will need just one more point to extend their top division adventure beyond this season. A stalemate at the Liberty Stadium means the Terriers need to add two more points to guarantee survival.

Should Wagner’s men end the campaign poorly, then the Swans and Saints can both stay up. Now is not the time to rely on other results, though. They must each take charge of their own destiny.

In the season’s opener, Southampton and Swansea played out a 0-0 draw. Victory for the Saints this time will make going down highly unlikely due to their superior goal difference to the Swans. It would also ease tension around St Mary’s ahead of their final match at home to Man City. A win for the Welsh side, meanwhile, means they will only need a point against bottom-placed Stoke to avoid relegation.

Swansea’s fortunes have been diminished since August. Last season, Paul Clement revitalised the faltering side. The Englishman couldn’t maintain decent form, though. He was sacked on 20 December after recording only three wins in the first 18 league games.

Eight days later, former Sheffield Wednesday coach Carlos Carvalhal replaced Clement. The Portuguese boss arrived with the Swans propping up the table, four points from safety. However, he brought about an instant transformation to win his opening encounter away at Watford, 2-1. The 52-year-old built on his initial success to claim 11 points from the next six contests.

Although Swansea began March by hammering West Ham 4-1, their form has since gone awry. They haven't won in the last six matches, scoring only twice. The Swans must rediscover their winning formula before it’s too late.

Southampton’s recent demise is equally as troubling as their Welsh rivals. After finishing eighth last campaign, Claude Puel was unfairly dismissed. Even reaching the League Cup final wasn’t enough to save the Frenchman. It’s a decision the Saints have come to regret.

Mauricio Pellegrino took over the reigns last summer. Southampton soon plummeted. Slumping to 17th place signalled the Argentine’s demise. Overseeing the south coast side to just one win in his last 17 games, he lasted only nine months before Mark Hughes was ferried in to salvage the situation.

Having played for Man United, Barcelona, and Chelsea, as well as managing Wales and Man City, Hughes is respected throughout football. Despite defeats in his first three league matches in charge of Southampton, including suffering a devastating blow against Chelsea, surrendering a two-goal lead to lose 3-2, his new players responded. The Saints are unbeaten in their last three encounters, securing a valuable five points. The job now needs completing. 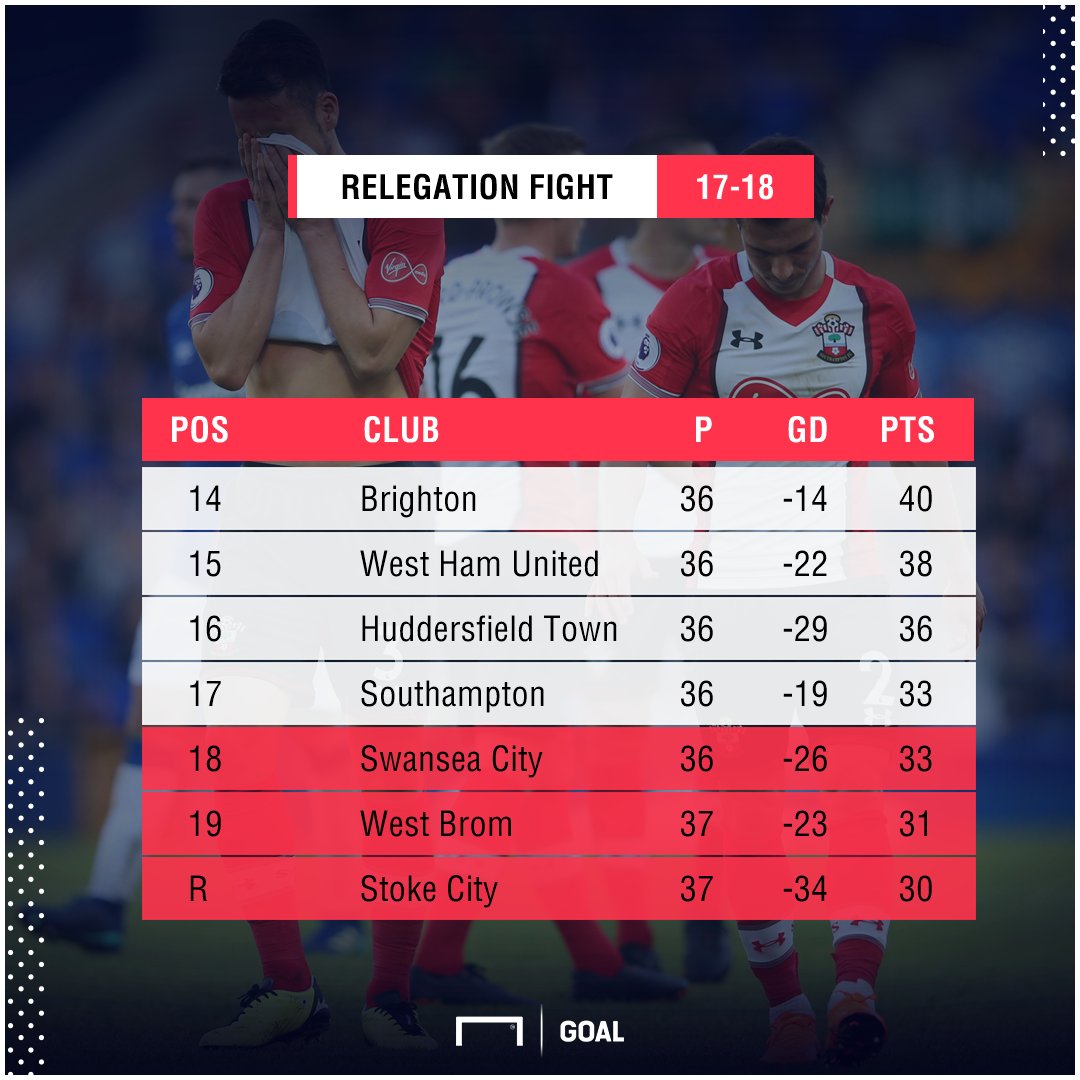 Tonight’s clash is enormous. Premier League survival is worth more than £50 million. There is immense pressure on both sets of players. Without a doubt, it’s the season’s biggest game for Swansea and Southampton.

Adam Webster arrived in the Premier League last summer when Brighton matched their club-record transfer fee, paying Bristol City £20 million. He'd been with the Robins for…