As the winter transfer window approaches, clubs reinforce their squad to tackle managerial and tactical shifts, injuries and breakout problems. You don't see many big names switching clubs mid-season but a recent trend is to buy then loan back to the selling club until season's end. Christian Pulisic and Naby Keita are two examples. The practice doesn't solve urgent problems but [usually] gives a player further opportunity to develop.

Liverpool are set to sign Takumi Minamino from Red Bull Salzburg. The rumours are strong and his release clause stands at just over £7 million. The Merseysiders didn't throw themselves into the market this summer. Their squad is stable. With no desperate needs, Jurgen Klopp prefers to increase his squad depth.

Minamino has been sensational for the Austrian side this season, scoring and assisting five goals apiece. He joined the club for less than £1 million from J.League side Cerezo Osaka in January 2015. While in Germany, he's netted 42 times in 136 appearances.

Critics doubt Minamino can find the same level of success in England as in Austria. His Champions League performances suggest otherwise, with the young Japanese striking for two and creating three more. Klopp witnessed his talent first hand in two group matches. While others focus on Erling Haaland, Klopp's eyes were open to other possibilities.

Tactically, Minamino fits like a glove in Klopp's system. He's an attacking stalwart, capable of playing across all the attacking positions, allowing Klopp to experiment with a 4-2-3-1 if he wishes. Displaying a tremendous work rate, The 24-year-old drops deep and is seldom marked when Salzburg regain possession. Consequently, he managed 2.8 shots per 90 [WhoScored] in the Champions League. 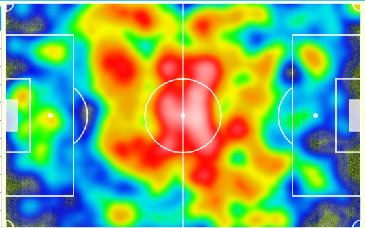 Divock Origi is an excellent second-choice in the No.9 role but doesn't provide cover for Roberto Firmino. Minamino's skillset, on the other hand, recalls the Brazilian. His acceleration when taking on defenders is superb. His key pass/passes/accuracy metric read 2.0/33.2/76.9% in Europe. His energy ought to please Klopp, the progenitor of heavy metal football.

“He's not the kind of player to say, OK the other team has got the ball so, please let me know once we have the ball so I then can take part in the game again. Even at the age of 19, you could see he was a good boy.” - Ralf Rangnick, Red Bull GmbH Head of Sport and Development.

While his slim build [5'9, 145lbs] will be tested in the physical Premier League, defenders must first catch him. He's too nimble and quick for most. If there is a weakness to his game, it's his close control. The Osaka native often shows too much of the ball [2.8 poor touches/90] or is too easily dispossessed [1.7x/90]. Klopp will work on that when the player arrives in Liverpool.

Minamino must catch on quickly, however. Football is now a young man's game and getting younger all the time. At 24, he's entering his prime years when clubs expect their players to be fully developed. He can contribute a great deal to Liverpool if he realises his potential but, as deep as the Reds are, they can't afford to be too patient with him.