Why Malaga's relegation was self-inflicted

Emmanuel Boateng’s 93rd-minute goal for Levante was the final nail in Malaga’s coffin as the Albicelestes got relegated from La Liga on Thursday night. What followed was an emotional sight as tears welled up in both players and club directors' eyes; even before the final whistle was blown. By the time it was all over, the supporters were visibly distraught.

Levante played the perfect game with the knowledge that a win would accomplish two important things. It would condemn Malaga, their fellow relegation candidates, to the dreaded drop. On the other hand, it would also confirm their own survival. Little surprise then, that there were widespread jubilations as the Ghanaian scored the only goal of the match late on.

But Malaga’s relegation should come as a surprise to no one. The Boquerones have been rooted to the bottom of the La Liga table all season. With only four wins this term, this is well-deserved. The squad has simply lacked the quality to compete in the top flight. Even a change in manager in January did the club no good. It takes a miracle to press water out of a stone and Jose Gonzalez is no miracle worker, he is merely a football manager.

Malaga rose to great heights in Europe and won the UEFA Intertoto Cup in 2002. After a brief decline to the lower league thereafter, the club gained promotion back to La Liga in 2007. The last decade has seen the club make marked progress in both La Liga and continental football. 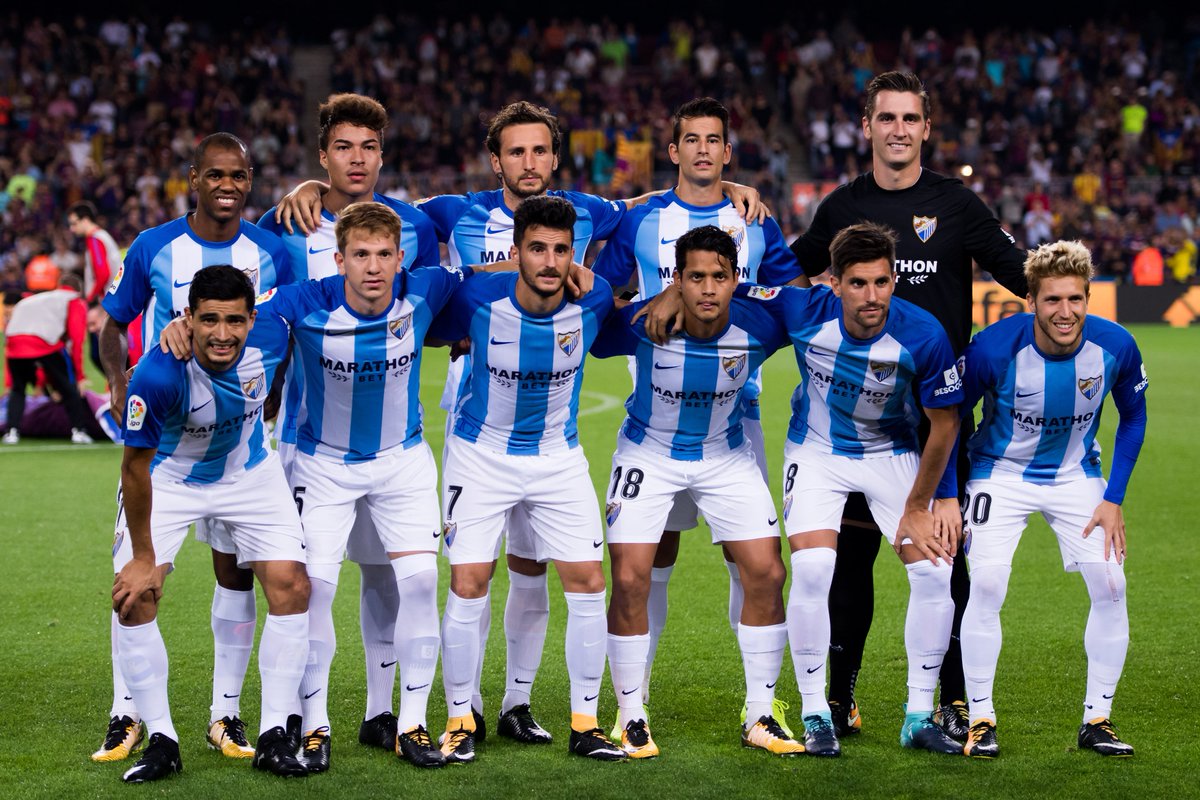 Squawka News
SquawkaNews
Follow
OFFICIAL: Málaga are the first team in Europe's top five leagues to be relegated this season.

Manuel Pellegrini led the club to a fourth-place finish on La Liga table in the 2011/12 season. That brought Champions league football to La Rosaleda. The club invested in top-rate talent like Ruud van Nistelrooy, Jeremy Toulalan, Santi Cazorla, Isco and Nacho Monreal and the Malagauistas reaped the reward of Champions League football. And no, it wasn’t there to make up the numbers; Malaga played some of the best football in Europe at the time. They reached the quarter-final stage of European competition before two extra-time goals in the match against Borussia Dortmund saw the club knocked out in rather controversial circumstances.

Unfortunately, it’s been downhill from then on for Malaga. A ten-year spell in the top flight of Spanish football came to an unfortunate end.

It could be argued however that the misfortune is self-inflicted. The club was bought by Qatari investor Abdullah ben Nesser Al Thani in 2010. But apart from the initial spending in top-class players in the first three years, Malaga has witnessed a steady decline in investments. World-class players make top teams in the modern game. Paris Saint-Germain and Manchester City may not have won the Champions League this term despite their star-studded sides, but it took other equally stacked sides to topple them. Malaga cannot expect to buy average players and replicate the same success it had enjoyed in the recent past.

Players like Willy Caballero, Martin Demichelis, Isco, and even the manager Manuel Pellegrini all left the club and went on to enjoy success elsewhere. The club failed to bring in replacements that could aid its continuous growth and development. By doing that, the club’s relegation has been a long time coming.

Players, fans and even directors may cry all they want, but that will not change anything. The only thing that will produce results is if the club ownership learns from its mistakes and takes the necessary actions that will help the club have a successful season in the Segunda Division that will result in automatic promotion back to the top flight. A club with Malaga’s stature should play in La Liga, but it must deserve the opportunity.

Leave a comment
Latest Spain Articles
Is Lionel Messi on the precipice?
By Martin Palazzotto