The agony of being an Arsenal fan

By Toby Prince
Arsenal Arsene Wenger Bayern Munich British Football Champions League Opinion Premier League Protest Slider Articles
Never a time in history has our darling club, Arsenal, been subjected to such ridicule as it is currently undergoing this current season. It is really pathetic to see one of England's most prestigious football clubs decline rapidly into a laughing stock among Europe's elites.

Arsenal's persistent slump has become somewhat a reoccurring phenomenon in the past decade. A conundrum which has left many fans perplexed about the club's ambitions. From regularly competing and winning titles, the club now finds itself in a shameful and mediocre state; where it is helplessly battered and walked over in major competitions. The 2016/17 is already looking like the club's worst since Arsene Wenger took over the helms 21 years ago, with the FA Cup obviously the only hope of silverware.
But for the first time in history, a majority of the ever-patient and long-suffering fans are utterly vocal about their team's pitiful ordeal. No wonder some staged what is probably the biggest protest yet, targeted at the embattled Frenchman prior to the UEFA Champions League clash with Bayern Munich. Many frustrated supporters of the club marched from Highbury to the Emirates, in remonstrance against the 67-year-old who is increasingly coming under immense pressure to walk away at the end of the season.  Their action sums up the distress, agony and anguish of millions of Gunners followers all around the world. 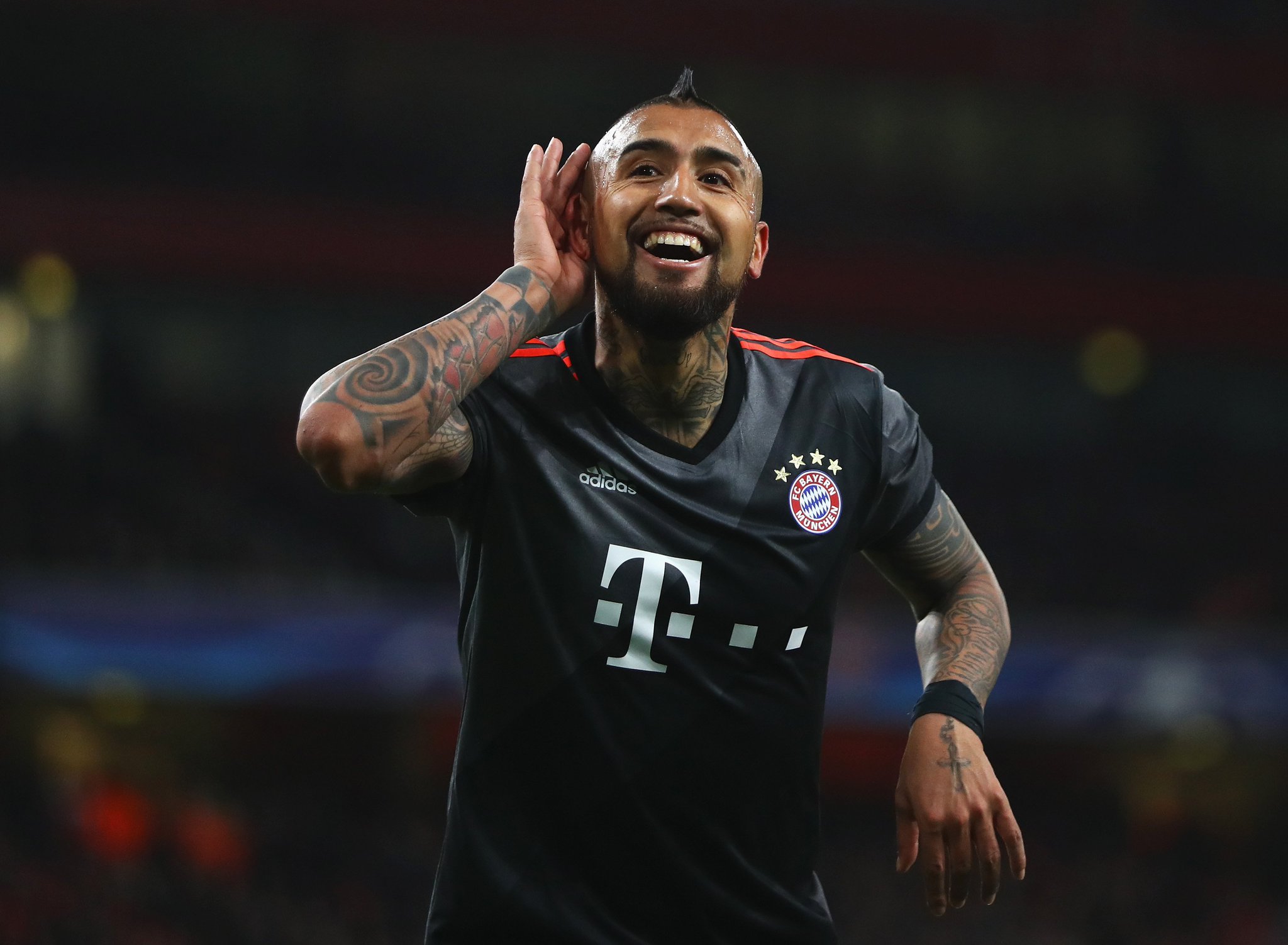 Piers Morgan
piersmorgan
Follow
Kroenke & Gazidis have to go too. Proven themselves to be greedy, cash-guzzling mercenaries with no desire to win big trophies. #afc
Follow
10:23 AM - 8th Mar 17
511
647

A case of deja-vu?

Tuesday's humiliating 5-1 defeat at home to Bayern was the third successive time Wenger's lads had lost to the Germans by the same margin. It also marks the club's seventh consecutive exit from Europe's elite club competition at this stage and the second biggest aggregate defeat in the history of the competition. The loss comes on the back of a disappointing Premier League defeat to Liverpool last weekend which further puts a huge question mark on the club's quest to qualify for next season's UCL.

“It's a sad day because we've gone out again at this stage. We're going through a period in our history that's the worst,” club legend, Ian Wright, who played under Wenger, said on BT Sport. “With everything that's going on, you have to say it will take some sort of monumental effort for Arsenal to turn it around in terms of the drive and determination of the players. It feels like something is coming to an end.”

Arsenal has lost six league games thus far - the most by any team in the top six - which places them on fifth on the log with a game in hand. They are now 16 points off leaders, Chelsea and just one above sixth-placed Manchester United. This all but ends the fans' thirst for their first league success in 13 years - something many has anxiously and patiently craved for each season. When it comes to London derbies, the Gunners have also lost ground and overtaken by Chelsea who now leads the way with 118 victories. The Blues have since surpassed Arsenal in terms of continental honours having won the Champions League, Europa League and Super Cup.

As expected, Wenger gave his annual sermon after another disappointing campaign in Europe. He said:  "I'm really hurt because to see the fans leave the stadium so early… At the end of the day, we play for them, want them to be happy, to be behind us, and it hurts to see them leave so early. We just need to try to make them happy with the rest of our season. We know we've got the players and the potential to do well, we just need to play every game the same way that we started today. If we play that kind of football, we can be up there. We have to say sorry to the fans because we want to do better than that."

Without missing words, the players and board have also played a huge role in the club's present debacle. What we now have is average players don the club's jersey every week; players with extremely weak psyche - who ain't used to winning titles. The board for all we care are faithful loyalists to a man who has done nothing in the last 10 years other than pump in more revenue for the club.

They say it gets darkest before morning, but it's very clear that with Wenger in charge, the morning doesn't look like coming anytime soon.