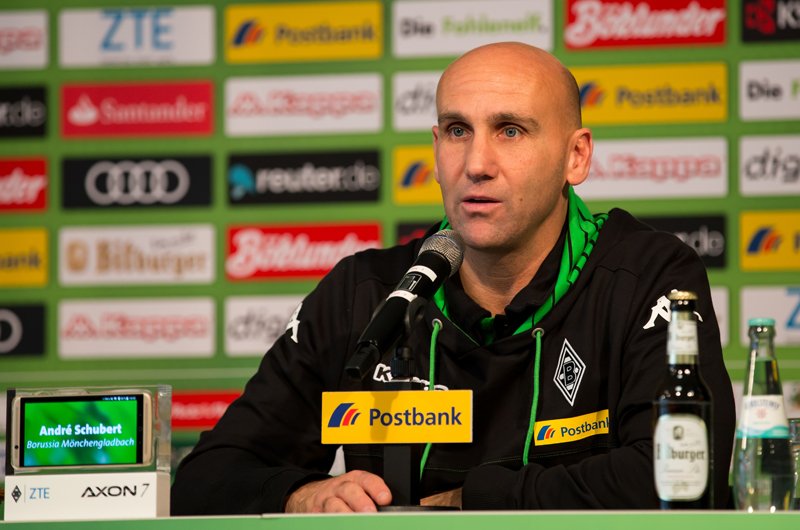 Gladbach
borussia_en
Follow
"We'll have to be at our best" - see what André #Schubert & Max #Eberl had to say ahead of #BSCBMG:
https://t.co/HkaOZTDeKf https://t.co/iiFdzk8YbM
Follow
16:05 PM - 3rd Nov 16
1
3
The Friday night game brings us two sides who need a win. Hertha had a set back at Hoffenheim last week in a game they could have lost heavily while BMG followed 2 disappointing home draw's in the league with another one against Celtic on Tuesday night in Champions League action. With a week off to work on the training field, Pai Dardai will be confident of a result for his capital charges, especially against the travel sick side coached by Andre Schubert. They have taken four  (YES a whole four) points on the road in their last 15 games stretching back to last year. You will have to be at your best Andre? You will have to be a damn sight better than you have been that's for sure!

With the rise and rise of RB Leipzig, Hoffenheim have been flying a little under the radar so far this year. Credit has to go to Julian Nagelsmann. You can have a read of his story here, it's a cracking tale. Unbeaten so far and if they can maintain that past this week then it will be worth having a tickle on them in the Bundesliga without Bayern market.

But that's not going to happen. Bayern could change 6/7/8 players from the champions league action on Tuesday and still have way too much. Lewandowski is scoring again, Robben is fit (for now) and the goals are flowing again. Magic!

A lot depends on how much Wednesday night takes out of Leverkusen. It is a must win game for them if they want to make it through the group so they cannot slack off against a Spurs side who will be in an almost identical position. If they were going to pick a side to play on Saturday afternoon though then Darmstadt at home would be just about number 1.

I've said it before, Darmstadt is a lovely club but they are not of the required quality to compete with the best in this division. Picking up the odd point or win against a team like Wolfsburg who are not at the races might keep the relegation battle interesting but I will be really surprised if they survive. Pleasantly surprised.

It seems a long time ago that Dortmund scored 14 in three games and was scaring the pants out of the division. The good news is that Marco Reus is finally nearing a comeback, it seems likely that after the international break he will be back in consideration. They will be heartened by their progress and performances in the Champions league but will not want to be relying on winning it to get in again next year!

Hamburg are not sure if they are coming or going and with no noticeable upturn in results since appointing Markus Gisdol, it's possible that this will be the year where Hamburg don't draw clear of the relegation scrap and sweat it out until the last days of the season.

Cagey draw written all over this one. Augsburg are probably a marginally better side than Ingolstadt right now but they are hardly setting the world on fire themselves. Kauczinski is still in charge of Ingolstadt for now but I would not bet against him being relieved of his duties very soon if it doesn't get turned round.

Augsburg will be content to roll along and pick up the odd point or win on the way as long as they are never in any real danger of relegation. They should get one here.

Home win. I don't often tip Freiburg but they are good value at home, confident after a first win on the road last week and Wolfsburg are just awful at the moment. They do not appear to be any closer to appointing a full-time coach, Andre Villas Boas has apparently turned them down and the latest name linked is the massively underwhelming Bruno Labbadia who has never been a success anywhere. It is quite hard to think of someone who might take it but Frank De Boer just became available. Watch this space. 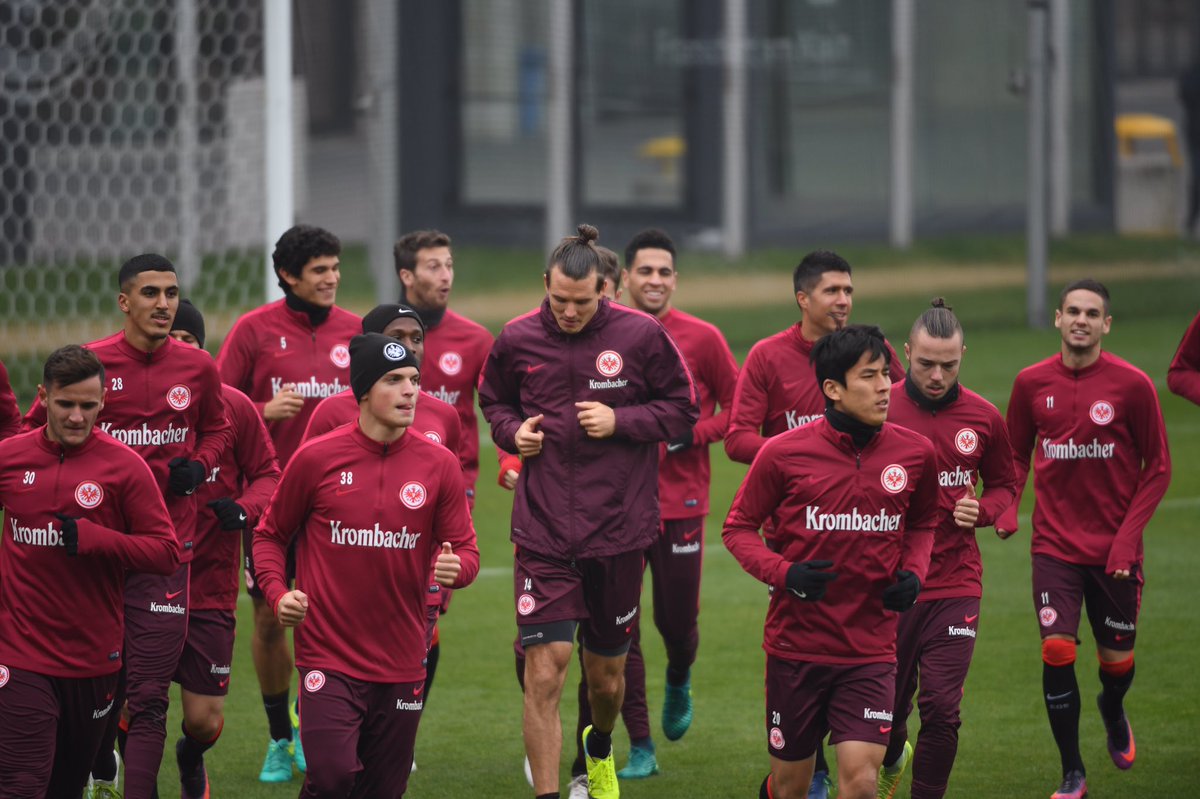 Eintracht Frankfurt
eintracht_eng
Follow
#WORKHARD
The Eagles are training hard for the home match v @fckoeln_en on Saturday. Back with the team: Alex "The Great" Meier!
#Eintracht https://t.co/lsTkbIsQkQ
Follow
15:02 PM - 1st Nov 16
5
21
This is my game of the weekend. Both sides are in good form and pushing for European spots right now. Both sides have one particular player pulling them along, in Frankfurt's case it's Marco Fabian and for Köln Anthony Modeste leads the scoring charts overall in the Bundesliga. With no further distractions for now for either side they can both afford to go all out for the win and I doubt this will be a nervous, passive affair.

I quite fancy the draw as I can't really pick between the two.

Home win. Leipzig will stay unbeaten here, Mainz have Europa League action to take care of on Thursday night and they could secure a path through to the next round with a win. Leipzig have no such distractions, Marcel Sabitzer came back from injury last week and promptly scored twice so they are just about at full strength and firing on all cylinders. 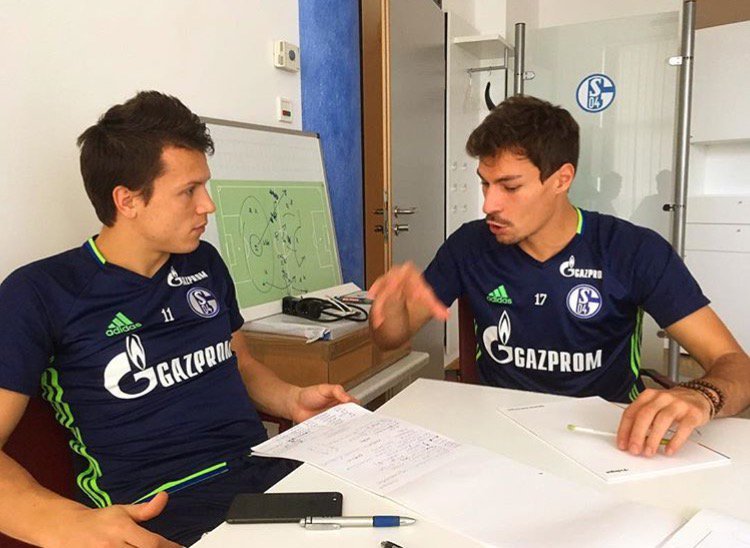 After a bit of a new manager bounce Werder have been struggling recently, last week at home they were excellently picked off by Freiburg and a resurgent Schalke side should have far too much for them despite having a Europa assignment on Thursday.

Markus Weinzerl needed some time to get his ideas across put it seems to have gelled now for the Royal Blues with all area's of the team contributing to recent results. If they can keep this up the Champions league spots look realistic.

I will be having 2 5€ bets every week and keeping a running total of my profit and loss. After Gameweek   I am only 2.50€ down !