By Mark Dannell
Bundesliga European Football Fc Bayern Germany Hoffenheim Mainz Match Preview Rb Leipzig Schalke
The Borussia Derby and a clash between the two in-form teams of Leipzig and Schalke make up another gripping weekend in the Bundesliga. Our preview via Mark Dannell is here.

Mainz 05 English
Mainz05en
Follow
#Schmidt: "We'll have to defend well against @FCBayernEN and make the most of our chances when they come to us." #M05FCB
Follow
11:17 AM - 1st Dec 16
0
3
Well, prize for obvious quote of the week goes to Martin Schmidt! While Mainz is a good side, especially at home, it is not hard to imagine Bayern rolling off a comfortable win on Friday night to exert some pressure on Leipzig who play just under 24 hours later in the Saturday evening kick-off. The hiccup of consecutive losses to Dortmund and Rostov is now behind them with a hard-fought win over Leverkusen last week and a week on the training pitch should have ironed out the defensive flaws that had crept in.

Mainz will also have been glad of a week off, last week's defeat at Hertha leaves them in 9th with a 5-2-5 record and a 0 GD. The dictionary definition of mid-table but now their Europa League campaign is over (still one game to go but they cannot qualify) they might be able to make up one or two places in the second-half of the season.

It is entirely possible that Andre Schubert could lose his job by 6pm on Saturday. A heavy defeat will probably seal the deal and you do not want to be playing a wounded Dortmund if you are in this bad a run of form. Failure to win would be eight Bundesliga games in a row.

As mentioned, Dortmund will be rightly steaming from last week, despite dominating Frankfurt they came away with a 2:1 loss in the bag. Part of that was down to Frankfurt keeper Hradecky who was excellent but their own wasteful finishing contributed to it too. Expect to see Marco Reus in the starting line up for the first time in the Bundesliga season.

A home win. It has been a negative trend since Freiburg won away in Gameweek 9 and they will have to wait till next week when Darmstadt come to town to break it.

Leverkusen have been surprisingly awful in the Bundesliga this year, all the more so when you look at their good performances in the Champions League. However, last time out they gave Bayern an almighty scare and were unlucky not to get a point so with a week's rest behind them they should be able to dispatch Freiburg. 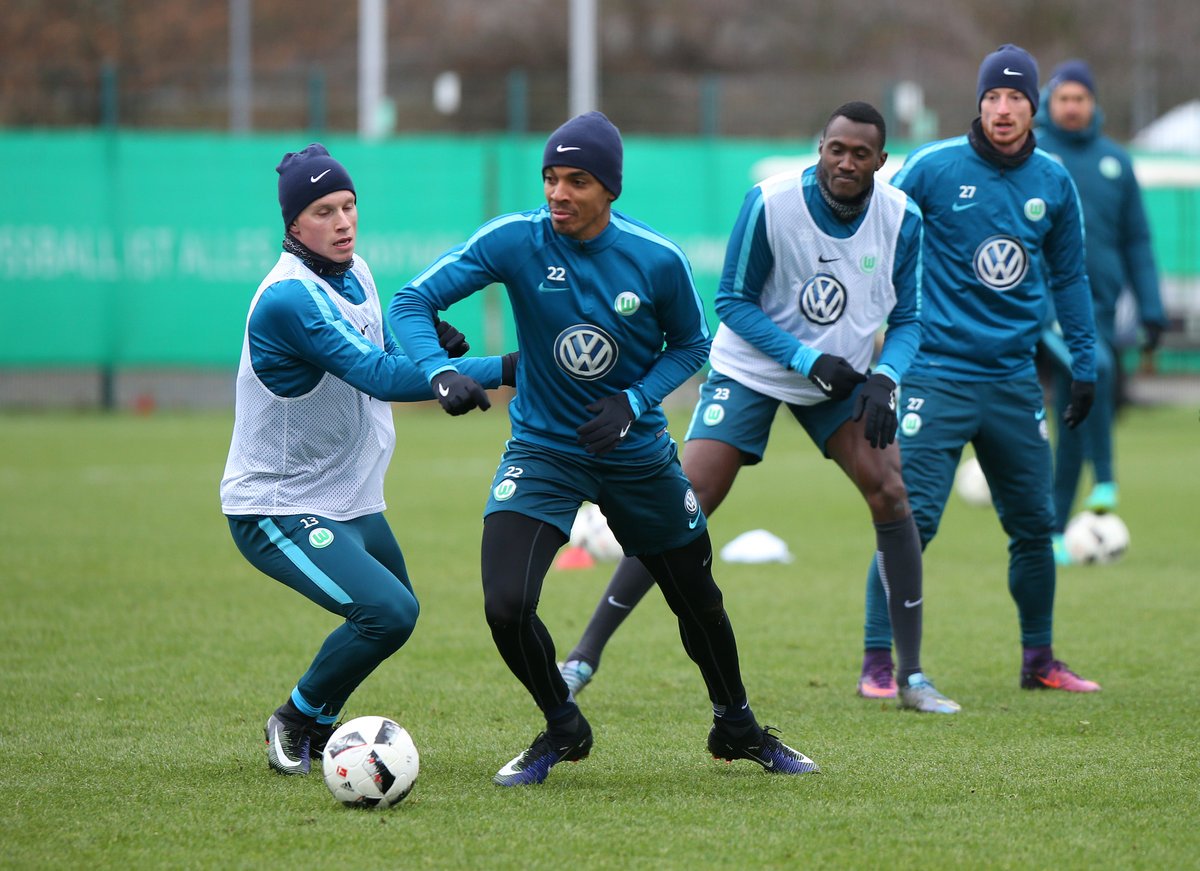 VfL Wolfsburg EN
VfLWolfsburg_EN
Follow
The #Wolves are preparing intensively for the up-coming #Bundesliga game ➡️ https://t.co/BLMjtLtByE https://t.co/cTpGWSd1Tb
Follow
18:59 PM - 30th Nov 16
2
6
Time will tell if giving Valerian Ismael the Wolfsburg job on a permanent basis after one positive result against a poor Freiburg side was a good idea or not. For the moment it does not appear to have been a good decision. At least they will not have to face Vedad Ibisevic this week after his sending off last week.

Hertha are rolling along nicely, beating the teams they should be beating and picking up points on the road too. I think their confidence levels should see them past Wolfsburg this week.

Another relegation six-pointer for both teams after similar results last week. Werder fought back nicely twice to salvage a point in the “North Derby” while Ingolstadt also got a point against Wolfsburg to make it 4 points from 6 for new coach Maik Walpurgis.

However the manner of those respective points leads me to a home win this week which is surely folly, picking a Werder result is like trying to predict what Donald Trump will say next. I will stick to my guns, Werder will be on a high after twice coming from behind to get their point, while Ingolstadt will be cursing the memory of Diego Benaglio who denied them all three on several occasions.

I can't pick Köln at the moment, they grabbed a deserved win at BMG two weeks ago and then failed to break down Augsburg at home last week. My first instinct was a draw for this match, so I will pick Hoffenheim to win. They are the side that refuses to be beaten although three draws in the last three and a whopping seven overall has seen them slide backwards slightly.

I think they can break that streak this week at home, the duel of the “unfashionable but really quite good” strikers Sandro Wagner and Anthony Modeste will decide the outcome. 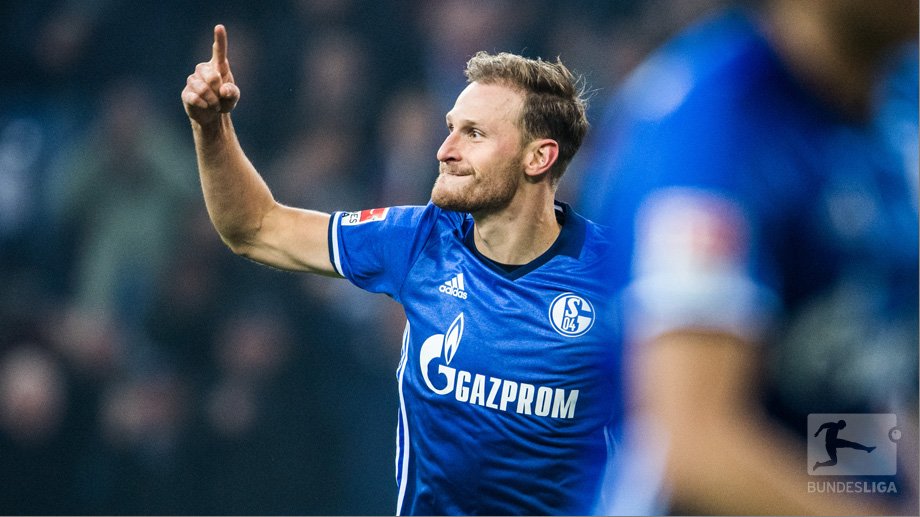 Bundesliga English
Bundesliga_EN
Follow
#Bundesliga EXCLUSIVE: @BeneHoewedes on how @s04_en can do what no club has yet managed: beat #RBLeipzig https://t.co/R0Hrj6fMz8 #S04RBL https://t.co/UJWmP4KFC1
Follow
14:05 PM - 30th Nov 16
18
42
Silly of Benny Höwedes to give away the game plan to the Bundesliga website!

This will be a fascinating game and arguably for Leipzig a tougher test than the trip away to Leverkusen two weeks ago. Now at home, they will be expected to take the initiative and Schalke are exactly the sort of side you do not want to leave yourself wide open against.

For Schalke, a point will be an excellent result to consolidate the good work they have been doing over the last few weeks, and you can bet that Markus Weinzierl will be impressing on his charges the need to retain their defensive shape and look for opportunities on the counter.

Leipzig will play as they always do, high-tempo pressing and look to force the mistakes. I am really excited for this game, I just hope it doesn't descend into a stodgy midfield battle.

Another relegation six-pointer for two teams seemingly on the way down. Tired clichés dictate that I must add “must win” to both of these teams chances for the game and that I think will cause Darmstadt to abandon their game plan of keeping it tight and hoping to nick something, leaving the improving Hamburg attack space to nick a goal or two.

Augsburg have ruined accumulators for me in the last 2 weeks by securing dour draws against Hertha and Köln so I am feeling vindictive. That being said I also have a bone to pick with Frankfurt who somehow ended up winning against Dortmund last week despite being under the cosh. Therefore.. both to drop points in a ridiculously boring draw.