By Mark Dannell
Alexander Nouri Bundesliga European Football Germany Julian Nagelsmann Match Reports Slider Articles Sv Darmstadt 98 Sv Werder Bremen Tsg 1899 Hoffenheim
Another round of Bundesliga fixtures done and Darmstadt fight on for another week. Werder, Köln and Frankfurt have all banished thoughts of relegation and turn their attention to the Europa league. 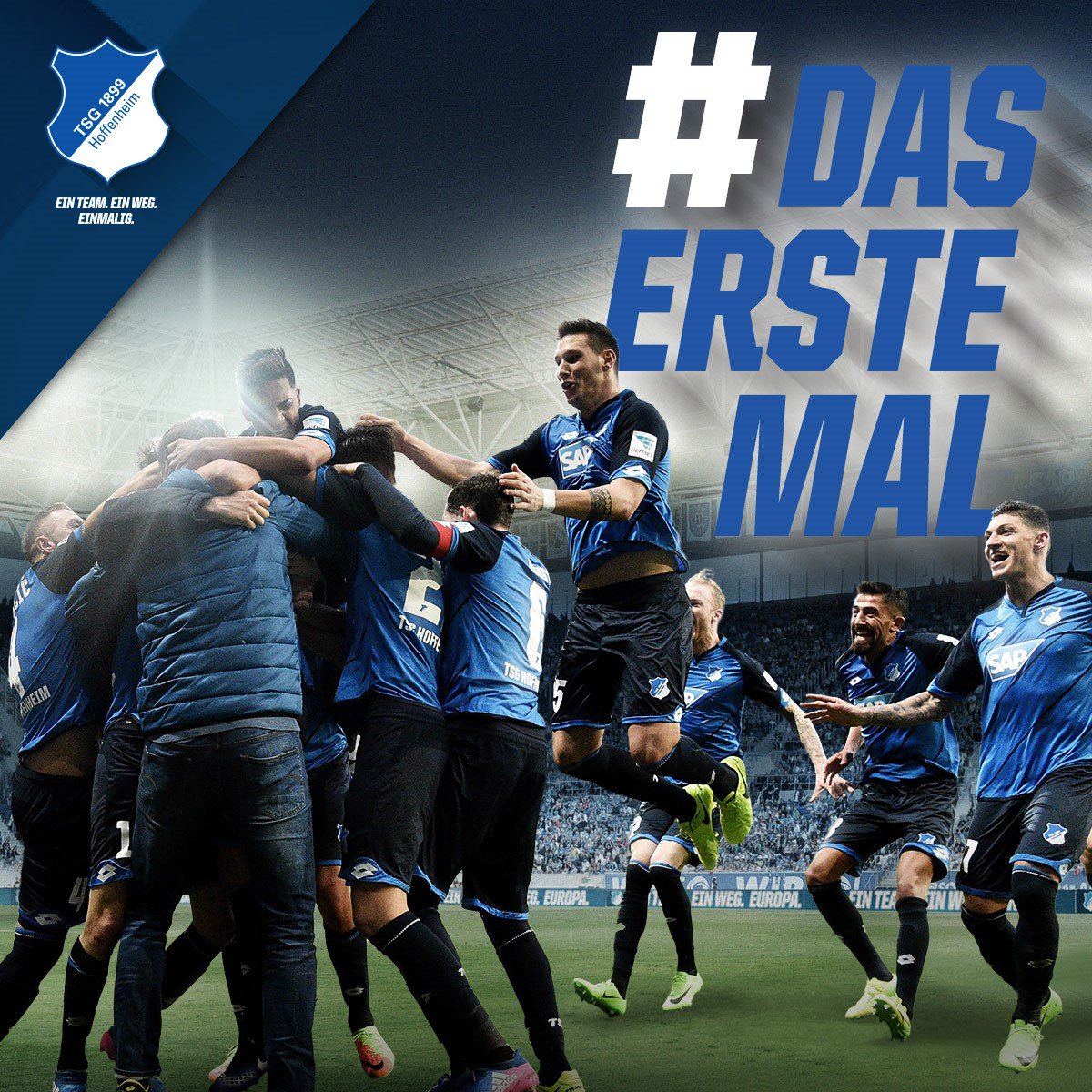 TSG Hoffenheim EN
achtzehn99_en
Follow
Over. #KOETSG 1-1. Meaning... First time in Europe 🙌🙌🙌 https://t.co/D9VUjaEXKj
Follow
21:29 PM - 21st Apr 17
17
43
A point ultimately a decent result for both sides. Hoffenheim have now mathematically secured at least Europa League football for next year. They have never previously managed that feat. You can read any number of features on 29-year-old coach Julian Nagelsmann but his is a name that will surely stay the course. Participation in the Champions League will now surely follow, perhaps as early as next week, though the race for 3rd will have to wait a bit longer.

As for Köln, the vagaries of the Bundesliga table means they are now safe from automatic relegation despite sitting in 8th place. More importantly, they have not completely lost touch with Hertha in 5th place.

To the game itself, Köln were excellent and actually unlucky not to take all 3 points. Bittencourt gave them the lead early in the second half. Köln missed opportunities in the 77th and 90th minute to wrap things up. They were made to pay as Demirbay popped up in the 3rd minute of added time to send the Kraichgau fans home delirious!

A quite frankly mental game. Is it possible the wheels are falling off the Bayern bus? Probably not but Mainz will consider themselves unfortunate not to have left Bavaria with all 3 points. Mainz took the lead inside 3 minutes, Bojan capitalised on a combined Rafinha/Vidal mistake and netted. With that, he became the first Spaniard to score in the big 4 European Leagues.

It could have been 2 just minutes later, Öztunali should have done better one on one with Ullreich. Against the run of play, Bayern equalised, Robben in the right place to finish off a nice move involving Ribery. The first half action was not done there, Mainz were awarded a penalty after Muto was brought down by Kimmich. Brosinski stepped up to smash it home.

The second half was nearly all Bayern but they only had an equaliser from Thiago to show for it. Mainz was able to hold out for an invaluable point and move 5 clear of Ingolstadt in 17th place.

Wolfsburg's strategy for Bundesliga survival seems to be: hope there are 2 teams worse than us at the end. In all seriousness, they should have been out of sight at half-time in this fixture, a raft of chances were missed and duly punished with Hertha's first real chance. Ibisevic tucked home on the hour mark and that was that.

Instead of securing their Bundesliga future and relegating Darmstadt in the process Hamburg proceeded to take aim at their own feet and let loose with both barrels. An easy first half in which they should have taken the lead seemed to lull Hamburg to sleep, Darmstadt roared out of the traps in the 2nd half and scored twice in 2 minutes through Sulu and Platte. Even Hamburg's consolation in added time was scored by Darmstadt!

The side from Hessen can dream of survival for another week but must win all 4 remaining games and hope Augsburg lose all their 4 to stay up. 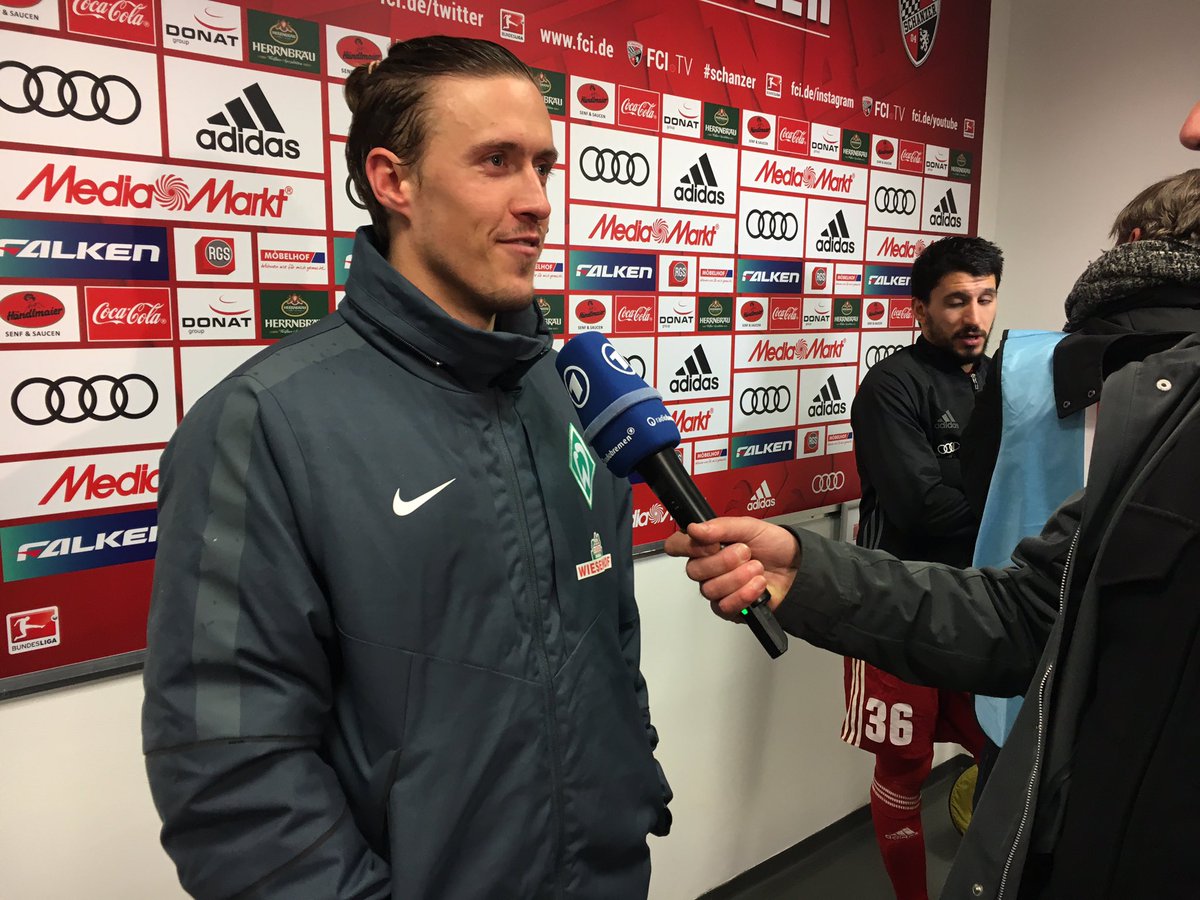 SV Werder Bremen EN
werderbremen_en
Follow
#Kruse: "We didn't stop believing when we went 2-1 down." #fcisvw #werder https://t.co/6Y2MFnOipS
Follow
16:52 PM - 22nd Apr 17
2
23
4 goals for Max Kruse. Werder up to 7th in the table! If there were not so many other stories in the Bundesliga this year this would be one of the best. Ingolstadt next face Leipzig away before a kinder run in but it is now tough to see a way they stay in the division.

All the more impressive was the way Werder came back twice to equalise, the 2nd goal from Ingolstadt an extremely dubious penalty. Alexander Nouri has done an incredible job since Christmas, it is now 10 unbeaten for the division's form side.

A vital 3 points for Frankfurt, their first win in 10 Bundesliga games and much-needed confidence ahead of the cup semi final his week. Marco Fabian notched twice before Ante Rebic added the gloss. For Augsburg, who led at half time through Gouweleeuw, 3 points against visiting Hamburg next week now become an absolute must. 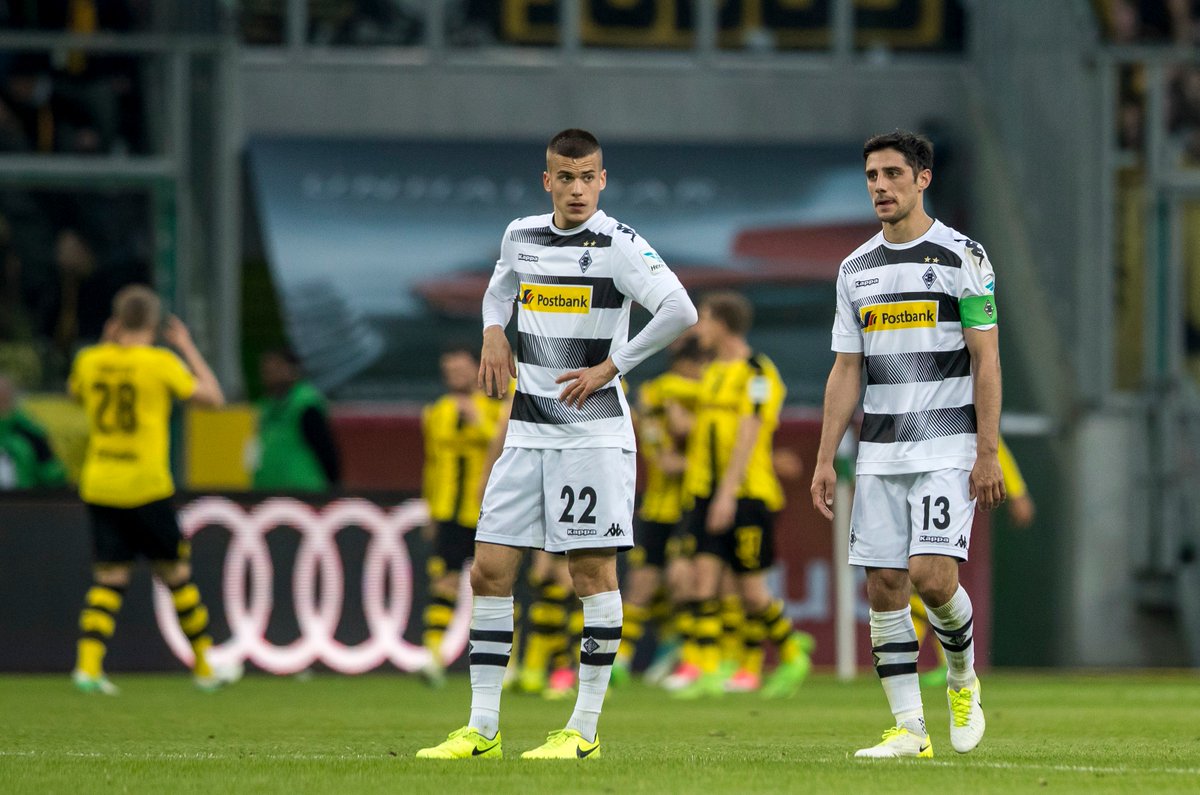 Gladbach
borussia_en
Follow
One to shake off quickly, lads. Full focus turns to Tuesday's #DFBPokal semi-final, with the chance to achieve something great 💚 #fohlenelf https://t.co/iFbbQ49eNv
Follow
19:48 PM - 22nd Apr 17
6
21
A topsy-turvy game was fittingly decided in the final minutes. Dortmund took the lead through the fit again Marco Reus, calmly dispatching a penalty past Yann Sommer. Mönchengladbach turned the game around in the five minutes either side of half-time, Lars Stindl equalised just before the break and Schmelzer scored an unlucky own goal just after it.

Dortmund had started the game with Aubameyang on the bench, not a bad option to bring on and he duly equalised on the hour mark. It was all Dortmund from there and Guerreiro was the one to make the final breakthrough, nodding home from Castro's free kick. Dortmund back to third now, BMG do have a kind run in and could still sneak the automatic qualification spots for the Europa League.

Prediction – Away Win. Spot On

The fairy tale continues for Christian Streich and his Breisgau boys. With Darmstadt and Ingolstadt still to play before Dortmund on the final day of the season, it should now be Europa League football for the side from the south-west.

It was once again an absolutely deserved three points, Freiburg were quite simply better than their more illustrious opponents. Nils Petersen opened the scoring early on and had 2 other chances to score. Leverkusen pulled one back via a Volland penalty but Freiburg were not to be denied. On loan, Pascal Stenzel nailed in his first ever Bundesliga goal with time running out to secure the three points. 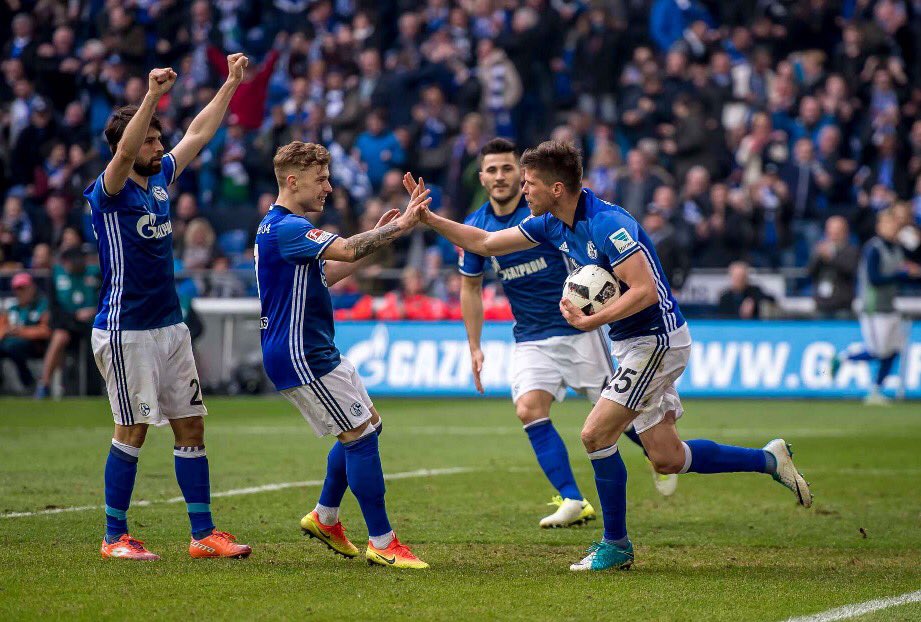 Klaas Jan Huntelaar
KJ_Huntelaar
Follow
1-1... Keep on pushing. See you 🔜 in Leverkusen. https://t.co/pc26OO4aOQ
Follow
23:24 PM - 23rd Apr 17
79
475
A fighting Schalke performance frustrated Leipzig who could have closed to within 6 points of Bayern. Timo Werner (who else?) opened the scoring early on in what looked like a textbook RB performance. Schalke had other ideas though, especially in the 2nd half. Leipzig got a taste of their own medicine as the Royal Blues stormed out of the changing room and Huntelaar notched in his first start since last September. Schalke need another win to be absolutely sure of survival this year while they still have a decent chance at the Europa League spots as well. Leipzig will have to wait to secure 2nd spot while the title is now surely gone.