Theo Hernandez leading AC Milan's resurgence from the back

When Theo Hernandez left his birthplace, Marseille, to join Atletico Madrid at the age of nine, the young boy must have dreamed of exploits in the Spanish capital, but the dream took a different path in 2017. He was signed by cross-town rivals Real Madrid for €24 million. It doesn’t get much better than making your debut in a Supercopa de Espana triumph against Barcelona.

Although he made some cameos in the Champions League during the Merengues' memorable three-year run in the competition, lack of playing time forced another move. He went on loan to Real Sociedad for the 2018/19 campaign then was sold to AC Milan in the summer of 2019. With injury delaying his debut for the Rossoneri, he finally slotted into the team in September.

Hernandez arrived in a low period for Milan. Juventus rolls on. Neighbours Inter are rejuvenated under Antonio Conte. Lazio remain in hot pursuit, on hand to take advantage should either of the top two sides in Serie A slip. Roma and Atalanta battle for the final Champions League place. But Stefano Pioli's side languish nine points off the Giallorossi's pace in eighth.

The club's hierarchy demonstrated its commitment to getting the seven-time European champions back in the mix. Zlatan Ibrahimovic returned early in the winter transfer window. The big Swede was on hand the last time the Rossoneri won the Scudetto in 2010/11. Croatian forward Ante Rebic finally found form when partnered with Ibra. He scored three goals in the last two league matches, his first markers for the club after fighting against injury and to impress two different managers. He added another in the Coppa d'Italia.

Despite that fruitful partnership, left-back Hernandez remains the man at San Siro.The 22-year-old claims five goals and two assists in league play and another goal in the Coppa. 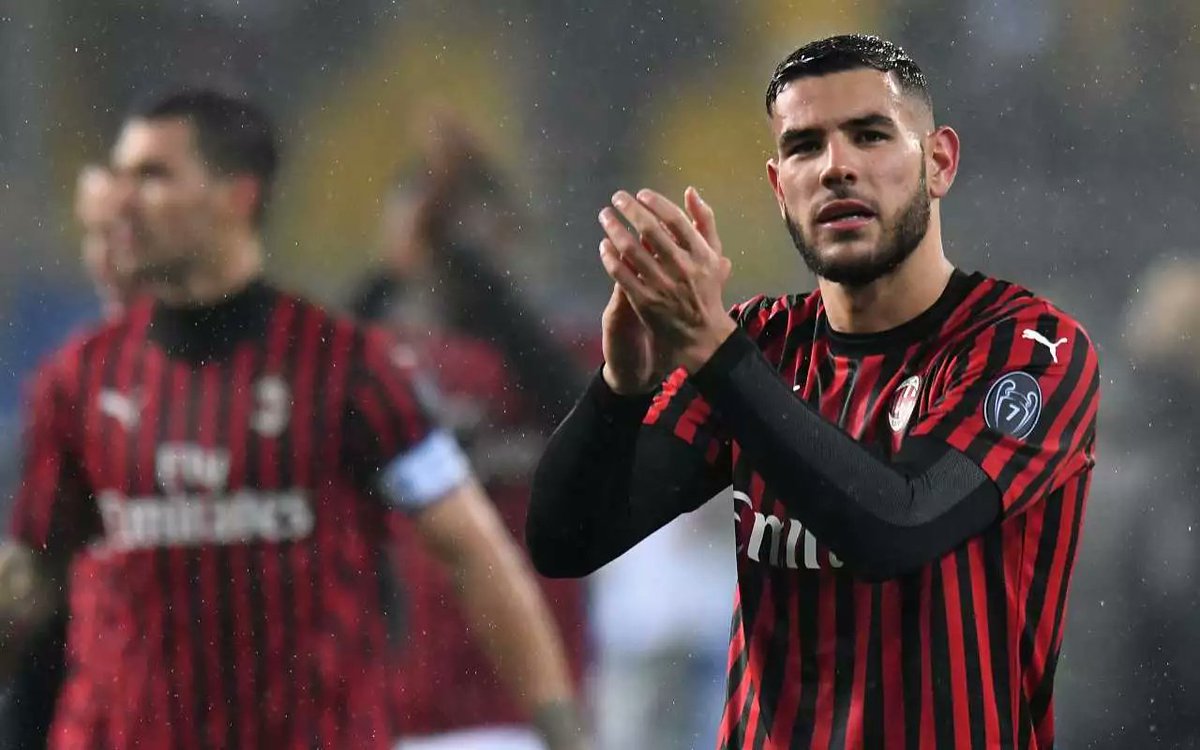 When a defender leads the way as the top scorer for a club that counts several striking legends among its alumni, something is admittedly wrong. Nevertheless, Hernandez deserves all the praise he can get. With Gennaro Gattuso resigning in the summer, Marco Giampaolo sacked in early October and Pioli struggling to reverse the tide, someone needed to step up. Zlatan's much-publicised move draws the attention but Theo is the club's best player.

Ibra claims two goals in his first five matches since returning. Eventually, he should overtake Hernandez from his more advanced position. Regardless, the Frenchman means business. Zinedine Zidane may regret selling him. On current form, Hernandez is better than both Marcelo and Ferland Mendy who occupy his position at the Santiago Bernabeu. His performance forced Ricardo Rodriguez, first choice before he arrived to find a new home. The Swiss international joined Eredivisie side PSV Eindhoven on loan this month.

With Rebic and Ibrahimovic receiving his service, his assist total should rise even if his goal production tails off. If the trio can develop chemistry, it isn't too late for Milan to sneak into the European places. They are only one point behind Cagliari in sixth. Making up six points on Atalanta to circumvent the Europa League qualification stage would be ideal but first things first. The Rossoneri must also look over their shoulders to monitor resurgent Napoli, led by former their boss, Gattuso. Hernandez will be crucial if Milan are to win both the battle and the war.