Why Arsenal's Theo Walcott should be in the England squad

Looking at England's side for the friendly against Germany and World Cup qualifier against Lithuania later this month, it is clearly lacking experience going forward .

With the exception of the deserved recall for Jermain Defoe, only Gary Cahill with 52 and Joe Hart with 68 have earned more caps than Walcott, who has 47 appearances to his name.

Whilst it is pleasing to see the likes of Michail Antonio and Nathan Redmond in the squad, you have to question whether Walcott is less deserving of a spot than Jesse Lingard – a player who is more of a squad influence for his club side, Manchester United. 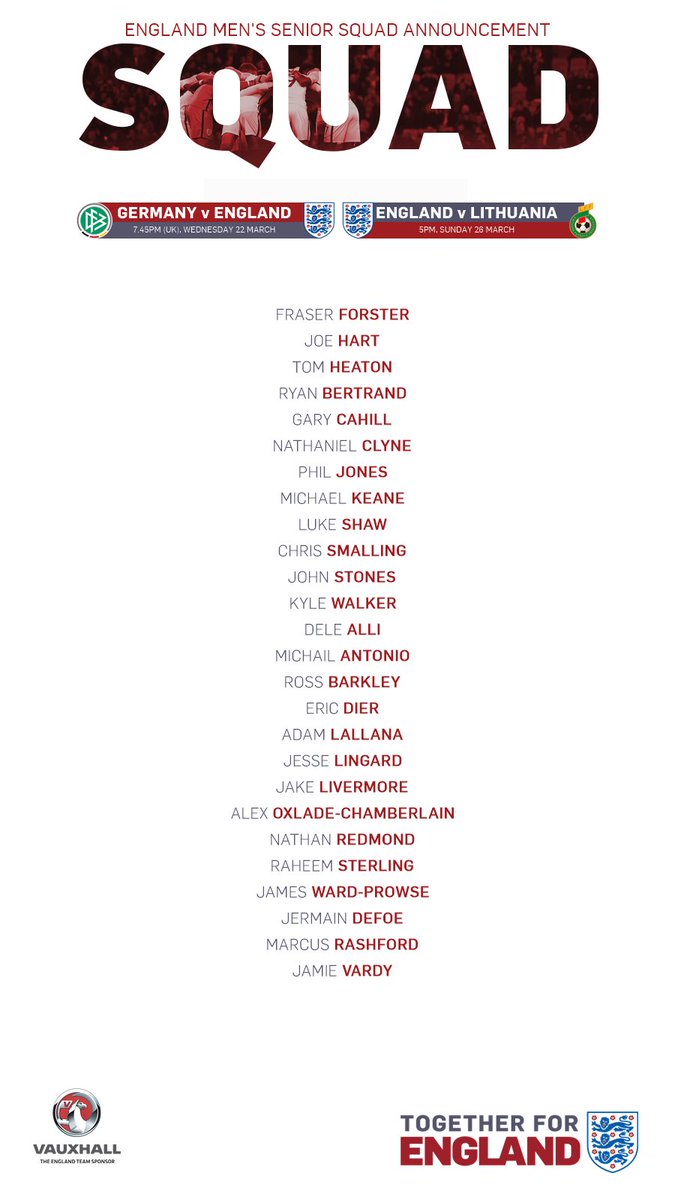 England
England
Follow
Here it is – the #ThreeLions squad for this month's games against 🇩🇪 and 🇱🇹! https://t.co/CpSFOmRwyQ
Follow
13:49 PM - 16th Mar 17
3484
3910
It is also worth noting that the former Southampton youngster has managed to find the net on 17 occasions in all competitions for Arsene Wenger's side this season which is, ironically, more than any other player that Southgate has picked for this squad.

Scoring against sides such as Liverpool, Chelsea, Man City and Bayern Munich show that he has been one of the brighter outlets of a rather disappointing season for Arsenal, with the North London side currently in fifth place, 16 points behind leaders Chelsea and out of the Champions League.

Becoming England's youngest player aged 17, there is an argument to suggest that the 28 year-old has somewhat underperformed during his career considering the world-class ability he has shown at certain times as a teen.

Unfortunately for Theo Walcott, it's not the first time there has been controversy about England not selecting the former Swindon Town trainee. He was also excluded from the Three Lions squad for the 2010 World Cup in South Africa, which manager Fabio Capello later admitted was a “mistake”.

Nonetheless, over 100 goals in his career for Arsenal is not a bad return for someone who has played predominately as a wide man for the Gunners and not to mention the injuries he has gained during his playing days.

Adding another alternative option up top, Walcott would have given something different within the squad, due to his immense pace and ability to finish. The likes of Jamie Vardy and Marcus Rashford do give that pace and finish, but Walcott is a better player out wide than both of them and would no doubt be a key influence in the team.
Therefore, the omission of Theo Walcott has come as a surprise and not a very nice one for the Arsenal man especially considering it was his birthday on the day that the squad was announced.

As well as Defoe's recall, England have selected Southampton duo James Ward-Prowse and Redmond for the first time, while Burnley defender Michael Keane and West Ham winger Antonio have been picked again but have yet to receive their first cap.

Another surprise within the England ranks is the call-up of West Brom midfielder Jake Livermore, who last made an appearance in a Three Lions shirt in 2012, his only cap to date.

Greg Stubley
Greg graduated with a first in Sports Journalism from the University of Brighton in Summer 2016 and has already managed to gain experience in the industry, working for companies such as Charlton Athletic and talkSPORT. Greg is currently the regular commentator on Charlton's "CAFCPlayerHD" service, bringing full-match live commentary along with Terry Smith of Addicks' games up and down the country for subscribers to listen.