Is Thibaut Courtois back?

For the longest time following his move from Stamford Bridge, Thibaut Courtois subjected himself to mockery. Chelsea fans revelled in the 'karma' endured by their 'ungrateful' custodian. Madridistas treated him like an unwanted guest. The Belgian was resolute with the Blues regarding his wish to move to Real Madrid to be with his partner and child. Forcing himself on a Merengues' squad that both liked and trusted Keylor Navas made for a rough transition.

The Costa Rican backstopped Los Blancos to three Champions League titles, all the while silently enduring rumours about the impending arrival of David De Gea, Gigi Donnarumma and other top keepers. A goalkeeper must communicate effectively with his defenders. Sergio Ramos, Raphael Varane and the rest weren't all that eager to listen to the new man. While €35 million isn't nearly the money Chelsea spent on his replacement, Kepa Arrizabalaga, or Liverpool on Alisson Becker, Real Madrid weren't in the mood to write off the investment. Thus, the club forced the rearguard to listen by sending Navas to Paris Saint-Germain.

While Madrid's galacticos have long been known as the most powerful dressing room in the game and a challenge for managers to control, they remain professionals. With the line drawn and the message delivered that Courtois was the number one, like it or not, they began to focus as a unit again. Whether or not the group are friends off the pitch, they are teammates on it. Courtois is respected and, with everyone on the same page, his confidence restored. Zinedine Zidane is often noted for his loyalty to Karim Benzema. The Costa Rican's transfer revealed the ruthless side of his man-management.

What's more, the cold-blooded act paid off. At the halfway point in the campaign, the Merengues are level with Barcelona on 40 points thanks to La Liga's joint-best defence conceding only a dozen goals in 19 matches. Courtois claims nine clean-sheets in 16 league games, perhaps the most important being the goalless Clasico at the Nou Camp.

With Casemiro, Sergio Ramos and Varane protecting him, it's not like the Belgian must make a dozen saves every time out, but he remains alert to the cause whenever required. Averaging just over two stops per game [WhoScored], Courtois keeps his head in the game. Despite long spells during which he can catch up on his reading, he pulls off clutch saves to deny opponents scoring against the run of play. When the defence is pressured, he’s there to relieve it. 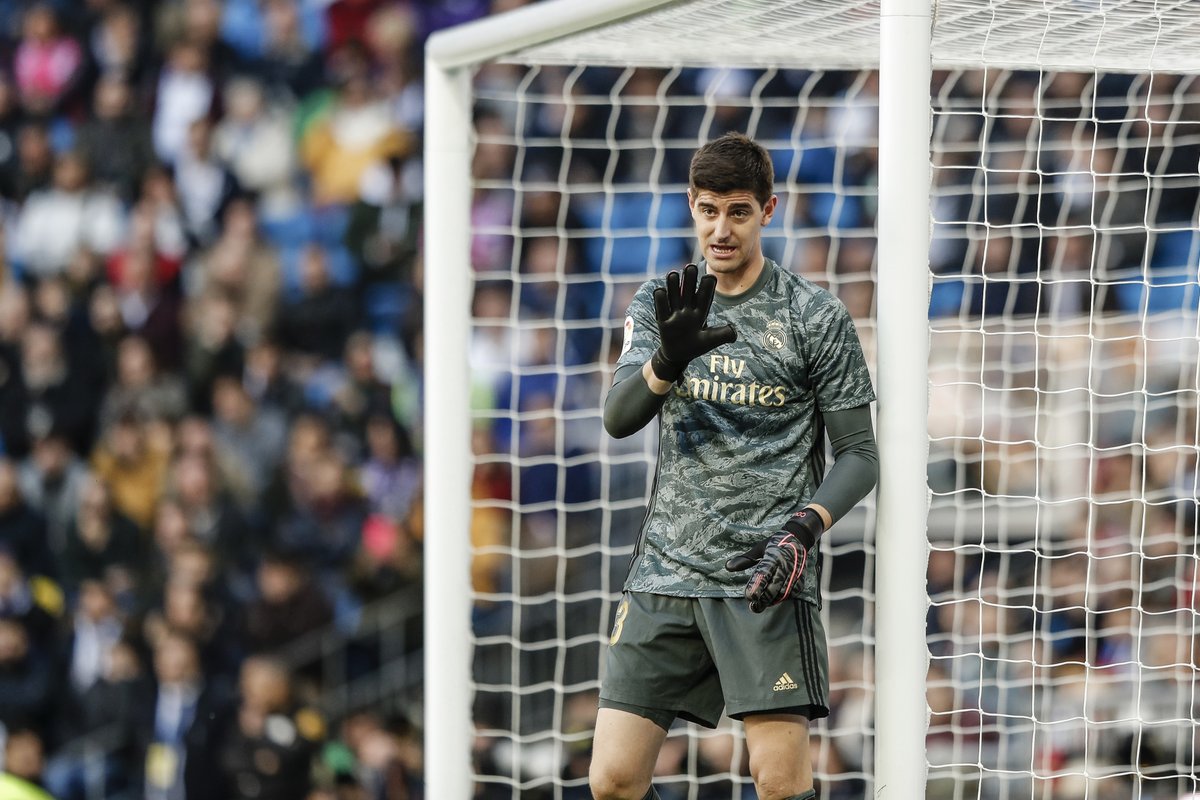 Squawka Football
Squawka
Follow
Most clean sheets in LaLiga so far this season:

While the spectacular stops make the highlight reels, his distribution allows the side to transition into attack seamlessly. The 6'6 keeper's vision and quick thinking launched more than one effective counterattack in the season's first half. His height was even more critical against Valencia when he joined play in the final third to head down a corner for Karim Benzema's equaliser at the death.

In a game where he was forced into repeated saves before assisting the goal, it’s fair to say Courtois was key to Real stealing a point. If the last 19 games of the campaign play out anything like the first, a single point could be the difference in winning or losing the title. Last season, Courtois cost Los Blancos several points. Now, he’s paying back the debt.

As noted, the season is far from over. As well as La Liga, there is much at stake. The Champions League resumes in February. Zidane has never lost the competition but everyone questions his ability to maintain his streak with a squad in transition. To do so, the team must maintain their consistency as the pressure mounts. As the last line of defence, all eyes will be on Thibaut Courtois. Can he handle the pressure? Is he still good enough to deliver against the best? Current form says yes. Recent history raises doubt. Only time holds the answer.