Is it James Maddison’s time to shine for England?

Gareth Southgate announced his latest England squad nine days ago for upcoming Euro 2020 qualifiers against Bulgaria and Kosovo. Among the usual suspects, there was a first call-up for defenders Tyrone Mings, Aaron Wan Bissaka. Midfielder Mason Mount is hoping to make his Three Lions debut. As is James Maddison.

Since joining Leicester City last summer, Maddison has proven Premier League worthy. More than that, the 22-year-old is developing into a top playmaker. His seven assists last season have been boosted with two more in this campaign’s first four games.

Having demonstrated his capability at Leicester, Maddison will be determined to earn an opportunity in England’s starting XI. Southgate’s expected to deploy a 4-3-2-1 formation. In central midfield, Declan Rice, Jordan Henderson, Harry Winks, Ross Barkley, Alex Oxlade-Chamberlain, Jesse Lingard, and Mount are jostling for places.

Either Rice or Henderson will take the holding role. That leaves six players battling for two positions. Is Maddison deserving?

A contender, Winks comes into his own when in possession, retaining it to ease pressure on teammates. He’s becoming more important to Tottenham Hotspur each day. Where Maddison surpasses him is in advanced areas. The 23-year-old’s recorded just one goal, no assists, in his last 30 Premier League appearances. 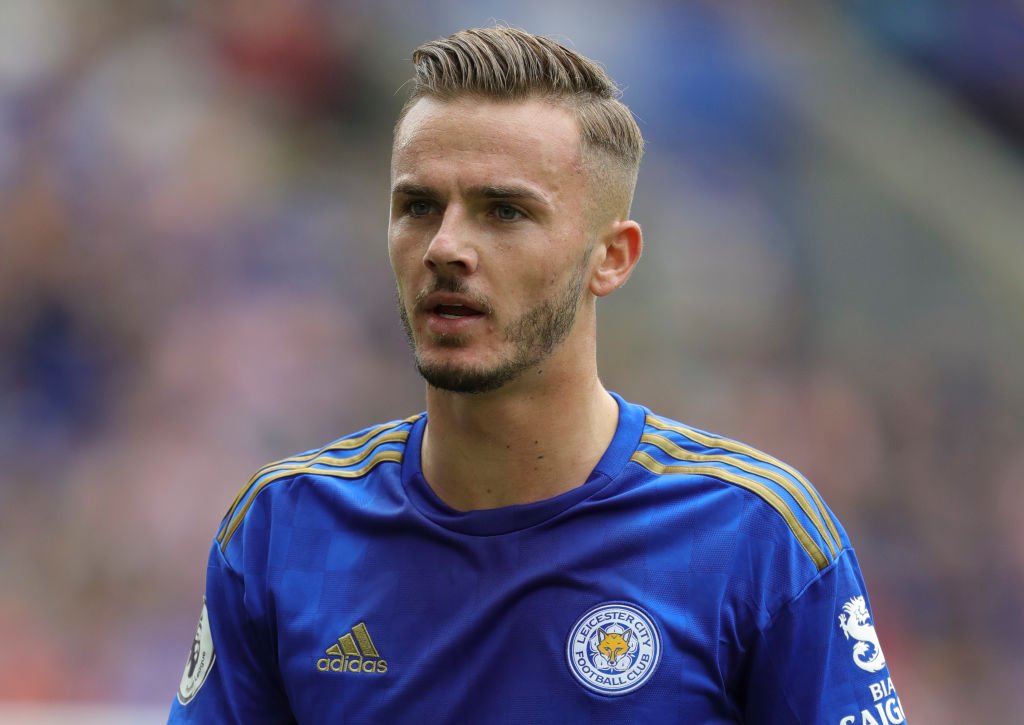 Most chances created in @premierleague since start of last season

Trailing Maddison in terms of short passing, Oxlade-Chamberlain largely covers up his propensity for surrendering the ball with rapid acceleration to beat opponents. He’s a good England option when fully match sharp. Unfortunately, a cruciate ligament rupture made him miss almost all 2018/19. The 26-year-old’s started only one Liverpool game since.

Lingard is a Southgate favourite. His energy coupled with perseverance fits into the gaffer’s philosophy. Nonetheless, many believe he’s fortunate to earn a call-up owing to poor form at Manchester United. The 26-year-old hasn’t scored or assisted in four league matches this season. Unlike Maddison, he tends to go missing when most needed.

A player in finer fettle, Mount’s currently flourishing at Chelsea. Holding down a regular spot, he’s notched two goals in four games. His timely runs into the penalty box together with composed finishing can be assets at international level. Where the 20-year-old falls to Maddison is a full campaign’s Premier League experience equating to 36 matches.

The Three Lions face Bulgaria tonight, at Wembley. A comfortable victory is anticipated. Krasimir Balakov’s men prop up Group A after losing two, drawing two, conceding seven. Maddison’s creativity can carve them open. It’s a good game in which to make his debut.

Kosovo will prove a tougher test three days later. Bernard Challandes' charges have one win, two draws to put them in third place, one point off their next opponents, the Czech Republic. Tight contests are often settled by set-pieces. Maddison’s pin-point delivery can prove crucial at St Mary’s.

Looking beyond that, Southgate needs a Maddison type permanently. England’s biggest problem at last summer’s World Cup was their failure to keep the ball. They conceded the majority of possession to both Belgium, Croatia, as well as let Colombia get on top for lengthy spells.

In most-recent two Nations League clashes against the Netherlands, Switzerland, the Three Lions rotated Barkley, Lingard, and Fabian Delph in centre-mid. Neither supply what’s greatly required. Compare that to 2010 and ‘14’s World Cup winners, Spain, Germany had Andres Iniesta, Mesut Ozil respectively. Without those two’s exquisite close-control along with awareness to retain possession, their nation’s would have struggled to conquer football’s grandest stage.

Maddison may not be near that level of Iniesta or Ozil but he’s on the right path. Not only will he improve England’s ball retention he’ll also link up well with pacey duo Jadon Sancho, Raheem Sterling, in addition to expert finisher Harry Kane. The Coventry-born must be given a chance against Bulgaria and Kosovo. His time has arrived.