The three most outstanding French teenagers this season

By Toby Prince
Alban Lafont European Football Features France French Ligue 1 Kylian Mbappe Lottin Lucas Tousart Opinion Slider Articles Youth Scout
The French Ligue 1 is renowned for grooming and nurturing raw talents who in the long run blossom into some of the best players in the world. And this season hasn't been an exception with teenagers taking the French top flight by storm with superb and improbable performances way beyond their age.

Here are three of such talents who seem to be gradually working their way to stardom.

Kylian Mbappe-Lottin is unarguably the brightest teenager in French football at the moment, owing to his rapid rise to stardom. At just 18, Mbappe has already garnered over 30 appearances for Monaco since making his debut in the 1-1 draw against Caen in December 2015; a game he ended up breaking Thierry Henry's record aged 16.

Barely two months later, he grabbed his first senior goal against Troyes - thereby smashing another record held by the French World Cup winner to become the club's youngest goalscorer in history. Just like the Arsenal legend, Mbappe is known for his electrifying pace and ability to drift inwards from the left side of attack which has seen him notch a further 12 goals including two hat-tricks against Rennes and Metz. This season alone, the French U19 star has grabbed an unbelievable 11 goals and seven assists from just 25 games across all competitions. 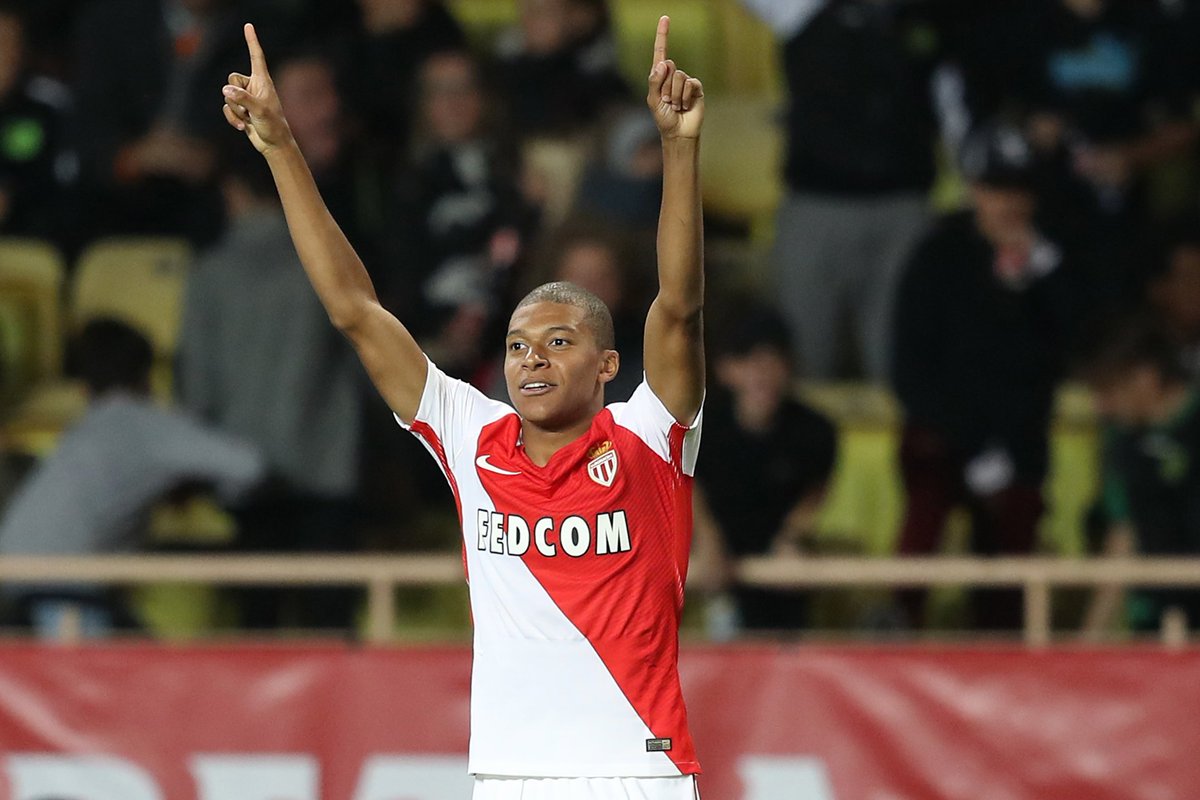 Another teen grabbing the headlines in France is 19-year-old Lyon midfielder, Lucas Tousart. Unlike Mbappe, Tousart has had somewhat a less spectacular sojourn to the summit of French football. From his days at Valenciennes, the Arras-born youngster always showed glimpses of class; no wonder he played at the club for just two seasons prior to joining Lyon.

But on moving to Parc Olympique Lyonnais, his development sadly stalled a bit which restricted him to only two appearances in the whole of last season. The tide, however, has swung this term with Tousart proving how valuable he could be to Bruno Génésio team who in turn has featured the midfielder 19 times in all competitions. His confidence level has obviously surged - evidently was his strike in the 4-1 victory over AZ Alkmaar in the Europa League. The 19-year-old is now developing into an industrious central defensive midfielder - buzzing particularly in physical and defensive attributes just like Sergio Busquets and Casemiro.

Alban Lafont can be referred to as the French version of Gianluigi Donnarumma - the young Italian goalkeeper earning wave reviews for his scintillating performances with AC Milan. Just like Donnarumma, Lafont was born in 1999 with the young Frenchman getting lesser plaudits partly because he plays for Toulouse which is a modest side in France. The youngster is fast developing into one of Europe's finest shot-stoppers considering his remarkable achievements thus far.

Born in Ouagadougou, Burkina Faso, Lafont started his career as an attacking midfielder with amateur side, AS Lattoise, before joining Toulouse in 2014. His senior debut came a year later against OGC Nice aged 16 - which made him the youngest goalie to play in Ligue 1. Alongside Donnarumma, Lafont was ranked among the best 40 players under 20 in the world by Italian publication La Gazzetta Dello Sport in 2016. The French youth international has moved on to make 50 appearances for his club - making him the youngest player in the history of the French Ligue 1 to achieve that feat.