Time for Arzani to leave the Bhoys?

Daniel Arzani's stock rose exponentially at the 2018 World Cup. After a stellar breakthrough season with Melbourne City, the young forward found himself on the plane to Russia. Despite Australia's group stage exit, the 19-year-old won plenty of plaudits for his impressive cameos, featuring as the tournament's youngest player.

It wasn’t long after that he was snapped up by Manchester City. The club hold a significant interest in A-League club Melbourne City through the City Football Group. Once on the parent club's books, he was sent on a two-year loan to Celtic in the Scottish Premier League.

At the time, murmurs circulated that Bhoys manager Brendan Rodgers had little say in the deal. Celtic CEO Peter Lawwell’s son Mark heads up recruitment and scouting for the Citizens. Nevertheless, Arzani landed in Glasgow and was eventually handed a debut by Rodgers off the bench against Dundee. It would end in disaster for the Aussie whizzkid.

Less than 20 minutes after entering the fray the youngster slipped and tore his ACL. A lengthy stay on the sidelines and months of rehabilitation ensued. Now fully fit and 20-years-old, Arzani has been unable to force his way into new [old] Celtic boss Neil Lennon’s plans. The youngster's lack of game time prompted Socceroo coach Graham Arnold to issue a stark warning. Start playing regularly or risk being frozen out of the national team.

How likely is it that the Aussie starlet can nail down a starting role at Celtic Park? Slim to say the least.

Lennon operates a fluid 4-2-3-1 system. While Arzani is a winger known to be equally adept on either flank or playing as a number 10, such a system plays to his strengths. However, competition for places is fierce. Odsonne Edouard leads the line with the talented Ryan Christie tucked in behind. James Forrest is a mainstay on the right flank. New arrival Mohamed Elyounoussi, who starred in their recent Europa League victory against CFR Cluj, occupies the left. 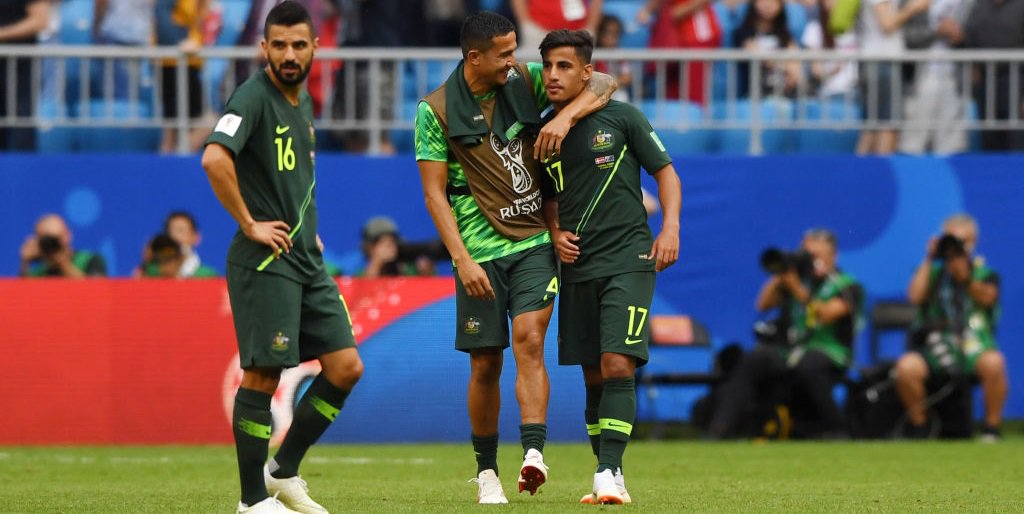 OptaJason
OptaJason
Follow
9 - Daniel Arzani has created a scoring chance once every nine minutes and 20 seconds at the #WorldCup, the most frequent of any player. Whippersnapper. https://t.co/BMvyq4gtIA
Follow
05:48 AM - 25th Jun 18
29
40

Also waiting in the wings are Scott Sinclair and Lewis Morgan, of whom Lennon is known to be a fan. Throw in Jonny Hayes and Mikey Johnston, who is nearly fit after his own injury, and you can see the Aussie’s predicament.

Despite minutes for Celtic's reserve side, Arzani needs regular first-team football fast. Perhaps an early termination of his loan deal may suit all parties concerned.

Although unlikely, a short term move back to Melbourne City's familiar surroundings might help him rediscover his mojo. On the eve of the new A-League season, it would certainly turn heads. Whether Pep Guardiola and Co view a return as beneficial for his development remains to be seen.

Another alternative is the English Championship. His pace, deft touch and eye for an assist would benefit any number of sides in the second tier. No such move would occur until January, though. In the meantime, he can only knuckle down and compete for a place at Celtic Park.

The international break provides an opportunity to impress the Socceroos boss. The squad undertakes a training camp in Doha during the fortnight. There’s no doubt the young forward is one of the brightest prospects to come out of Australia in many years but he and his advisors must ensure his next move is one that will put his stalled career back on track.

At the same time, Graham Arnold can't write him off too hastily. Arzani's talent is too great to be sent out to pasture. As a new generation emerges in Australian football, supporters won't forgive the manager for abandoning their favourite son.

The modern age has done weird things to football. Heck, Robbie Savage is considered a competent pundit these days. Paying £10.00 for a pie and a soft drink at a stadium kiosk…

Can Hamilton's youngsters be their salvation?
By Jonny Keen

Hamilton sign Hamilton! That was the announcement on Twitter. Your typical unimaginative football joke. If you're in the dark, the post referred to Scottish Premier League…

From Atlanta to Aberdeen, it's a mediocre match made in heaven
By Jonny Keen

Ah, the mighty cities of Atlanta and Aberdeen. They’ve a lot in common, haven’t they? They’ve both been referenced in Matt Groening cartoons, they both have names…