Top 10 Goalkeepers In The Premier League - Who's Your No.1?

By Ginger Pirlo
Ben Foster British Football David De Gea Fraser Forster Goalkeeper Hugo Lloris Jack Butland Jordan Pickford Kasper Schmeichel Opinion Petr Cech Premier League Slider Articles Thibaut Courtois Tom Heaton Top 10
The Premier League is blessed at the moment to have some of the world's best goalkeepers between the sticks of our domestic clubs. They all have their strengths and weaknesses, they all make game winning saves and they all have their share of moments to forget. The question is who is the best?

Here's my rundown of the current top 10 goalkeepers in the Premier League.

Not the most commanding of goalkeepers. You would think a team like West Brom with all the giants they have throughout their side, would have a beast of a goalkeeper. Foster is a great shot stopper on his day but can make the odd horrendous mistake. His opportunity at Manchester Utd was criminally wasted as he was swiftly moved on and succumbed to mid-table obscurity. He was outstanding at White Hart Lane recently but still had 4 goals past him so no one will really remember. The life of a goalkeeper.

Pickford has proved himself to be a top-class shot-stopper this season. You have to be to play for Sunderland, let's face it. His injury has been a massive blow for the perennial relegation battling north-east side. If they stand any chance of another great escape this season, then they need this lad between the sticks to dig them out some precious points.

Ask me to make this list last season and Schmeichel would be right at the top end. This season has been a spectacular fall from grace matching that of his club. To be fair to Kasper he has had an injury which has kept him out for a long period but even before this, he wasn't as commanding as he was last season. Nowhere near in fact. The main reason he even makes this list is the Champions League performances shouldn't be ignored. Leicester qualified after they conceded ZERO goals from the first 4 games. Impressive.

If I was compiling this list at the start of the season Forster would be higher up, perhaps much higher up. His form over the last few months, however, has taken a startling downturn. The Saints fans on a weekly basis would sing "England's No.1" but this chant hasn't been heard in a long time. Perhaps the unbelievable EFL Cup campaign where Saints and Forster haven't conceded a single goal on their route to the final will inject the 6"7 Geordie with some much-needed confidence. Plus bring back those chants! 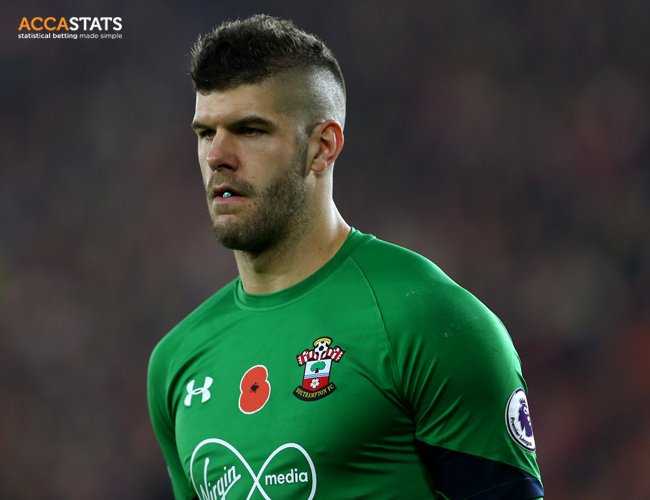 AccaStats
AccaStatsUK
Follow
#EFLCup - Southampton are yet to concede a single goal in the League Cup this term, equating to six hours of football. #LIVSOU https://t.co/L3R6NmUvjn
Follow
19:27 PM - 25th Jan 17
1
0

What a season Burnley are having in their return to the big league. Well, in home games that is. Away from Turf Moor it's not so rosy, but a lot of their good work comes from the fact they have a solid base starting with Captain Tom Heaton. At a club like Burnley, you know you are going to be tested as a goalkeeper. Heaton is passing this test with flying colours. The Lancashire side already look a shoe-in to avoid relegation barring any catastrophic collapse in home form. 25 of their 26 points to date have come from being rock solid at home with 4 clean sheets from Heaton. Their other point came from a clean sheet at Old Trafford. Not bad.

To complete a trio of England keepers back to back, Jack Butland is this countries brightest hope to take over from Joe Hart. The sooner the better. He is extremely unfortunate to have been out all season so far as he had a spectacular 2015/16, where he won Stoke's player of the year award and made huge strides at International level. To be No.5 on the list may seem generous given he hasn't played yet this season but in fairness, it can also be seen as harsh as he could easily be in the top 3 if he had the chance to carry on his impressive form and development from last year. Let's all hope for a speedy recovery and he can grab the England No.1 shirt off that Head & Shoulders enthusiast for good.

Still a top keeper but his powers have undeniably diminished over the past couple of years. He still has a presence about him but he allows shots to go past him into his net that a Petr Cech in his peak simply wouldn't do. He is a Premier League legend and now has the all-time record of 170 clean sheets to himself. However, the word legend is very apt. He is aged 34 now, which isn't exactly 'old' for a keeper, but he is without doubt past his peak and his standards are slowly dropping with every season that goes by. 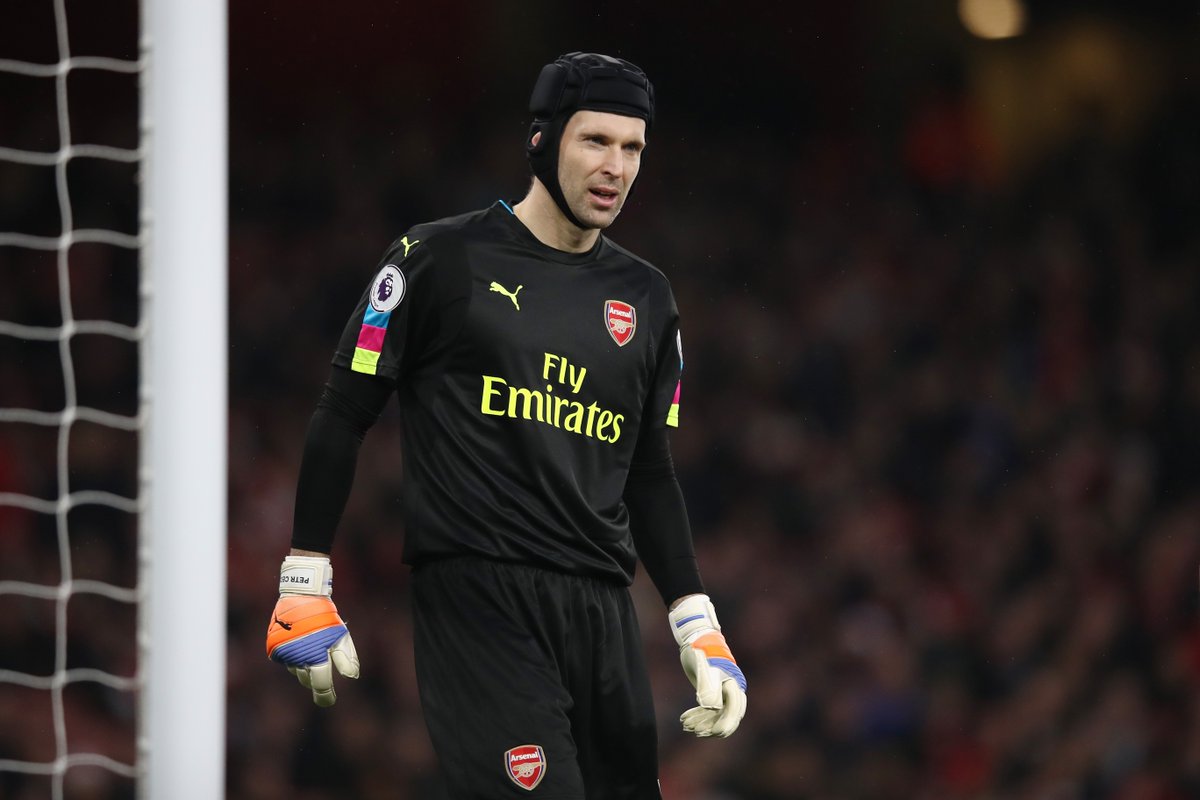 Squawka Football
Squawka
Follow
Petr Cech has now faced 14 penalties in the Premier League since 2011/12, he's not saved a single one of them.

Tall, safe handling, good distribution and a solid shot stopper. An all round quality goalkeeper. The type that helps you win a record breaking 13 games in a row with only 4 goals conceded and TEN clean sheets within that run. The Belgian is set to smash the all-time Premier League record of 21 clean sheets in a season as he currently has 13 in just 22 games. Chelsea's unbelievable run isn't all down to him obviously, as the 3 man defence in front of him, along with wing backs and 2 holding midfielders have aided his record considerably. When Courtois has been tested at times this season he hasn't looked entirely rock solid. The Spurs defeat is a standout moment as he seemed to be afraid of the ball as Dele Alli headed it past him. Was very strange to see.

Very unfortunate to not be No.1 on this list but he does make the odd horrendous blunder. He made two in the same game at Man City which you hardly see from the man who is No.1 further down this page. No doubt though the Frenchman is one of the best keepers in the world and a big reason why Spurs have gone from top 4 dreamers to title challengers in a very short period of time. He is easily the best player the North London club have ever had in goal since the Premier League began, although this isn't saying much as they have had some shockers. Kasey Keller, really? He has admirers all around the world and it's a big statement from Spurs that he is totally committed to them, for the near future at least.

It just had to be De Gea for No.1. It's pretty astonishing that he is even still in the Premier League as Real Madrid were more than close to taking him away last year. We are all grateful that they didn't. Many would say he is the best in the world, that argument is up for debate as Manuel Neuer may have something to say about that, but no one can doubt the Spanish international's abilities. He is an unbelievable shot stopper and adds countless points onto Man Utd's Premier League total by saving them time and time again. What really sets him apart is De Gea makes seemingly impossible saves. How many times have we seen him claw a shot destined for the top corner away from goal? No one does it better. He has come a long way from the skinny kid who couldn't deal with crosses that landed on these shores in 2011.