One would think the Champions League finale marked the football calender’s end. However, they wouldn’t be any more wrong. Club competition is now taking a backseat, but the international scene is spicing up. The FIFA Women’s World Cup is primed to give the best representation in the development of the Women’s game.

The European nations boast some warriors ready to make an impact. Some have dazzled fans with impeccable work in respective leagues or the UEFA Women’s Champions League to consolidate their talents. Ballon d'Or winner Ada Hegerberg is sitting this one out, yet multiple world-class stars are ready to claim her throne. Here are some players who should be on everyone’s radar for the Women’s World Cup.

Les Bleues are under pressure to replicate their male counterpart’s World Cup, but have enough firepower to dream. France head into the competition with an experienced unit filled with players from undisputed European queens Olympique Lyonnais. Goalkeeper Sarah Bouhaddi is the last line of defence everyone craves. The 32-year-old’s boasts enviable experience, with her commanding nature along with cat-like reflexes assured to frustrate oppositions.

As if bypassing her isn’t difficult enough, opponents shudder at going past Wendie Renard. The 6’2 centre-back eclipses many male counterparts, being a dominant figure to barely lose a battle. The 28-year-old’s stature makes for a prolific set-piece threat, while her bullying attitude is nightmarish for strikers.

However, Les Bleues’ undisputed superstar remains Eugenie Le Sommer. The sensational striker is a crucial cog in Lyon’s European rule, bagging 19 goals in all competitions last season. Not only is the menacing forward problematic, but it’s captain Amandine Henry who’ll lead from the front. The sturdy midfielder not only comes up with timely goals, but her controlling demeanour, creativity along with hard-tackling presence make the perfect mixture needed for France glory. 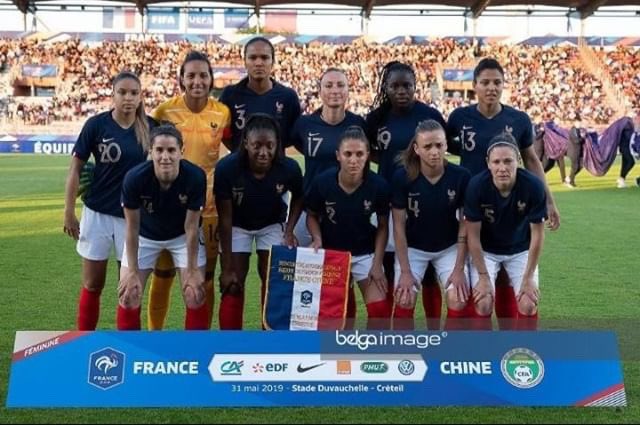 The dark horses aren’t one to take lightly. Captain Maren Mjelde is their shining beacon, embodying the spirit of the Norwegian. The senior-most player is also the most hard-working one. As displayed for Chelsea, her adaptability brings significant benefits.

Mjelde’ operates in midfield or even right-back if necessary. Not only a tireless figure, her expertise on the ball, stark creativity and set-piece prowess make her the complete package everyone should tread carefully. If Mjelde gives them energy, Caroline Hansen grants them the cutting edge going forward. A lethal winger, she loves to dance past defenders, create chances or score wonderful strikes. Hansen’s an unstoppable figure when on-song, making her a potential nightmare to behold in the world stage.

The German juggernauts possess some real heavyweights, including an imposing Almuth Schult. The Wolfsburg goalkeeper kept 17 clean-sheets in the league last season, proving to be impenetrable for the She-Wolves. She’s almost like Manuel Neuer, possessing impressive strength and shot-stopping ability, but not as confident in decision-making. To protect her blushes is strong defender Leonie Maier, whose emphatic defensive ability’s helped Die Nationalelf win Olympic Gold as well as the UEFA Women’s Championship.

However, Germany’s strengths lie up front. Dzsenifer Marozsan might’ve been overshadowed by Hegerberg at Lyon, but aims to claim the spotlight in the World Cup. The German captain’s a magician going forward, weaving together chances or goals with great beauty. Her partner-in-crime Alexandra Popp, is a more lethal striker, having netted 13 league goals for Wolfsburg last season. With their brilliant chemistry, Die Nationalelf could be too hot to handle.

The Spanish men’s team is in transition, but the Women are ready to make a mark. Led by record-breaker Marta Torrejon, La Roja’s one to watch out for. Torrejon’s not only Spain’s most-capped player, but a defensive general and team captain. Her impressive defensive knowledge, tough-tackling demeanour along with inspiring attitude is vital towards powering Spain to success.

On the offensive line, club compatriot Patricia Guijarro is the up-and-coming sensation. A prolific young striker with predatorial instincts inside the penalty area, she needs little chances to bang in goals and make her mark. The 21-year-old’s threat will be amplified by club-mate Alexia Putellas' wondrous contribution. The attacking midfielder contributed in 26 league goals next season. She’s a marvel in prime form, making fit for her in running the show to make opposition dance to her tunes. 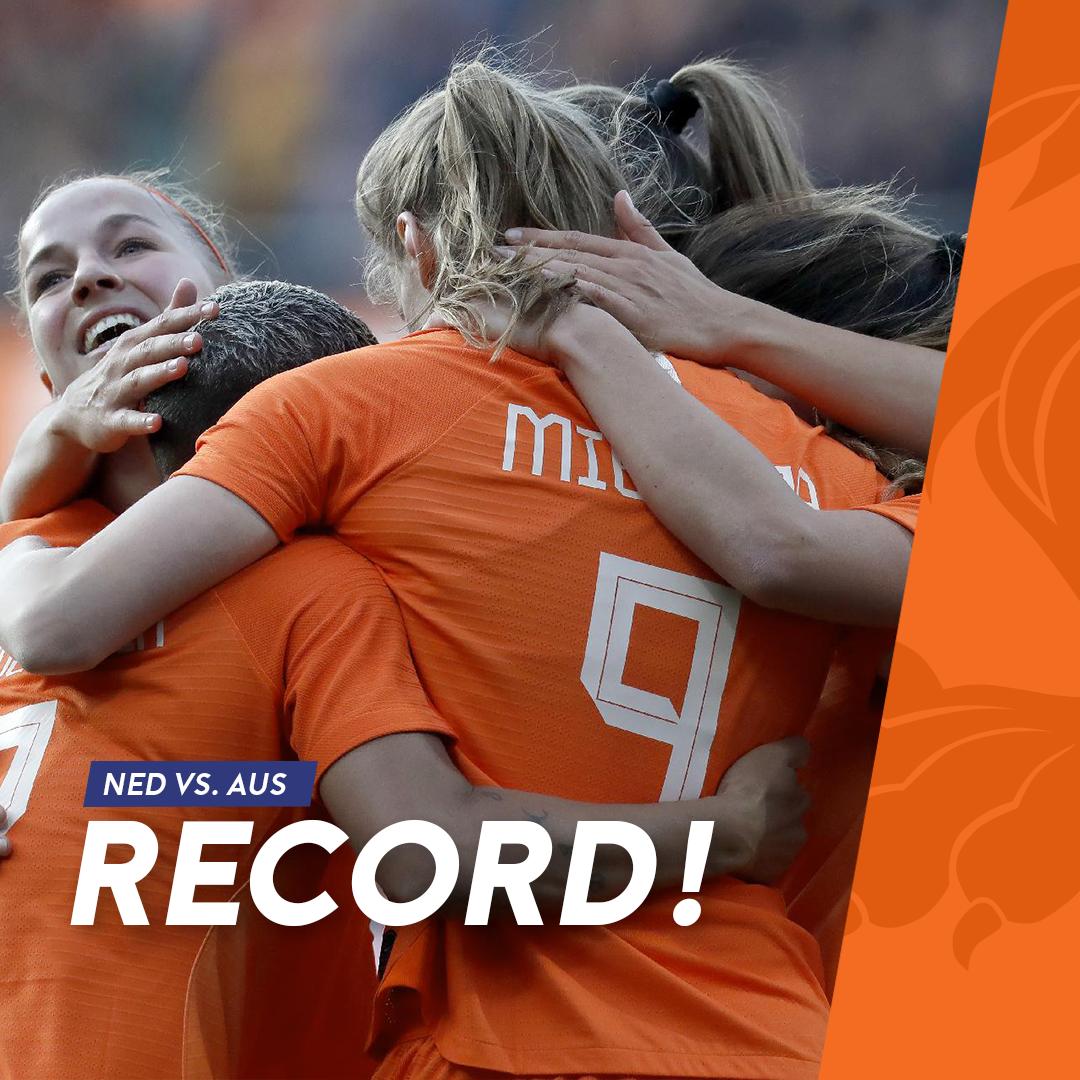 Whatever the result tonight against @TheMatildas🇦🇺 will be, the game goes down in history books either way!

More than 3️⃣0️⃣.2️⃣3️⃣8️⃣ tickets have already been sold, which means the @oranjevrouwen 🇳🇱 attendance record is broken!

In only their second World Cup tournament, Netherlands dream big. Boasting a compact squad, they also have a world-class goalkeeper in Sari van Veenendaal. The Arsenal goalkeeper’s incredible reflexes mixed with a solid shot-stopping ability builds an added layer of protection for Oranje’s defence. Yet, their attack’s bound to excite the most.  Sari’s Arsenal team-mate Danielle van de Donk is a small package capable of big things.

The 27-year-old bagged 11 goals along with 6 assists in the WSL last season. Her stunning skill, creative vision and persistence bring the unpredictable factor for the Dutch. While she’s bound to traumatize defences with her exquisite ability, de Donk’s also supported by strikers’ Shanice van de Sanden and Vivianne Miedema.

Van de Sanden’s electric nature added with top-notch delivery from the right-wing makes her an intimidating factor for Leeuwinnen. Miedema scored 22 goals in the WSL last season, reasserting her reputation for being an extremely cunning striker guaranteed to produce bangers under the spotlight.

Scotland remains underdogs stuck in a feisty group, yet their strong willpower can cause an upset going forward. Strong defender Jennifer Beattie is key to their progression, with her experience and defensive qualities vital towards containing opposition. Beattie was crucial in Manchester City’s FA Women’s Cup success, as her fighting spirit is key to surviving the onslaught.

Moreover, the Scottish need Kim Little’s brilliance to slay giants. The blazing attacking midfielder’s firepower can burn through stubborn defences, as the 26-year-old is key towards causing upsets in the Women’s World Cup.