How can Spurs cope in Kane’s absence?

Based solely on their rise in the table, the Portuguese can argue he's improved the side in short order. But that is far from the case when you look at their distorted defence and midfield mayhem. Barring their 5-0 victory against Burnley, performances don't convince. The Lilywhites grind out results and waver in most contests.

Their last league outing was a double whammy. An underwhelming defeat to Southampton was made worse when captain Harry Kane hobbled off the field with a hamstring problem. Scans revealed a tear. The England international won't return before March. With no senior replacement, the burning question is how Spurs will cope in their talisman’s absence?

Lucas Moura and Son Heung-Min are the obvious choices to fill the void. Son did an admirable job last season when Kane went down against Manchester City. You would expect Mourinho to consider the option when the South Korean returns from a three-match ban. On the other hand, the 27-year-old established himself as a massive threat on the break. Playing in a central role will limit his ability to impact matches in that fashion. Moura also played as a proper striker for Spurs in the recent past but, again, the Brazilian is better off coming in from wide areas.

Tactically, Mourinho employs 4-2-3-1 and 3-5-2 formations as Spurs boss. He can rotate Son and Moura in the 4-2-3-1 but Spurs’ lack of defensive midfielders leaves them without an effective double pivot. Eric Dier has been erratic since returning from injury, Tanguy Ndombele’s progress is hampered by injuries. Mourinho doesn’t consider Moussa Sissoko a core midfield player. That leaves him with a back three to better protect the Spurs goal with one holding player. It also allows Moura and Son to partner at the other end. 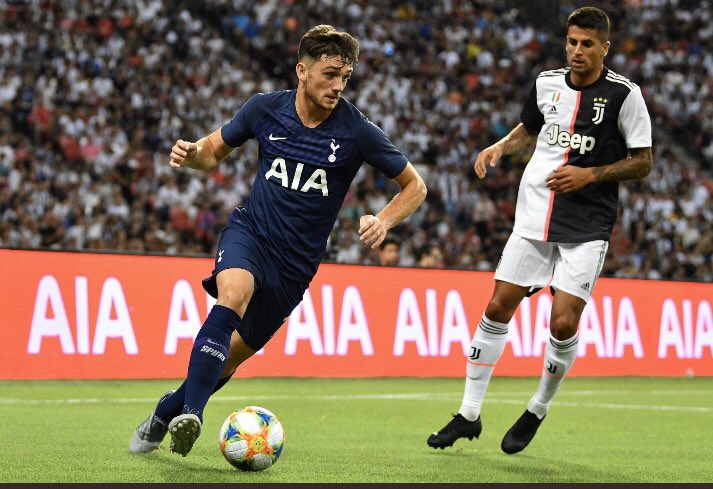 The player is breaking through and has been a feature onto the bench under Mourinho. Parrott could be featured more and more with the injury of Harry #Kane. (@premier_inside) https://t.co/4Lgq92tFxM
Follow
22:42 PM - 3rd Jan 20
9
91

A more imaginative option is a lop-sided 4-3-3 with Jan Vertonghen at left-back and his counterpart, Aurier Serging forward. Dele Alli would play the false nine with Son and Moura staying out wide. Like the problems Antonio Conte and Maurizio Sarri encountered when deploying Eden Hazard in the role, the tactic prevents Alli from making the deep runs that define him. Also, Spurs’ dearth of defensive mids might lead Mourinho to play three in the middle, setting up in a 4-3-1-2.

Supporters nominated academy product Troy Parrott but, spoiler alert, Mourinho poured cold water on their hopes, claiming it's too soon for the 17-year-old to start games. At Manchester United, Mourinho used Marcus Rashford primarily off the bench even though the Red Devil was already an England international when the Special One arrived. Similarly, he only entrusted Scott McTominay with starts when both Nemanja Matic and Ander Herrera were injured and he was feuding with Paul Pogba.

All in all, the situation at the north London club isn’t as grim as it seems. Kane's ligament problems in 2018/19 kept him out for over a month on two different occasions. Spurs played 21 games without him. Their statistics with and without their No.10 were almost identical. Tottenham won 58% of their games with Kane, 57% without him and their defeat ratio is exactly 33% in both scenarios. Even though Kane is considered their main scoring source, Spurs averaged 1.9 goals per 90 without him, 1.78 with and boasted a slightly better defensive record in his absence, 1.05 conceded rather than 1.13 [Football: BH]

It bears noting, however, that Mauricio Pochettino had Fernando Llorente on the bench for just such an emergency. The Spaniard wasn't as adept a finisher as the captain but his ability to bring others into the attack is an option unavailable to the new manager. In addition, Kane offers qualities stats don't measure, most notably his leadership. Mourinho understands his importance.

No one will argue that Kane is not irreplaceable. On the other hand, it's Mourinho's job to try.