In the reverse fixture, Tottenham left the Santiago Bernabeu with a well-earned point after drawing 1-1 with the reigning European champions. The result put the north London side in an excellent position to qualify for Champions League knockout stages.

More recently, defeat against Manchester United in the Premier League threatened to derail Spurs; however, Real Madrid's arrival at Wembley saw spirits lifted. Dele Alli's brace, along with a goal from Christian Eriksen, proved too much for Zinedine Zidane's men. Cristiano Ronaldo's 80th-minute effort was scant consolation. The Portuguese could only watch on as Alli delivered a match-winning performance.
Over 83,000 witnessed the action inside the infamous Wembley Stadium, with Spurs fans showing full support. And why not? Their side had proven they belong among Europe's very best teams.

Was the 3-1 victory a shock? Possibly. Was it deserved? Definitely. Tottenham played extremely well, maintaining shape and playing to their strengths throughout. Mauricio Pochettino got his tactics spot on. His side sat tight while defending, then broke on the counter-attack when the chance arose. Madrid couldn't cope after losing possession as their players failed to track back.

Every Tottenham player performed a key role in the victory. Goalkeeper Hugo Lloris produced several saves. In defence, Davinson Sanchez and Jan Vertonghen remained solid throughout. Toby Alderweireld picked up a hamstring injury in the 24th minute, however, and was replaced by Moussa Sissoko. Ben Davies also took a knock but soldiered on, continuing an important display alongside his teammates. On the opposite wing Kieran Trippier set up Alli's opening goal, and the former Burnley man was good defensively as well.

Farther up the pitch, Harry Winks once again proved he can perform against elite opposition. The youngster made some key passes and stayed calm under pressure. Then there's Spurs' main man, Harry Kane, who showcased his ability by jostling with Madrid's strong defensive unit. He caused real problems for the centre-backs, Sergio Ramos and Nacho. Flustered at times, Ramos became frustrated which led to a booking for dissent.
Real Madrid pressured later on, but they failed to mount a fightback. For the second successive time, Spurs prevented last season's Champions League winners from scoring more than one goal. It proves how strong Pochettino's side are at the back.

It could have been even better for Tottenham had Alli converted Trippier's cross. The England international slightly mistimed his jump to head the ball wide though. Not that he will mind too much. After all, his team's impressive victory ended Real Madrid's 30-game undefeated streak in the group stages. Not too many English clubs can boast about defeating the Spanish giants in recent times. Tottenham Hotspur now can.

In many people's eyes, Spurs began this season's Champions League campaign as the third favourites to progress in Group H, behind Madrid and Borussia Dortmund. But the north London side have qualified with two games to spare. It is an outstanding feat. 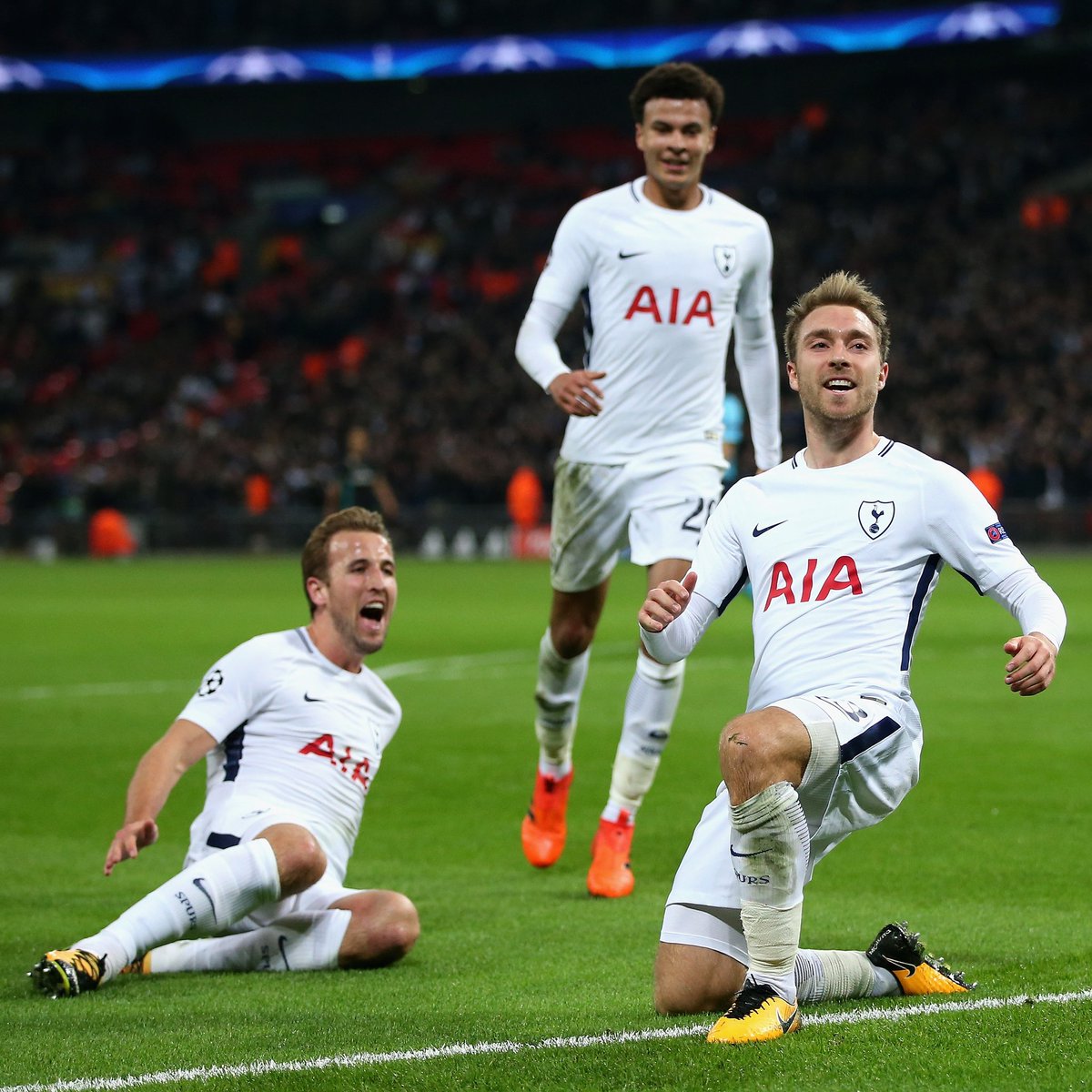 Harry Kane
HKane
Follow
The performance. The result. The knockout rounds. 👍👌
#COYS #UCL https://t.co/N2riP3FpqN
Follow
22:16 PM - 1st Nov 17
5512
30819
Watching such a young side develop into one of Europe's best should produce excitement. Tottenham Hotspur is on the verge of becoming a great team.