The new White Hart Lane finally opened over the international break. Expect Tottenham to play their next home game at the freshly minted ground. Spurs anticipated opening the ground midway through the 2017/18 season, then to open this campaign, then in January. Finally, the delays end and football begins. Tottenham are owners again rather than renters.

Critics warned that failing to sign players endangered the Lilywhites' continued Champions League status. The jury remains out on that forecast. Mauricio Pochettino's side lie third on 61 points but Arsenal, Manchester United and Chelsea all loom within four points with eight games remaining. Certainly, one or two signings might put them in the title race. Three losses and a draw dropped them 13 points behind Manchester City, 15 adrift Liverpool who've played an extra game.

Pounds invested and trophies won remain the two measuring sticks for a club's size and status. Levy doesn't spend and isn't bothered about winning trophies. Even so, Spurs went from a top-ten club that could never crack the top four to perennial Champions League participants on his watch. Everyone seems to think he's living on borrowed time but his squads continue to improve.

Fans recently expressed outrage when Mauricio Pochettino suggested it could take a decade for Tottenham to win their first trophy under his management and Levy's stewardship. He was probably expressing the club's business outlook. More than £ 600 million in debt must be serviced on the new ground just as Arsenal did under Arsene Wenger. Player investment won't increase significantly. Spurs' fortunes, financial and competitive, rest on developing talent. 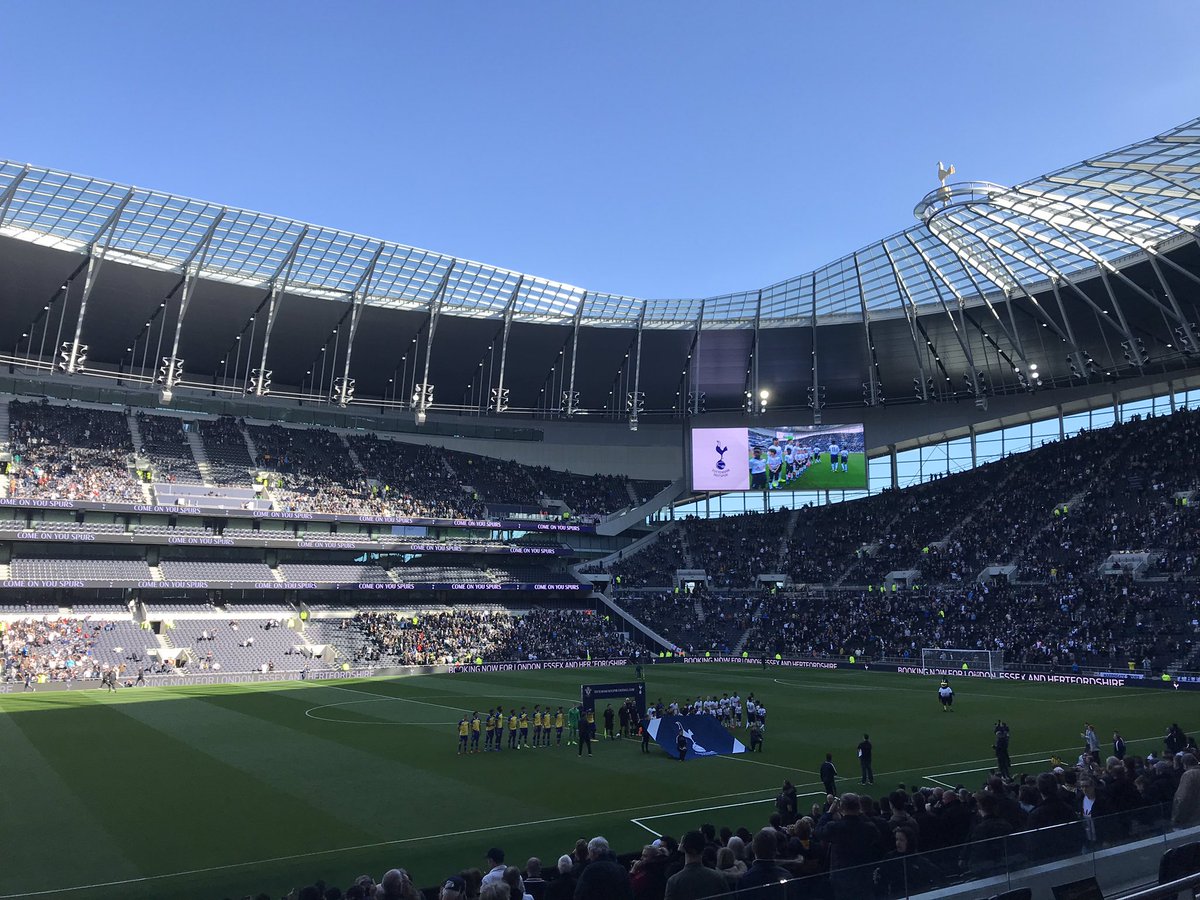 Jonathan Veal
jonathandveal83
Follow
The teams are out at this brilliant stadium. Around 30,000 in attendance in the first official test event. Pochettino Snr is sat with Daniel Levy in the directors' box. #THFC #COYS https://t.co/E6KthOWAG3
Follow
14:58 PM - 24th Mar 19
2
8

Kyle Walker's sale allowed Kieran Trippier to grow into a Premier League and England star. It also afforded playing time for Kyle Walker-Peters. Harry Winks and Oliver Skipp also push for minutes. Christian Eriksen, rather than Harry Kane, might be the next big name to raise funds. At the back, Juan Foyth and Davison Sanchez appear ready to step in for the Belgian brothers, Aldeweireld and Vertonghen. Levy's machine churns.

With a 62,000-seat capacity, the new ground lies second in the Premier League attendance table behind Old Trafford. It will increase revenue but Spurs' ownership doesn't have money to burn like Manchester City's Sheikh Mansour and Liverpool, United and Arsenal's American billionaires. Poch's ten years wasn't a joke.  Tottenham isn't going to break the bank to win. They're building a home so comfortable that when success arrives, it won't want to leave.

Arsene Wenger often gets accused of failing to succeed in the later years of his tenure with Arsenal. The Frenchman retorts that once the Gunners left Highbury, they lost their soul.…

Does Dominic Calvert-Lewin deserve an England call-up?
By Tom Clarke