With the self-appointed Most Competitive League in the World having already decided its champion and all three relegated sides, the so-called two-club competition in Spain enters its penultimate weekend with three sides still in the title hunt, no one condemned but fully another six all at risk of the drop.

Working from the bottom up, Eibar, Elche, Valladolid, Huesca, Getafe and Alaves are all crammed into a five-point space in a relegation battle royal. None of the sextet face any other but three must take on clubs in the top four on the final day. Eibar, the other Basque team in the top flight, reluctantly welcome Barcelona to the Ipurua Municipal Stadium. Alaves journey to the Ramon Sanchez-Pizjuan to take on Sevilla. Most daunting of all, Valladolid must entertain Liga leaders Atletico Madrid at the Jose Zorrilla.

Before that encounter, Atletico host 11-place Osasuna at their Metropolitano fortress. Diego Simeone’s side top the table on 80 points after 36 matches but victory won't be sufficient to wrap up the title. Crosstown rivals Real Madrid nip at their heels with 78 points. On the plus side for the perennial underdogs, Zinedine Zidane’s Galactico-lite squad faces two difficult top half sides. Tonight, they journey to the Basque region to take on Athletic Bilbao at San Mames, the stadium where title dreams go to die. Next week, they must fend off invading Europa League finalists Villarreal.

If it isn't enough trying to stave off Los Blancos, Barcelona are third on 76 points. To be fair, the four-point gap remains within the realm of possibility but not realism. Ronald Koeman’s disappointing debut as Barca boss concludes with Celta Vigo at the Nou Camp and the aforementioned trip to Eibar.

Julen Lopetegui’s Sevilla only look like they have an outside chance, six points in arrears of Atleti. Yet even if they won their two remaining contests against Villarreal [away] and Alaves [home] while the three clubs above them combined to lose six matches, they would still lose out to Atletico on their head-to-head record against their fellow Rojiblancos. While they held off the Madridistas 1-0 at the Pizjuan, Lopetegui's Sevillista's lost 2-0 at the Metropolitano.

In short, La Liga is Atleti’s to lose even if they have little margin for error. As you would expect from a Diego Simeone squad, their success is predicated on defence. They have ceded a ridiculously low 23 goals. Jan Oblak’s 18 clean sheets in 36 matches lead the competition and the Slovenian is ably protected by centre-back trio Stefan Savic, Jose Gimenez and Mario Hermoso with holding midfielder Koke acting in turn as their shield.

Simeone’s lads are far from slouches in attack, however. Only Real Madrid [64] and Barcelona [83] score more often. On the other hand, Los Colchoneros’ 63 strikes lap the rest of the field with Villarreal’s 55 tallies coming nearest. Thirty-four-year-old Luis Suarez’s 19 goals lead the club and, more than anything else, may cost Ronald Koeman his job as Barcelona manager after the incoming Dutchman had no use for Lionel Messi's best mate. Marcos Llorente is equally influential to Atleti’s success from central midfield, where he’s produced 13 goals and 12 assists. Angel Correa [8G/11A] and Joao Felix [10/5], who alternate as Suarez’s strike partner, along with left-sided midfielder Yannick Carrasco [7/9] are the other main goal threats.

That said, former Spurs right back Kieran Trippier provides an additional threat as the right wing back in Simeone’s set-up. The Englishman is a viable alternative source for service when opponents defend narrowly to prevent Llorente and Carasco from linking up with the forwards. Trippier has provided six assists from the right flank over the course of the campaign. 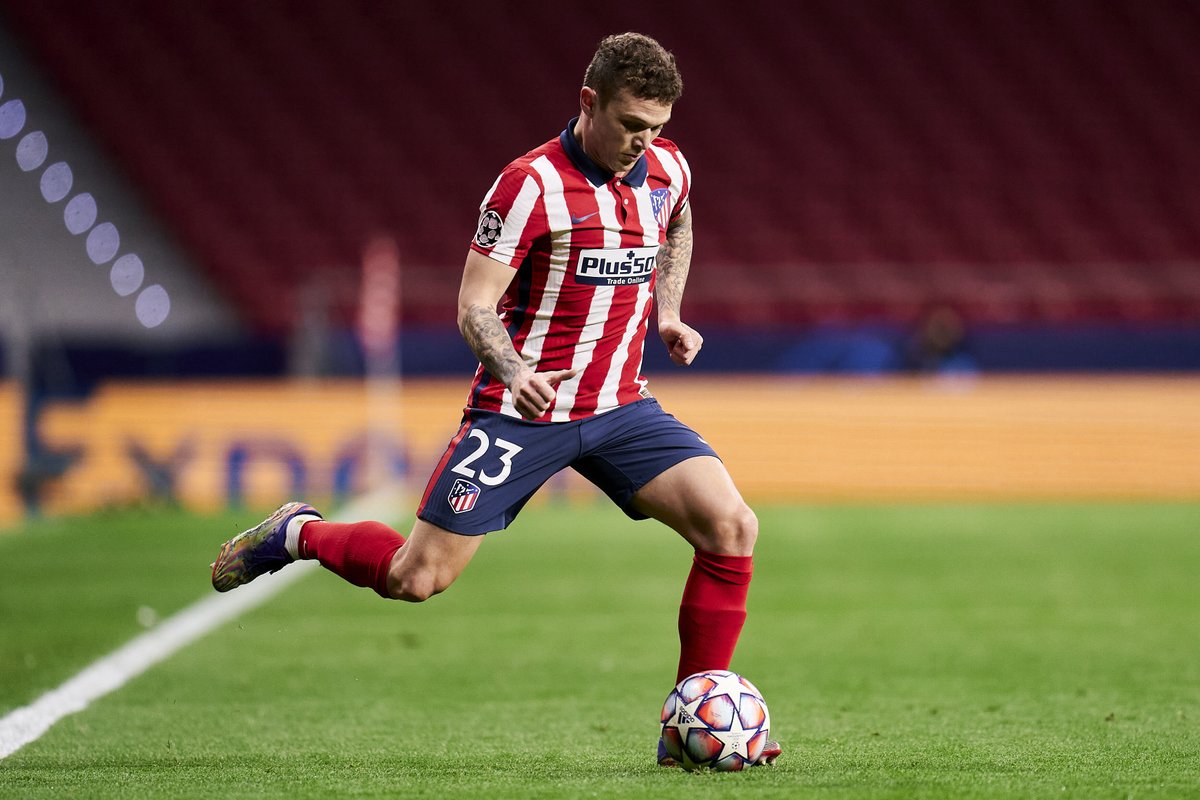 Squawka Football
Squawka
Follow
Kieran Trippier now has more assists than any other defender in La Liga this season (6).

The 30-year-old’s renaissance after a self-imposed exile to Spain is a bit of a shock although perhaps it shouldn’t be. The Bury native has overcome the odds throughout his career. Failing to catch on at Manchester City where he played his youth football, he worked industriously on loan at Barnsley and then Burnley with whom eventually signed and played 170 matches. He then caught Mauricio Pochettino’s eye at Tottenham where his performance put him in the England side and led to a memorable performance at the 2018 World Cup in Russia.

When he brought football home to North London, however, Trippier left something behind in the Motherland. He struggled with injury in the 2018/19 campaign and failed to involve himself in another Premier League goal following an assist against Wolves in early November.

Critics doubted his future and, with Pochettino looking at alternatives in Serge Aurier and Kyle Walker-Peters, Trippier opted to move on, accepting a below market value £19.8 million transfer to Atletico for the 2019/20 campaign.

He left the Premier League apparently to play out the string where fewer England fans would witness his humiliation. With Liverpool’s Trent Alexander-Arnold and Manchester United’s Aaron Wan-Bissaka in ascendance and 20 and 21-years-old respectively at the time, the better part of a decade younger than him, Trippier had seemingly fallen out of Gareth Southgate’s plans.

Two seasons abroad with 11 assists combined and on the brink of the league title he was cursed to never win at Tottenham, everything has changed. Southgate has come to prefer a more balanced talent as his right wing-back. That has brought Trippier back into focus and raised the profile of Chelsea’s Reece James. Even with 26 roster places available to him, the England boss isn’t likely to take three right-backs to the Euros. Not with Kyle Walker, in the squad. The Manchester City star and man Trippier replaced at Spurs can capably capable move over from right centre-back. That leaves the one-dimensional Hyphen Twins out of the frame.

While voting Leave meant exactly the opposite to UK citizens in the Brexit referendum, departing London for Madrid was the right choice for Trippier. How far would you go to win your first league title?