Kings fall. That doesn't change the fact they were once powerful rulers who controlled multitudes, forcing them to obey their will. When a usurper steps into the power vacuum, the former king isn't going to accept a lesser role. He will seek to regain his crown. Manchester United are fallen kings struggling to find their power again.

But now others sit on the throne. Worse, it's their most hated rivals, Manchester City and Liverpool who now rule English football. David Moyes lost the kingdom. Neither Louis van Gaal nor Jose Mourinho could win it back. Ole Gunnar Solskjaer experienced Sir Alex's regime. He's charged with reviving it.

The Norwegian's focus on young, British talent brought in Aaron Wan-Bissaka, Daniel James and now Harry Maguire but he hasn't ruled out European players. As he seeks to sell Romelu Lukaku, Juventus has offered to take on the Belgian for Paulo Dybala and cash. Can the Argentine thrive in Solskjaer's project?

Like Lukaku at United, no one questions his talent. Juve simply feel he doesn't fit their needs. Does he fit United's? 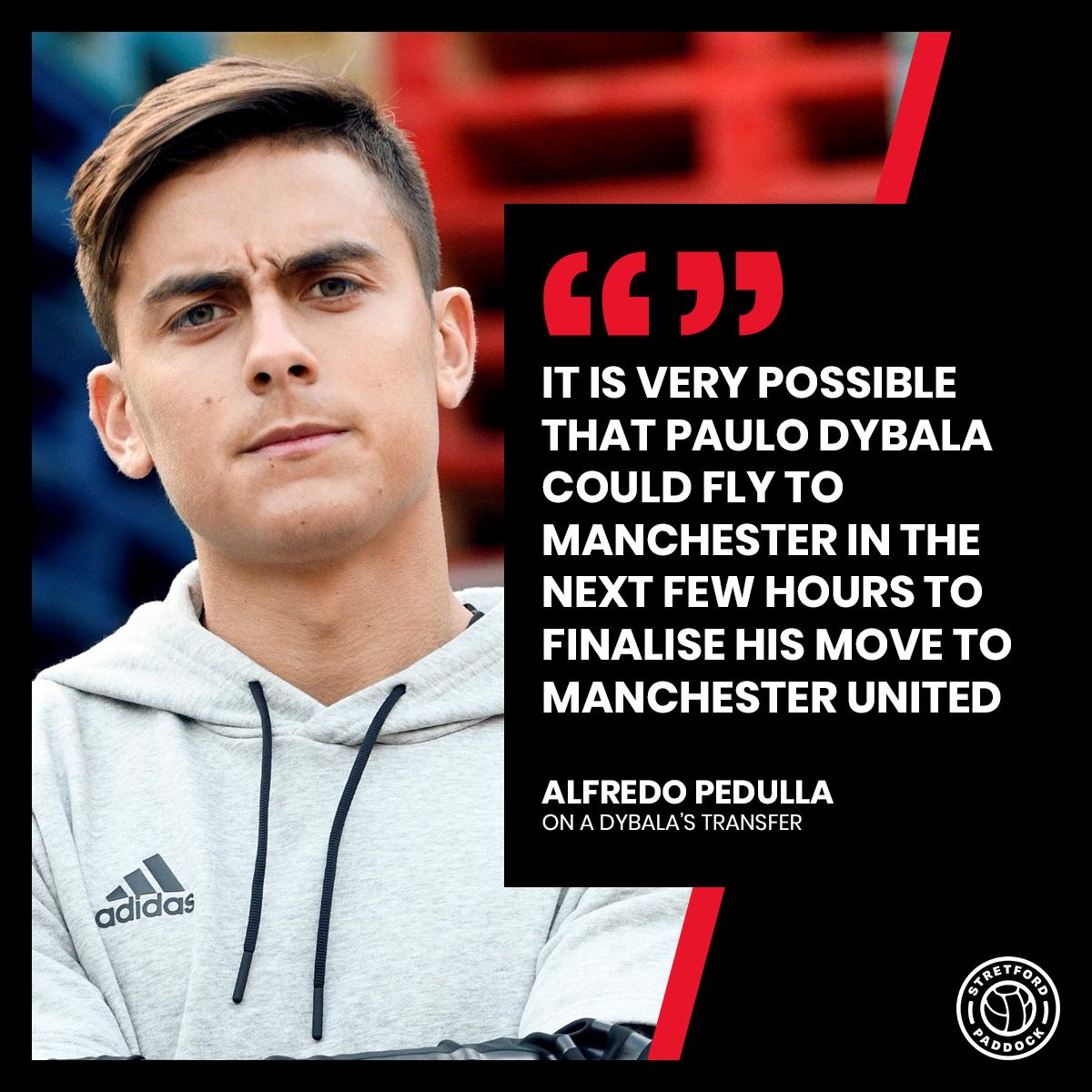 StretfordPaddock
StretfordPaddck
Follow
Breaking: Alfredo Pedulla reports that Dybala could be expected to fly to Manchester in the coming hours to finalise his move to United 😍

Dybala's creativity and dribbling skills ought to please the Red Devils boss. He reads the game exceptionally well and can be trusted in one-v-one situations against defenders. He doesn't possess Daniel James' blinding speed but is quick nonetheless. Better, he thinks on his feet. His counterattack is as fast as a ray of light and finds every crack to filter into the goal. he could provide the end-product that disappeared in last season's final games.

Dybala will compete directly with Jesse Lingard and Juan Mata to occupy the No.10 role. his penchant for cutting inside from the right and releasing with his left foot recalls Robin van Persie but he can also operate in the middle where Mata, Lingard and Alexis Sanchez all struggled to create for Lukaku, Rashford and Anthony Martial in the middle. The Argentine can find the key pass to unlock a defence.

Cristiano Ronaldo's arrival in Turin made him expendable. Mario Mandzukic provided the service from the left flank as the Bianconeri spread defences rather than operate in close quarters. Maurizio Sarri valued flashy wingers and second strikers in his time at Napoli where Marek Hamsik, Dries Mertens and Lorenzo Insigne supported Gonzalo Higuain. Yet, he is willing to sacrifice Dybala to have a new Higuain in the form of Lukaku.

Premier League football will test Dybala. Either it will harden his game, adding strength and directness, or it will chew him up. It will give him all the minutes he could want and fill each with intensity. He's been pushed aside for the two best players in the world, Ronaldo at Juve, Lionel Messi with Argentina. This is a chance for the prince to prove he can be king and perhaps for United to win back their kingdom.