Unai Emery for the Emirates: a new Arsenal era begins

In a press conference filled with reporters baying for blood, Unai Emery officially became the new Arsenal manager. He has at least one trait in common with his predecessor. He doesn't smile often. Unless you google 'Unai Emery happy', you're not likely to find many cheerful images. Even then, you needn't scroll down more than a row or two for the mood to fade. Then again, all the success aside, trying to break the UEFA hegemony with both Sevilla and Paris Saint-Germain can't have been pleasant.

During his unveiling, the Spaniard attempted an opening statement in English, his fourth language of choice. His bravery showed how far he is willing to step out of the box. If this is a sign of things to come, Unai Emery is the perfect replacement for Arsene Wenger.

Much to the so-called ITKs' disappointment, Emery was in firm contention for the position since the 10th of May. The Spaniard held multiple meetings with majority shareholder Stan Kroenke and CEO Ivan Gazidis. Through those meetings, a clear understanding of expectations developed.

Such was the detail of his interview preparation, he established himself as a stand-out candidate early in the process. It's now widely reported that Emery had notes and video footage on every player, including academy prospects, with annotations on how he could improve each. He may not have been the most inspiring appointment, but such anecdotes can only fill the Arsenal fanbase with high hopes.

When the news broke on Monday night through the Ornacle, it was greeted mostly with disdain. Emery's perceived failure at PSG made him seem underqualified. His inability to win the Champions League cost him his job in Paris, but when you analyse the situation, circumstances were not in his favour.

An out-of-control Neymar led a mini-revolution in the dressing room, effectively derailing the Spaniard’s momentum. Rather than remained transfixed to that soap opera, examine his trophy haul both in Paris and Spain. As a manager, the 46-year-old has won ten trophies. By comparison, Mauricio Pochettino, who was an early favourite to replace him at the Parc des Princes has none. The man who did, Thomas Tuchel, has a single DFB-Pokal to his name. 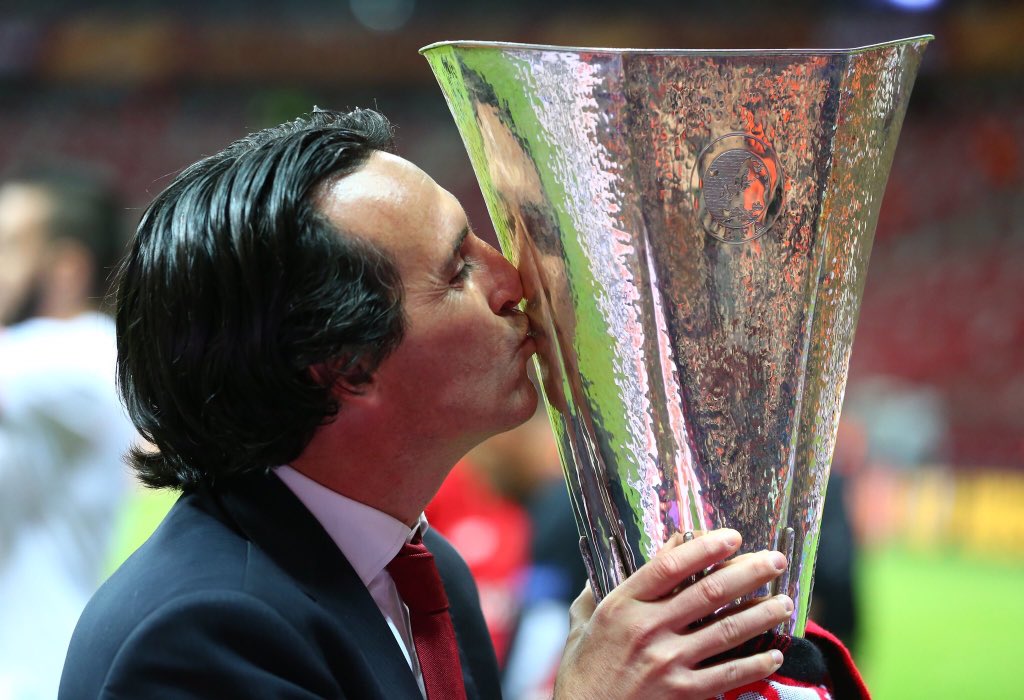 afcstuff
afcstuff
Follow
Most trophies by manager in Europe's top five leagues since 2013/14:

So, what makes Emery a perfect fit for the Gunners? Ivan Gazidis was searching for someone who would push the players harder than Wenger had. The new man's attention to detail suggests he will. The Spaniard leaves no stone unturned when it pertains to match preparation and tactics. It’s well-documented that Emery is obsessed with video replay sessions, especially on the training ground.

Beyond the meticulous approach, his commitment to playing attractive football means he will adhere to the philosophy Wenger instilled in the club. In his press conference, Emery used those heart-warming buzzwords ‘possession football’ and ‘intensive pressing’. From his time at PSG, it’s clear the 46-year-old wants his players to stick to a one-touch, quick style of play that can function under both possession and counter-attacking tactics.

Mikel Arteta would have been a good fit for his former club, but Emery's appointment makes far more sense. He’s managed 14 seasons, whereas Arteta’s career hasn’t even begun. Lest we forget, Emery has won three Europa League titles, a competition that Arsenal couldn't master in Wenger's final campaign.

The Arsene Wenger era is over, but this won’t be the last time we’ll be mentioning the Frenchman. If Emery is a success, Wenger’s work will be further discredited. If he’s a failure, the 68-year-old’s legion of fans will wreak havoc in their ostentatious overlord's name.

So heat up some popcorn and grab a seat. This should be fun.