By Robert Wiltshire
Arsenal Betting Bookmakers Fa Cup Slider Articles Sutton United Wayne Shaw
Many people had a good laugh at Wayne Shaw munching on a pasty during Sutton United's FA Cup tie against Arsenal on Monday but the incident has led to a number of severe consequences.

Seemingly a lot of viewers, like myself, were not aware that Sun Bets offered 8/1 odds on Shaw eating a pie on camera before the game. Perhaps it was all the pre-match hype that prompted the ridiculous bet but either way, investigations are being carried out by the FA and Gambling Commission to decide if betting rules were breached.

Nowadays, it is incredible how many markets bookmakers offer customers. From corners to cards, hat-tricks to handicaps, it never fails to amaze me how much freedom football fans have when choosing what to bet on. In saying this, novelty bets have no place in football because they encourage people to manipulate the bet for personal profit.

Whilst Shaw did not place a bet himself, it would appear that he gave a few people the opportunity to make some money. The betting rules clearly state that "you are not allowed to pass inside information on to someone else which they use for betting."

On Good Morning Britain, Piers Morgan asked him if he was aware that friends had put the bet on and Shaw admitted that he “gave them the nod.” This confession could be significant in the investigations against him and the club asked Shaw to hand in his resignation, which he did.

The situation reminds me of a bet that was offered last summer on transfer deadline day. Certain bookmakers were allowing customers to bet on the colour of Jim White's tie. Usually, the Sky Sports News presenter favours a yellow tie and the bookmakers offered odds on this and a variety of other colours.

Another novelty bet that got people talking involved a promise by Gary Lineker. The Match of the Day host claimed that he would present the first show of the new season in his underwear if Leicester won the league. When The Foxes finished top, bookmakers jumped at the chance to offer odds on what colour Lineker's boxers would be.

Whilst I appreciate the humour and entertainment behind these types of novelty bets, I feel their risk significantly outweighs their reward. These bets can be easily influenced by people who are looking to make a quick buck. Additionally, pressure is instantly put on the person who the bet is about which could cause unwanted media attention.

Although it does seem like Wayne Shaw wanted to enjoy a bit of time in the spotlight, Sutton United have now lost a valuable servant to the club because of a novelty bet. The ‘roly-poly-goalie' as he is known had an important role at the club, acting as a player, goalkeeping coach and groundsman. 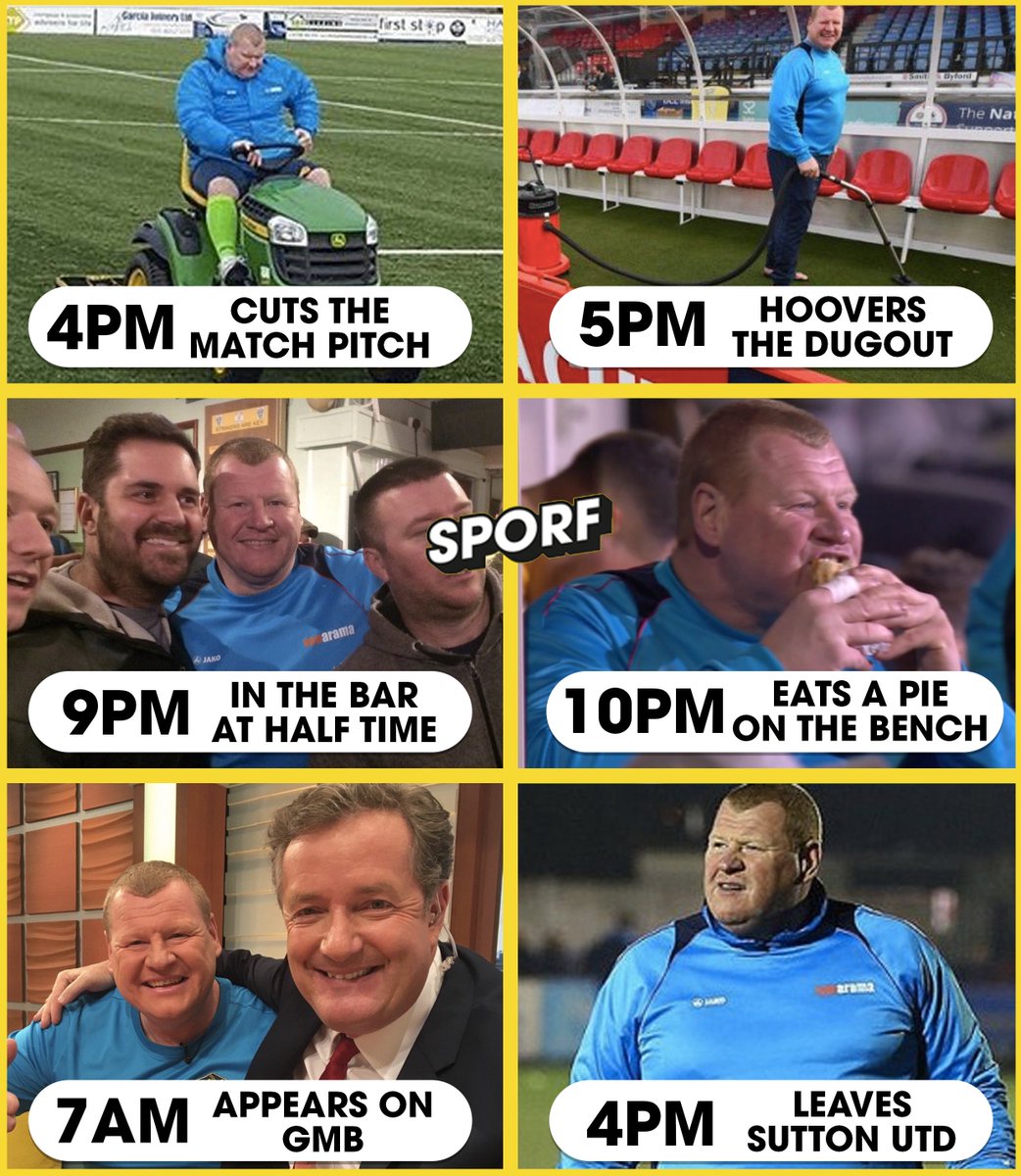 SPORF
Sporf
Follow
SUMMARY: Wayne Shaw's crazy 24 hours in the spotlight. 😅 https://t.co/vRn6U0g6vH
Follow
17:58 PM - 21st Feb 17
1314
2145
This bizarre story emphasises why bookmakers should stick to football specific bets. Personal, novelty bets will always have the potential for serious ramifications and until they are stopped, incidents like Shaw's will continue to arise.

4 betting tips for the Premier League weekend
By Jack Drury

The Premier League has taken us by storm during the first few months. Who would've expected Pep Guardiola's City to score 35 goals, Watford to be performing so well, along with Ronald…

League Two playoffs: Which team to back
By Jack Drury

The Sky Bet League Two playoffs is a pivotal part of the football league. Allowing teams to climb the ladder and escape the threat of playing outside England's top four divisions is…

Who you should put your money on: League One playoffs
By Jack Drury

While playoffs are vastly open competitions possessing large degrees of unpredictability, bookmakers rarely sit on the fence. With certain teams surprising many by making the grade…