When West Ham United paid £24million to sign Mark Arnautovic from Stoke in 2017, more than one eyebrow was raised, accompanied by a snigger.

Paying an exorbitant fee for the Austrian attacker was not only a sign of how ridiculous modern transfers have become but also a very ‘West Ham’ thing to do. That is, paying a ridiculous price for a player who only produces occasionally.

Arnautovic simply wasn’t worth the price tag. His record of six goals and five assists the previous season proved the point emphatically. His slumping shoulders and negative attitude were seen far more often than his natural ability.

Going 13 games without a goal or a good performance only bolstered his critics. Here was the player they knew well doing what they expected. Then, last December, everything was turned on its head. An unlikely saviour arrived in David Moyes.

He converted Arnautovic to a striker and West Ham hasn’t looked back since. Now the Austrian is the target of interest from China and the Hammers are turning them away despite a £35million bid being on the table. Why? Because they believe their man is worth more than has been offered. The fact is they are justified to think so. Arnautovic has become the key man at the London Stadium. More than that, he’s become a man worthy of a big price tag.

Last season he managed 11 league goals in total, the most by a West Ham player since Bobby Zamora 11 seasons ago. That total was the same as Alvaro Morata and one short of Eden Hazard and Son Heung-min. Leroy Sane and Sadio Mane both only managed ten. 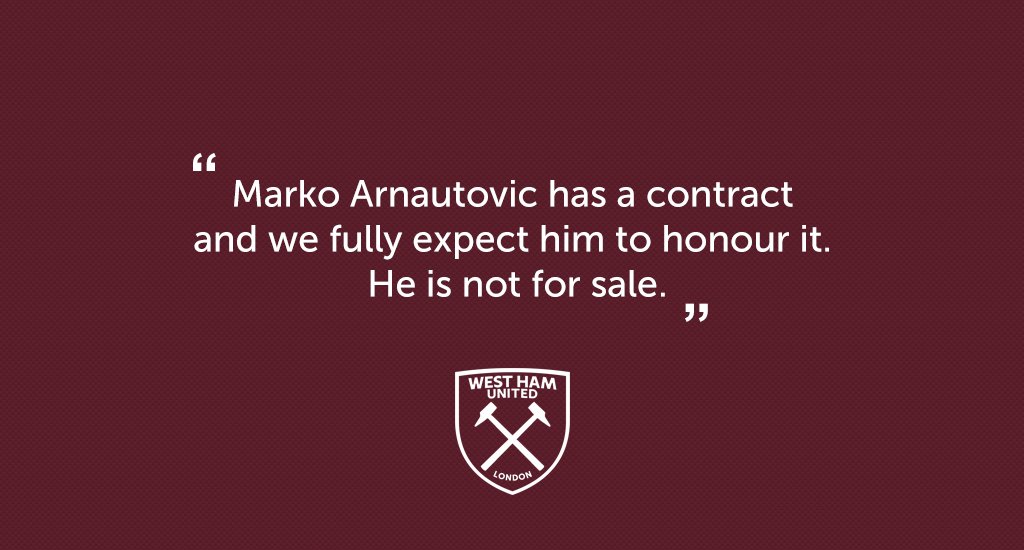 West Ham United
WestHamUtd
Follow
In response to the statement from the brother and agent of Marko Arnautovic this afternoon, the Club has issued the following: https://t.co/6A2p3glFhg
Follow
16:32 PM - 10th Jan 19
1059
4627

This season, Arnautovic has followed the same track. He has seven goals in 15 league games, the same amount as Alexandre Lacazette and Sane, to name two. Son Heung-Min again only has one more. So do Roberto Firmino, Sadio Mane and Antony Martial. All are considered superstar players worthy of big transfer fees.

The recent draw with Brighton further highlighted his importance. 2-0 down to the Seagulls, the Hammers were looking lost. Arnautovic’s two goals proved to be the difference once again. His powerful, goalscoring performance dragged his team out of the mire and rescued a point where it was once a distant dream.

It is not the first time the striker has done it and it is unlikely to be the last. Indeed, a look at last season proves that point. Arnautovic was the key to the Hammers survival.

Without his goals, they would have been eight points worse off and avoided the drop by a single point. Instead, they finished 13th and nine points away. Only two points separated them from the top ten. This season they have tried to move away from that reliance but had to spend big to sign Felipe Anderson to do so. Even then, Arnautovic has not been eclipsed. Anderson has only managed one more goal than him.

Arnautovic is West Ham’s central figure and the key to everything they do. That remains the case under Manuel Pellegrini this season. Without him, it is hard to see who scores the goals that keep them going, particularly with Javier Hernandez struggling for fitness. 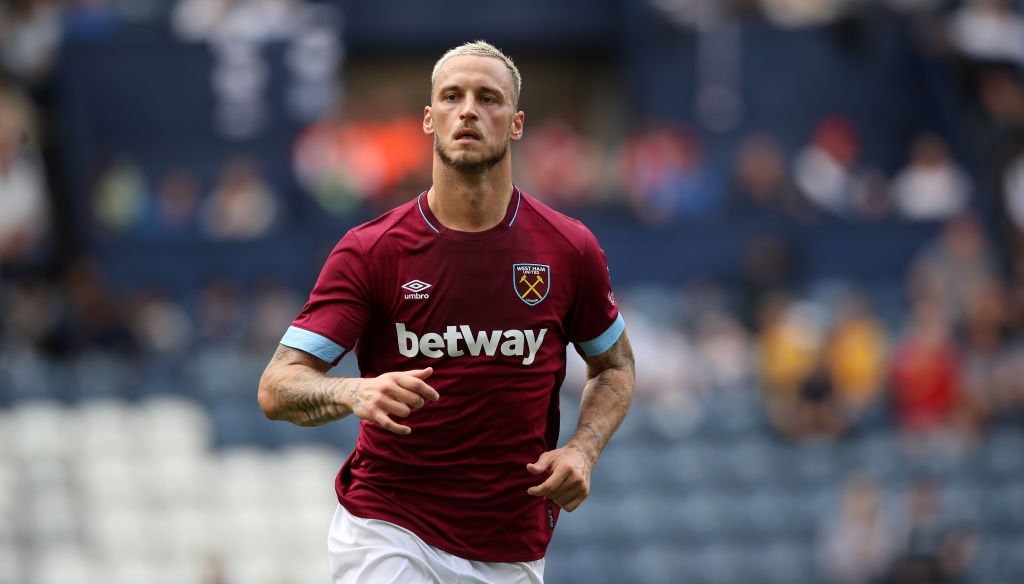 Squawka Football
Squawka
Follow
Marko Arnautović for West Ham in the Premier League since the start of last season:

They are as reliant upon him as Crystal Palace are Wilfried Zaha, for example. If he were to leave Selhurst Park it would be for a much greater fee than the £35million West Ham have been offered for Arnautovic. Yet, the Austrian outperformed Zaha in nearly every area last season.

Some people may believe that the Hammers are foolish to turn down such a fee for a 29-year-old. Even more so given the price they paid for him in the first place. They believe the chance to make their money back should be one they take gratefully.

That is a short-sighted view of the situation, though. The fact is that Arnautovic is key to West Ham United. It would be remiss to suggest he is irreplaceable but he is close to that level for them. His goals alone have given him that status.

However, Manuel Pellegrini and his squad now it is more than that as well. Arnautovic is the man they turn to in a crisis. He is often the man that will pull them out of it too. And because of that, they have every right to ask for more before considering letting him leave.