I've always found West Ham United rather mystifying. The Hammers are a sizeable club with some brilliant history, though recently, all they've done is confuse.

Money has always been spent by the East London club, often in fits and spurts. Over the last eighteen months The Irons have signed the three-most expensive players in their history. However, West Ham still finds themselves in a relegation dogfight rather than battling it out for a spot in continental competition. As they say, money doesn't always guarantee success. The Hammers being a prime example.

That said, their fans are well within their rights to demand more. Take Felipe Anderson for example. The Brazil international made the move to the London Stadium filled with promise aplenty. He'd hit the ground running and immediately endear himself to those ever-loyal West Ham supporters, though after the initial honeymoon period was over, 2019 proved to be a real testing twelve months for the talented attacker.

Anderson's confidence looked shot (as did that of the whole squad). Positive results looked like a chore rather than the art-form it should be. Eventually, Manuel Pellegrini would succumb to the pressure and he'd pay for it by losing his job. Enter a familiar face to West Ham fans; David Moyes.

Sometimes a change-in-manager is all that's required. Having a different leader in charge can flick a mental switch and instil a new lease of life. Suddenly, this West Ham squad, fronted by Anderson, looks courageous, tenacious and hungrier than ever. The early signs are certainly positive while Moyes is definitely saying all the right things publicly. A 4-0 drubbing at home to AFC Bournemouth certainly felt like the lighting of the touchpaper. 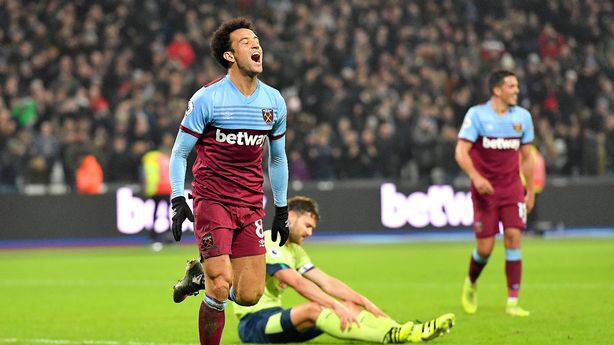 “I asked him if he was Brazilian.

Brazilian's score goals, Brazilian's make the difference , they do something which makes us all excited, I said you're not doing that.

In Anderson, it felt like a switch had been flicked and everything suddenly clicked back into gear. The 25-year-old no longer looked somewhat timid when running at defenders. The Brazilian would run at Bournemouth defenders, chest-out, assured and full-blooded. He looked like the player capable of winning two caps for the Seleção.

It took Anderson 66 minutes against Eddie Howe's men to strike his first goal of the term. Credit must go to Declan Rice for some brilliant play in the build-up but take nothing away from Anderson's run, underrated strength to hold off the defender and deft finish to complete the rout. He certainly didn't look like a player filled with apprehension. Absolutely mustard.

Now it's about kicking on from here and taking his game to that next level. I've always been a huge Anderson fan, though he can frustrate. I liken him to ex-Manchester United winger Nani who was unstoppable on his day. The problem is, his day isn't anywhere near often enough, though the winger does have time on his side to change that.

I understand that West Ham fans have every reason to be wary. Anderson's topsy-turvy, inconsistent form and sometimes lazy attitude needs to be addressed, but he's an immensely talented kid who has the potential to go right to the top with patience. Moyes has injected that fire back into his belly and now watch Anderson tear up the league from now until the season's end - propelling West Ham up the table and away from relegation in the process.